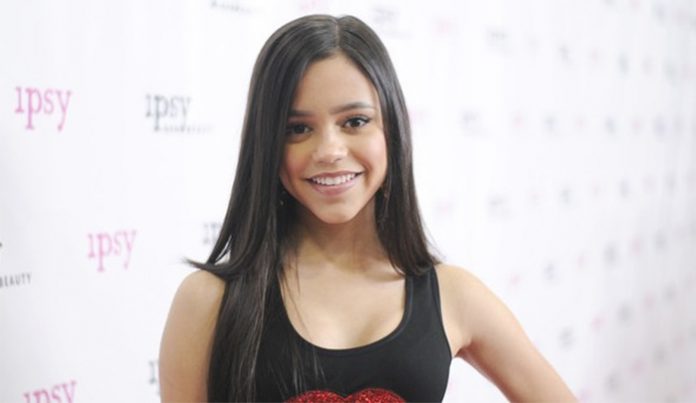 A teen actress, Jenna Ortega made her debut at the age of nine in an episode of the CBS sitcom, Rob. Since then, she has appeared in several other titles including CSI: NY, Deadtime Stories, Stuck in the Middle, Rake and Richie Rich to name a few. Most recently, she voiced Princess Isabel in the cartoon Elena of Avalor earlier this year.

Outside of television, she has also worked on a few films including Iron Man 3, Insidious: Chapter 2 and After Works. Later this year, she will be making an appearance in Saving Flora, which will be starring David Arquette, Rhea Perlman, and Leonor Varela.

How rich is the teen star? How much has she earned from her acting career? According to various sites, Jenna Ortega has amassed an impressive net worth of $2 million as of 2018. What does she owe her wealth to? What other things is she involved in? Let’s take a look.

How did Jenna Ortega Make Her Money & Wealth?

Born on September 27, 2002, in Coachella Valley, California, Jenna Ortega is of Mexican and Puerto Rican descent. Interested in acting as a young girl, she began to receive auditions at the age of eight with her mother’s help. A year later, she made her acting debut in the television series, Rob. Not long afterward, she made a guest appearance in the popular procedural series, CSI: NY.

In 2013, she made her big screen debut in the box office hit, Iron Man 3, albeit as a minor character. From there, she also appeared in the horror film, Insidious: Chapter 2, which starred Patrick Wilson, Rose Byrne, and Lin Shaye.

The following year, the teen landed a recurring role in the comedy-drama Rake. Premiered on January 23, 2014, the series revolved around a criminal defense lawyer (played by Greg Kinnear) and his self-destructive behavior.

The following year, the teen landed a recurring role in the comedy-drama Rake. Almost immediately afterward, she was cast in The CW’s Jane the Virgin in 2014. Nominated for a Golden Globe Award, the series saw her playing the role of young Jane, the series’ title character.

In 2016, she began to star in the Disney comedy Stuck in the Middle. One of the main cast members, she played the role of Harley Diaz, the central character of the series. Her most prominent portrayal to date, the show has earned her a significant amount of fans over the past couple of years. Nominated for three Kids’ Choice Awards, it continued for three seasons, before ending in July 2018. Considering how popular the title was, it’s likely that she earned a considerable amount from the series.

Since then, she has worked on a few other shows including Elena of Avalor, Elena and the Secret of Avalor and Bizaardvark. As herself, she has also been featured in programs such as Be Your Best Snackdown, Kiki Mobile, Piper’s Picks TV, American Latino TV. Earlier this year, she also presented at the 2018 Radio Disney Music Awards.

No, Jenna Ortega is not married. Though there have been rumors, it has not been officially confirmed that she is currently in a relationship.

Does Jenna Ortega Have Any Children?

No, Jenna Ortega does not have any children.

Does Jenna Ortega Go to College?

No, in fact, Jenna Ortega is currently still in high school. For now, it’s unknown whether or not she plans on going to college.

What is Jenna Ortega Famous For?

Jenna Ortega rose to fame after appearing on The CW’s Jane the Virgin in 2014. Since then, she has also starred in Disney’s Stuck in the Middle, which has led her popularity to increase.

As far as we can tell, Jenna Ortega currently lives with her parents in California. Additional details are not available at this time.

What Kind of Car Does Jenna Ortega Drive?

Jenna Ortega is currently too young to drive.

How Much Money Did Jenna Ortega Make Last Year?

Details on Jenna Ortega’s 2017 salary is not available at this time.

Over the past few months, she has appeared in several series including Bizaardvark, Stuck in the Middle, Elena of Avalor and Fish Hooks. Later this year, she will also be playing a role in the film Saving Flora.

Want to know what the teen star is up to? If so, why not follow Jenna Ortega on social media? You can find her on Instagram and Twitter at @JennaOrtega. On Facebook, you can also visit her official page here for the latest news and updates.