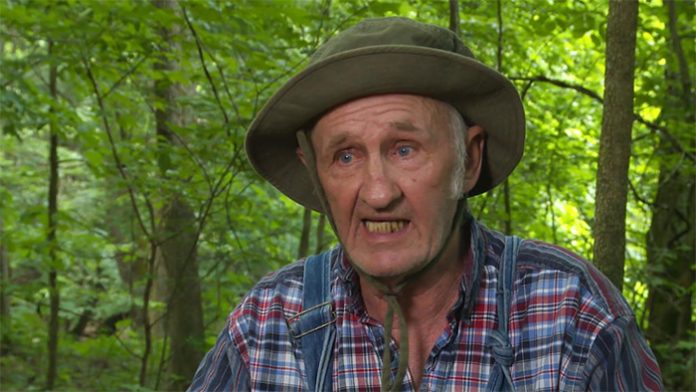 A television personality, Jim Tom is best known for his work on the Discovery Channel’s documentary drama, Moonshiners. Premiered in 2011, the show dramatizes the life of those who illegally produce moonshine (aka high-proof distilled spirits) across the United States.

One of the main cast members, Jim was introduced in the second season, which aired in 2012. Popular among viewers, the series has since continued for several seasons, the latest of which aired earlier this year. As far as we can tell, he has not appeared in any other television programs.

How wealthy is the Moonshiner? How much does he make from producing the beverage? What is his salary on the show? How lucrative is his television career? According to various sources, Jim Tom has amassed a net worth of $200,000 as of 2018. What does he owe his wealth to? Since we’re here, let’s take a closer look at his achievements below.

How did Jim Tom’s (From Moonshiners) Make His Money & Wealth?

Born on December 25, 1940, Jim Tom was raised in Graham County, North Carolina, where he started to work as a moonshiner in his teens. Originally hired to haul sugar, it was his boss at the time—who had owned a distillery, that first introduced him to the business. In addition to making shine, he has worked several other jobs in the past including as a plumber and as a vehicle maintenance guy.

In 2012, he began to star in the docudrama, Moonshiners. Premiered on December 6, 2011, the series dramatizes the lives of those who illegally produce moonshine in the United States. Popular among viewers, the premiere had attracted nearly 3 million viewers. With that said, it wasn’t until the second season that Jim Tom made his debut on the show, after being called in to help Mark and Jeff, two of the original cast members.

From there, he remained on the show until season six, which wrapped up in March 2017. Despite being an audience favorite, however, many were surprised to learn that he did not return for season seven. Considering his line of work, many began to speculate whether or not he had landed himself behind bars, or worse—he had fallen ill. To everyone’s relief though, it was later revealed on his official Facebook page that he is in fact, doing well.

How much was he paid for his appearances on Moonshiners? Unfortunately, details of his salary have not been revealed to the public. With that said, it’s probably fair to say that it has yielded him a significant amount, especially when the show’s popularity is taken into consideration. As far as we know, Jim Tom has not appeared on any other TV shows as of 2018. For now, it’s hard to say whether or not he will be returning to the series sometime in the future. One thing’s for sure though, he is alive and well!

Unfortunately, not much information is available on his personal life. At this time, it’s unknown whether or not Jim Tom is married.

Does Jim Tom Have Any Children?

As far as we know, Jim Tom does not have any children.

Does Jim Tom Go to College?

Unfortunately, not much is known about Jim Tom’s personal life. As far as we can tell, however, he has not gone to college.

What is Jim Tom Famous For?

Jim Tom rose to fame after joining the main cast of Moonshiners, a docudrama that premiered on the Discovery Channel in 2011.

The last that we’d heard, Jim Tom resided in North Carolina. We do not have any additional information on his whereabouts at this time.

What Kind of Car Does Jim Tom Drive?

Details on Jim Tom’s vehicle is not available at this time.

How Much Money Did Jim Tom Make Last Year?

Unfortunately, we do not have any information on Jim Tom’s 2017 earnings at this time.

To the dismay of fans, Jim Tom hasn’t appeared on Moonshiners since 2016. For now, it’s hard to say whether or not he will be returning to the show sometime in the near future.

As far as we know, the Moonshiner is not active on social media. With that said, he does not have a Facebook fan page that you can check out here. For his latest television appearances, you can visit his official IMDb page.