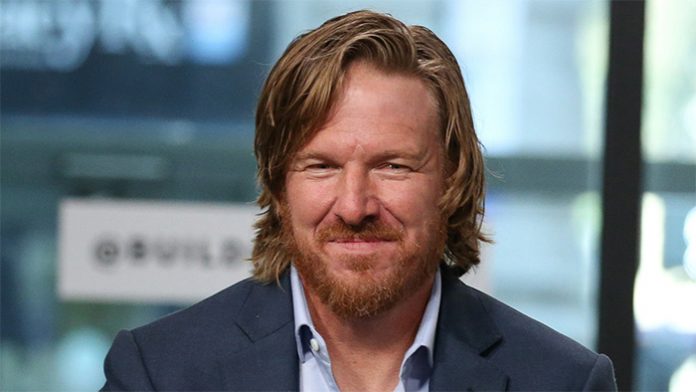 A reality star, Chip Gaines is best known for his appearances on the HGTV reality program, Fixer Upper. Premiered in 2013, the show also features his wife Joanna, with whom he owns a remodeling and design business called Magnolia Homes. Popular among viewers, it ultimately continued for five seasons, before ending earlier this year.

Since his rise to fame, he has been featured in several other TV programs including Entertainment Tonight, Celebrity Page, Fox and Friends, The Insider and Extra. Most recently, he and his wife hosted the spin-off series Fixer Upper: Behind the Design, which aired in April 2018.

How rich is the TV personality? How much did he and his wife make from hosting Fixer Upper? How successful is their remodeling business? According to various sources, Chip Gaines’ 2018 net worth stands at an estimated $9 million. Where did he earn this fortune of his from? Let’s take a look at this below.

How did Chip Gaines Make His Money & Wealth?

Born on November 14, 1974, in Albuquerque, New Mexico, Chip Gaines and his family moved to Colleyville, Texas, when he was eight years old. Growing up, he often spent time at his grandfather’s farm in North Texas. Upon graduating from Grapevine High School in 1993, he went to the Hankamer School of Business at Baylor University, from which he eventually received a marketing degree.

As fate would have it, he eventually met his wife Joanna at her father’s automobile shop after his car suffered from brake failure. Falling in love, they dated for a few years before tying the knot in 2003. Not long afterward, they welcomed their first child, a son named Drake. Since then, they’ve had four other children including Emmie Kay, Ella, Duke, and Crew.

In 2013, the couple began to star in their own reality series titled, Fixer Upper on HGTV. Premiered on May 23, 2013, the show follows them as they work with various clients to repair or renovate a home. Relatively popular, the first season had drawn in well over a million viewers in the United States.

In the end, Fixer Upper continued for five years; in fact, the fifth and final season had recently just ended on April 3, 2018. By then, Chip and Johanna had both established themselves on reality TV. How much did they earn from the show? While the exact numbers have not been revealed, some have speculated that they made upwards of $30,000 per episode. Seeing as how the series continued for several years, it would have contributed a significant amount to their overall income.

Just a week after the series ended, Chip and his wife began to star in a spin-off titled, Fixer Upper: Behind the Design. Premiered on HGTV, the half-hour series revolves around how the latter comes up with the designs seen in the original show.

As far as other television appearances go, Chip has been featured in several other programs over the past few years including Entertainment Tonight, Today, HGTV Insider, The Insider, and Harry.

Yes, he has been married to his wife Joanna Gaines since 2003.

Does Chip Gaines Have Any Children?

Yes, he and his wife have five children—Drake, Emmie, Duke, Ella and Crew, the last of whom was born earlier this year.

Does Chip Gaines Go to College?

Yes, he went to the Hankamer School of Business at Baylor University, from which he received a marketing degree. Interestingly enough, his wife had also gone to the same college, though they didn’t meet until after he had graduated.

What is Chip Gaines Famous For?

According to his official Twitter account, Chip Gaines and his family reside in Waco, Texas. We do not have any additional information at this time.

What Kind of Car Does Chip Gaines Drive?

Details on Chip Gaines’ vehicle is not available at this time.

How Much Money Did Chip Gaines Make Last Year?

Details on Chip Gaines’ 2017 salary is not available at this time.

As mentioned earlier, he most recently hosted the spin-off series Fixer Upper: Behind the Design with his wife, which premiered on April 10, 2018. Previous to that, the couple had starred in the fifth season of Fixer Upper.

What’s the reality star up to? Keep up with his updates by following him on social media—you can find Chip Gaines on Twitter and Instagram at @ChipGaines. On Facebook, he and his wife also have an official fan page that you can check out here.