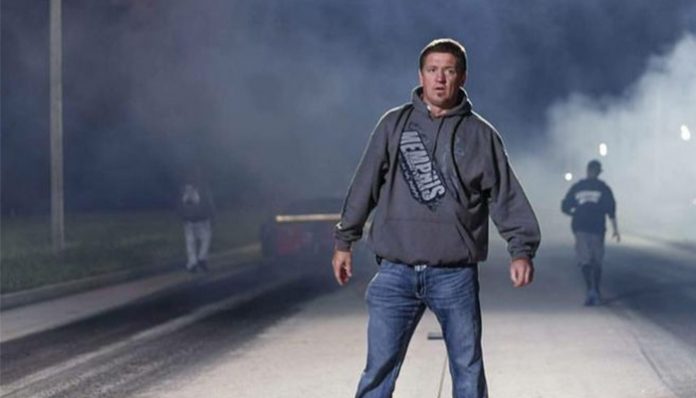 A reality star, Jonathan Day aka JJ Da Boss is perhaps best known for his appearances on Street Outlaws: Memphis. A spin-off of the original Street Outlaws, it recently premiered on the Discovery Channel earlier this year. As far as we know, he will be returning for the second season, which is currently in the works.

Since his rise to fame on the show, he has earned a significant fanbase with tens of thousands of followers on social media. In fact, he has gained more than 86,000 fans on Instagram alone as of 2018.

How well-off is the street racer? How much has he earned from starring in the Street Outlaws franchise? Does he win any money from his races? What else does he have going on? According to various sources, JJ Da Boss’ 2018 net worth stands at an estimated $1 million. Where did this money come from? Let’s take a look at his career below.

How did JJ Da Boss Make His Money & Wealth?

Born on August 10, 1973, in Memphis, Tennessee, Jonathan Day aka “JJ Da Boss” was brought up in a small Arkansas town called Joiner. Ever since he was young, he has been passionate about cars—particularly muscle cars. By the time he was ten years old, he had started to drive and race on the dirt roads around Mississippi County. Due to the fact that his family was not well off, he often hustled on the side to make money.

Sometime after graduating from Rivercrest High School in 1992, purchased his first vehicle—a “66” Chevy II Nova. Lacking the money and parts to participate at the race tracks, he eventually took up street racing. Just as his career was taking off, however, a few questionable decisions landed him behind bars. In the end, he was incarcerated for eight years, before being released.

Many years later, JJ Da Boss made his television debut in an episode of Street Outlaws titled, Street Mission which aired on December 26, 2016. In its eighth season at the time, the show is popular as it offers viewers an inside glimpse into the world of street racing.

Two years afterward, he was given his own reality series titled, Street Outlaws: Memphis. A spin-off of the original, it premiered on the Discovery Channel on January 15, 2018. Not only does the show star JJ Da Boss, but it also features his “rough and ready team” from Memphis, Tennessee, a close-knit group that has been working together for a few decades.

Following an eight-episode run, the first season wrapped up on March 4, 2018. Not long afterward, it was announced that the second season had started filming in April 2018. As far as we can tell, it will be released sometime next year.

How much has JJ Da Boss earned from the show? Seeing as how he’s the main star of the spin-off, it’s likely that his salary is nothing to scoff at. With that said, we do not have any exact numbers at this time. In terms of other endeavors, he also runs a successful business that fixes and sells old vehicles.

Yes, he has been married to his wife Tricia Day, a fellow racer, for many years.

Does JJ Da Boss Have Any Children?

Yes, he and his wife have 11 children altogether.

No, as far as we know, he started hustling and working out of high school.

What is JJ Da Boss Famous For?

JJ Da Boss initially made himself known on the reality series Street Outlaws. Since then, he has begun to star a spin-off titled, Street Outlaws: Memphis.

JJ Da Boss and his wife live in Memphis, Tennessee, where he runs a successful car business. We do not have any pictures of his home at this time.

What Kind of Car Does JJ Da Boss Drive?

Details on JJ Da Boss’ vehicle is not available at this time.

How Much Money Did JJ Da Boss Make Last Year?

Unfortunately, we do not have any information on JJ Da Boss’ 2017 earnings at this time.

JJ Da Boss recently starred in the first season of Street Outlaws: Memphis, which premiered on the Discovery Channel on January 15, 2018. The last that we’d heard, he was filming for the second season.

Want to keep up with the street racer? If so, why not follow JJ Da Boss on social media? You can find him on Twitter and Instagram at @MSO_JJdaBoss. For the latest updates on the show, you can check out the official Street Outlaws: Memphis Facebook page here.