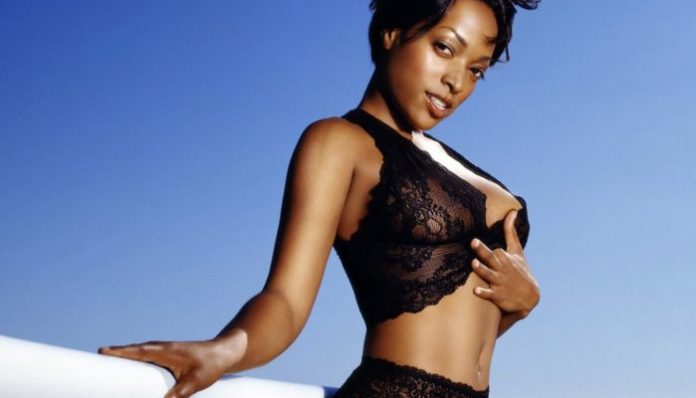 An accomplished actress, Kellita Smith is best known for playing Wanda McCullough in the early 2000’s sitcom, The Bernie Mac Show. Her most prominent television credit to date, her portrayal had earned her two NAACP Image Award nominations in the mid-2000’s.

As far as other TV appearances go, she has appeared in several other shows including Martin, Sister, Sister, Malcolm & Eddie, and The First Family. Since 2014, she has also been starring in the Syfy drama series, Z Nation. Likewise, on film, she has worked on a number of titles over the years such as Imperial Dreams, Feel the Noise and The Man in 3B.

How wealthy is the entertainer? What was her salary on The Bernie Mac Show? How lucrative is her acting career? According to various sites, Kellita Smith’s current net worth sits at an estimated $3 million. Let’s take this opportunity to learn more about her below.

How did Kellita Smith Make Her Money & Wealth?

Born on January 15, 1969, in Chicago, Illinois, Kellita Smith grew up in Oakland with her brother Eric. Upon graduating from Santa Rosa Junior College, where she studied political science, she did modeling work for a few years. From there, she began to act in stage plays such as No Place to be Somebody and Tell It Like It Tiz. Ultimately, it wasn’t until later on that she started to appear on television.

In 1993, she made her television debut in the sketch comedy series, In Living Color. As one thing led to the next, she landed a recurring role in the Fox sitcom, Martin just a year later, in 1994. That same year, she appeared on the big screen for the first time in the film, House Party 3, though she ultimately did not make it into the credits.

In the end, she rose to fame in the early 2000’s, after being cast as Wanda McCullough in the Fox sitcom, The Bernie Mac Show. Premiered on November 14, 2001, the show’s main cast also included Bernie Mac, Jeremy Suarez, Camille Winbush, and Dee Dee Davis. Incredibly popular, the first season drew in nearly 10 million viewers in the U.S.

Praised for her portrayal of the loving wife, Smith’s popularity grew quickly in the early 2000’s. In the end, the sitcom continued for five seasons, until 2006. Unfortunately, however, details about her salary have not been disclosed to the public.

Following the end of The Bernie Mac Show, the actress appeared in several films including Feel the Noise, Conspiracy X, and She’s Not Our Sister. Ultimately, it wasn’t until the 2010’s that she returned to the small screen as Katherine Johnson in the sitcom, The First Family, which ran from 2012 to 2015. Since then, she has starred as Roberta Warren in the Syfy series, Z Nation.

In terms of movie appearances, Smith most recently appeared in the drama film, The Choir Director. Last year, she also played a supporting role in the movie, The Preacher’s Son.

No, as far as we know, Kellita Smith is currently single. With that said, that is only an assumption as she tends not to talk about her personal life.

Does Kellita Smith Have Any Children?

No, Kellita Smith does not have any children.

Does Kellita Smith Go to College?

Yes, she went to Santa Rosa Junior College, from which she earned an associate degree in political science.

What is Kellita Smith Famous For?

Kellita Smith is best known for playing Wanda McCullough in the Fox sitcom The Bernie Mac Show in the early 2000’s. Currently, she stars in the action-horror series Z Nation.

According to Kellita Smith’s Twitter location, she is currently based in Los Angeles. We do not have any pictures of her abode at this time.

What Kind of Car Does Kellita Smith Drive?

Details on Kellita Smith’s vehicle is not available at this time.

How Much Money Did Kellita Smith Make Last Year?

Unfortunately, we do not have any information on Kellita Smith’s 2017 earnings at this time.

On television, Kellita Smith currently stars as Lieutenant Roberta Warren in the Syfy action series Z Nation. Renewed for a fifth season, it will be premiering on September 7, 2018.

Wondering what the actress is up to? Keep up with her by following her on social media—you can find Kellita Smith on Twitter and Instagram at @KellitaSmith1. On Facebook, she also has an official fan page, which you can follow by clicking here.