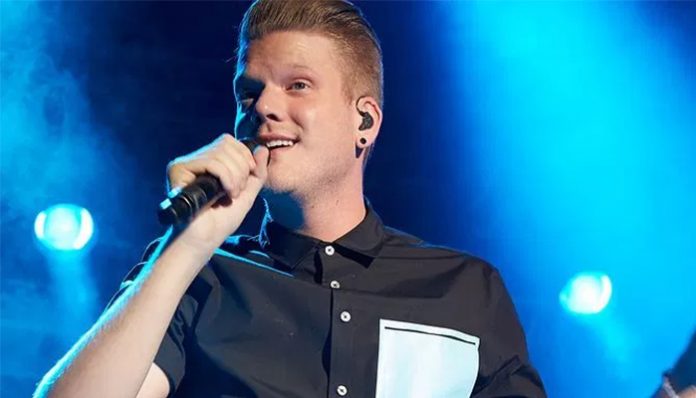 A pop singer, Scott Hoying is best known as a member of the a cappella group, Pentatonix. Formed in 2011, they rose to fame after winning the third season of NBC’s singing competition The Sing-Off. Since their debut,  they’ve released several albums including PTX, Pentatonix, and PTX Presents: Top Pop, Vol. 1, to name a few.

In addition to his work with the group, he also runs a successful YouTube channel with Mitch Grassi, a fellow Pentatonix member. Noted for their vlogs, the duo has since gained more than 2 million subscribers to date. In fact, they even put together an album titled, Future Friends last fall.

How wealthy is the twenty-something? How lucrative is his career with Pentatonix? How many records have they sold? According to various sources, the songwriter has amassed a net worth of $2 million as of 2018. What contributes the most to his overall income? Let’s find out below.

How did Scott Hoying Make His Money & Wealth?

Born on September 17, 1991, in Arlington, Texas, Scott Hoying has been singing ever since he was eight years old. A student at Martin High School, he and two of his best friends, Mitchell Grassi and Kristin Maldonado later formed a trio in order to take part in a local radio competition. After graduating, he went to the University of Southern California, during which he sang with the SoCal VoCals.

In 2011, he and his friends reunited to create an a cappella group called Pentatonix. Just a few months afterward, they competed on the third season of NBC’s reality series, The Sing-Off. The winners of the entire competition, they were given a recording contract with Sony Music. Their debut EP, PTX Volume 1 was later released in June 2012.

Since then, the group has come out with several other projects including the albums PTX, That’s Christmas to Me, A Pentatonix Christmas and Pentatonix. Earlier this year, they released their sixth project titled, PTX Presents: Top Pop, Vol. I on April 13, 2018. A cover album, it featured various songs by Camila Cabello, Ed Sheeran, Alessia Cara, and Julia Michaels to name a few. Well received, it reached number 10 on the Billboard 200.

Considering everything, it’s obvious that a good chunk of Hoying’s income comes from his work with Pentatonix. In addition to their records, most of which are commercial successes, the group has also embarked on a number of tours, all of which would yield them a considerable amount of earnings. In fact, they are currently on the road as we speak for the PTX Summer Tour 2018.

On top of all that, they also run an immensely popular YouTube channel. Since its launch in 2011, they have gained over 15.4 million subscribers with more than 3.4 billion views. Assuming that their content is monetized (which it most likely is), they would earn a hefty amount from ad revenue. To date, their most popular upload, the official music video for Hallelujah has generated over 338 million views.

No, Scott Hoying is not married. Openly gay, he is currently single.

Does Scott Hoying Have Any Children?

No, Scott Hoying does not have any children.

Does Scott Hoying Go to College?

Yes, he went to the University of Southern California after completing his high school studies.

What is Scott Hoying Famous For?

Scott Hoying is best known as one of the founding members of the popular a capella group, Pentonix. Formed in 2011, they rose to fame after winning the third season of The Sing-Off.

Scott Hoying currently resides in Los Angeles, according to his official Twitter account. We do not have any pictures of his home at this time.

What Kind of Car Does Scott Hoying Drive?

Details on Scott Hoying’s vehicle is not available at this time.

How Much Money Did Scott Hoying Make Last Year?

Unfortunately, we do not have any information on Scott Hoying’s 2017 earnings at this time.

Earlier this spring, Pentatonix released their sixth studio album, PTX Presents: Top Pop, Vol. 1. In support of the project, they are currently on the road for their 2018 Summer Tour, which will continue until September 16, 2018.

Want to keep up with the singer? If you’re a fan, you’ll want to follow him on social media—you can find Scott Hoying on Instagram and Twitter at @ScottHoying. If you’re on Facebook, you can also show your support by liking his official fan page here. While you’re at it, don’t forget to also check out his YouTube channel!