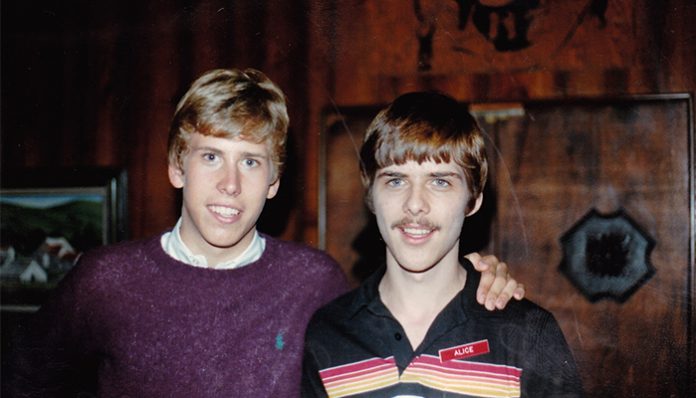 Hailing from New York, Philip McKeon is perhaps best known for his portrayal of Tommy Hyatt in the sitcom Alice, which ran throughout the ‘70s and ‘80s. His most prominent credit to date, it had played a significant role in the launch of his acting career.

Aside from Alice, he appeared in several other series including CHiPs, Fantasy Island, The Love Boat, and Amazing Stories. By the late ’80s, he also began to work on a few films such as Return to Horror High, 976-EVIL 2: The Astral Factor and Ghoulies 4. To the dismay of fans, however, he has not picked up any roles since the early ‘90s.

How wealthy is the American actor? How much was he paid for his starring role in Alice? What is he up to nowadays? Unfortunately, information on Philip McKeon’s net worth is not available at this time. Since we’re here though, let’s take a closer look at his acting career.

How did Philip McKeon Make His Money & Wealth?

Born on November 11, 1964, in Westbury, New York, Philip McKeon is the son of Donald and Barbara McKeon. Growing up, he began his professional career at the age of four. More specifically, his parents had taken him to a local modeling audition, where he successfully landed a number of gigs. Not only did he appear in magazines but he eventually also made appearances in television commercials.

Over the next few years, he worked a number of modeling jobs, before getting involved with stage productions. Ultimately, it was during one of these performances that he caught the eye of Linda Lavin, who recommended him for the part of Tommy Hyatt in the television series, Alice.

Based on the film, Alice Doesn’t Live Here Anymore, the sitcom premiered on CBS on August 31, 1976. Starring Linda Lavin, the plot revolves around a widow and her young son (played by McKeon) who decide to start life over together in Phoenix, Arizona. Other members of the main cast included Vic Tayback, Beth Howland, Polly Holliday, and Diane Ladd.

Responsible for his rise to fame, Alice continued into the ‘80s for a total of nine seasons. By the end of the series, McKeon had appeared in well over 100 episodes. Despite being his most prominent television credit, however, it has not been disclosed how much he was paid for the role. Nonetheless, it’s likely that it had yielded him a decent amount over the years.

In addition to Alice, he appeared in several other television titles in the ‘80s including Leadfoot, The Love Boat, Fantasy Island, Favourite Son, and Amazing Stories. Following the end of the sitcom, the young actor also began to work on a few films such as Return to Horror High, 976-EVIL 2: The Astral Factor and Ghoulies 4.

Despite all this, however, McKeon hasn’t returned to acting since the ‘90s. With that said, he did make a guest appearance in the documentary, Biography in 2010. Prior to that, he was also featured in a few episodes of The 100 Greatest TV Quotes & Catchphrases.

Not much is known about Philip McKeon’s personal life. As far as we can tell, he is not married.

Does Philip McKeon Have Any Children?

No, as far as we know, Philip McKeon does not have any children.

Does Philip McKeon Go to College?

Unfortunately, not much is known about Philip McKeon’s education background at this time.

What is Philip McKeon Famous For?

Philip McKeon rose to fame as a child star in the mid-’70s in the CBS sitcom, Alice. His most prominent television credit to date, he starred in the series for nearly a decade.

Unfortunately, we do not have any information on Philip McKeon’s whereabouts at this time, nor do we have any pictures to share.

What Kind of Car Does Philip McKeon Drive?

How Much Money Did Philip McKeon Make Last Year?

Details on Philip McKeon’ 2017 salary is not available at this time.

As far as we can tell, Philip McKeon has not acted since the ’90s (his last role being that of a demon in the 1994 video, Ghoulies 4). In 2010, however, he did make an appearance in the TV documentary, Biography.

Regrettably, it doesn’t look like the former child star is active on social media at this time. For his list of acting credits, you can check out his IMDb page by clicking here.