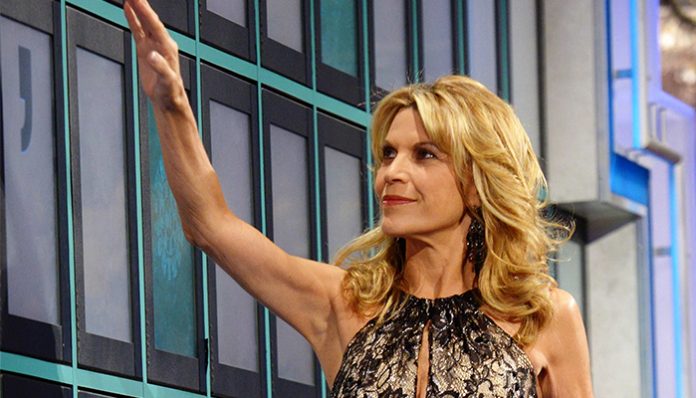 A television personality, Vanna White is perhaps best known for hosting the popular game show, Wheel of Fortune. Some of the other programs that she’s been featured in over the years include Celebrity Page, The Chew, Home & Family, and Game Changers.

Since the early ‘80s, she has also played over a dozen characters on television and film. For instance, she has acted in the movies Double Dragon, The A-Team, Graduation Day and Naked Gun 33/1/3: The Final Insult. Most recently, she made a guest appearance in Fresh Off the Boat in 2017.

How wealthy is the TV star? How much is she paid as the hostess of Wheel of Fortune? How successful is she as an actress? According to some sites, Vanna Whites has amassed an estimated net worth of $50 million as of 2018. How much of this came from the game show? What else contributes to her income? Let’s find out.

How did Vanna White Make Her Money & Wealth?

Born on February 18, 1957, in Conway, South Carolina, Vanna White is the daughter of Miguel Angel and Joan Marie Rosich. Raised by her mother and stepfather in North Myrtle Beach, as her parents divorced when she was an infant, she took the name of the latter, Herbert Stackley White Jr. Upon completing high school, she moved to Atlanta, Georgia, where she studied at the Atlanta School of Fashion. From there, she eventually went to Los Angeles in attempts to pursue an acting career.

In 1980, she landed her first role in the feature film, Gypsy Angels. From there, she appeared in a string of titles including Midnight Offerings, Graduation Day, and Looker. Later, she went on to play a minor character in an episode of the television series, Star of the Family.

A few months afterward, she was selected out of 200 applicants to host a new game show called, Wheel of Fortune. Created by Merv Griffin, it quickly proved to be a hit among viewers. The longest-running syndicated game show in the U.S., it has since continued for over three decades, with more than 6,000 episodes aired.

Responsible for her rise to fame, Wheel of Fortune is said to yield her an annual salary of $8 million as of 2018. In addition to what she earns from hosting the show, her popularity has garnered her a number of lucrative endorsement contracts over the years. At one point, she even starred in a TV film titled, Goddess of Love.

As far as acting goes, White has worked on several titles since the start of Wheel of Fortune including Married with Children, Naked Gun 33 1/3: The Final Insult, Just Shoot Me and The King of Queens. Most recently, she appeared as herself in the television series, Fresh Off the Boat in 2017.

In terms of other TV appearances, she has been featured in various programs such as Good Morning America, Celebrity Page, Game Changers, Home & Family, Larry King Now and The Chew. Nonetheless, Wheel of Fortune remains to be her most prominent credit to date.

No, Vanna White is not married. In the past, however, she was engaged to Michael Kaye, a businessman, though they never wed.

Does Vanna White Have Any Children?

No, Vanna White does not have any children that we know of.

Does Vanna White Go to College?

Not much is known about her education history, though it’s assumed that she has not gone to college.

What is Vanna White Famous For?

Vanna White is best known for hosting the popular game show, Wheel of Fortune, which has been on the air since 1982.

According to Vanna White’s official Twitter account, she is currently based in Los Angeles, California. We do not have any additional information at this time.

What Kind of Car Does Vanna White Drive?

Details on Vanna White’s vehicle is not available.

How Much Money Did Vanna White Make Last Year?

According to some sources, Vanna White earns $8 million a year from hosting Wheel of Fortune.

As of 2018, Vanna White is still hosting the popular game show, Wheel of Fortune. In terms of other appearances, she recently played a small role in the series, Fresh Off the Boat in 2017.

What’s the game show hostess up to nowadays? If you’re curious, why not check out her official social media accounts? You can find Vanna White on Twitter at @TheVannaWhite or on Instagram at @OfficialVannaWhite. On Facebook, she also has an official page, which you can visit here.