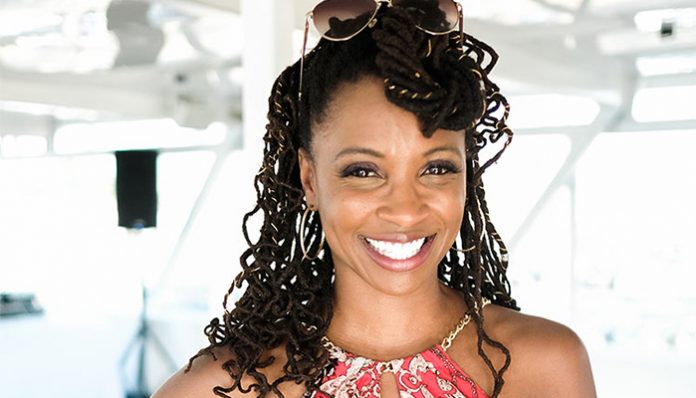 An award-winning actress, Shanola Hampton is best known for playing Veronica Fisher on the comedy-drama Shameless. Premiered in 2011, the series is still airing as we speak—in fact, the ninth season will be premiering later this fall.

Aside from Shameless, she has worked on several other television titles such as Pepper Dennis, Miami Medical, Related and Scrubs. On the big screen, she has also appeared in a number of movies including You Again, Forever, The Hanged Man, and Suburban Gothic. Most recently, she starred in a short film called Do No Harm in 2017.

How well-paid is she? How much does she receive for her starring role in Shameless? How lucrative is her career in the entertainment industry? According to various sources, Shanola Hampton’s current net worth stands at around $800,000. Where did she earn the majority of this from? How much of it came from her work on television? Let’s find out.

How did Shanola Hampton Make Her Money & Wealth?

Born on May 27, 1977, in New York City, New York, Shanola Hampton grew up with her four sisters in Summerville, South Carolina. Fond of the performing arts, she majored in theatre at Winthrop University upon completing high school. Continuing her education, she later received a master’s in Fine Arts from Illinois University. From there, she moved to Los Angeles in the early 2000’s, where she began to pick up various acting gigs.

After appearing in a few commercials, she landed her first guest appearance in the teen drama, Popular. Around that same time in 2001, she also played a minor character in The WB sitcom, Reba. By the mid-2000’s, she had appeared in several other titles such as Related, Scrubs, and The Mostly Unfabulous Social Life of Ethan Green.

Despite that, it wasn’t until later on that she rose to fame in Showtime’s comedy-drama, Shameless. The big break that she’d been waiting for, the show saw her as one of the main protagonists, Veronica Fisher. In addition to her, the cast also included William H. Macy, Emmy Rossum, Justin Chatwin, and Ethan Cutkosky, among others.

Premiered on January 9, 2011, the series attracted nearly one million viewers in the U.S. during its series premiere. Since then, its popularity has only gone up; for instance, the eighth season, which aired in 2017, had drawn in 1.86 million viewers. Incredibly popular, Shameless has won a number of accolades including three Primetime Emmy Awards, among many others.

Unfortunately, however, her salary on the show has not been disclosed to the public. Considering its success though, it’s likely that she receives a considerable sum per season. If anything, her pay has probably gone up since 2011.

In addition to Shameless, Hampton has worked on several other films and television series over the past few years including Forever, Do Not Harm, Christmas in the City, and Stalker. According to IMDb, she recently also worked on a movie titled, Through the Glass Darkly.

Outside of acting, she has been featured in several programs over the past few months, these include The View, Access Hollywood and Home & Family. Earlier this year, she also presented at the annual Oscars Award Ceremony.

Yes, Shanola Hampton has been married to film producer Daren Dukes since 2000.

Does Shanola Hampton Have Any Children?

Does Shanola Hampton Go to College?

Yes, she did. After high school, she went to Winthrop University, where she studied theater. From there, she received a master’s from the University of Illinois at Urbana-Champaign.

What is Shanola Hampton Famous For?

Shanola Hampton is best known for her portrayal of Veronica Fisher in the comedy-drama, Shameless. One of the main protagonists, she has been starring on the show since its premiere in 2011.

According to Shanola Hampton’s official Twitter account, she and her family live in Los Angeles. We do not have any pictures of their home at this time.

What Kind of Car Does Shanola Hampton Drive?

Details on Shanola Hampton’ vehicle is not available at this time.

How Much Money Did Shanola Hampton Make Last Year?

Unfortunately, we do not have any information on Shanola Hampton’ 2017 earnings at this time.

Shanola Hampton recently starred in the eighth season of Shameless, which wrapped up earlier this year. The ninth season will be premiering on September 9, 2018.

What’s the Shameless star up to? Keep updated with her news by following her on social media—you can find Shanola Hampton on Twitter and Instagram at @ShanolaHampton. On Facebook, she also has an official fan page, which you can check out here.