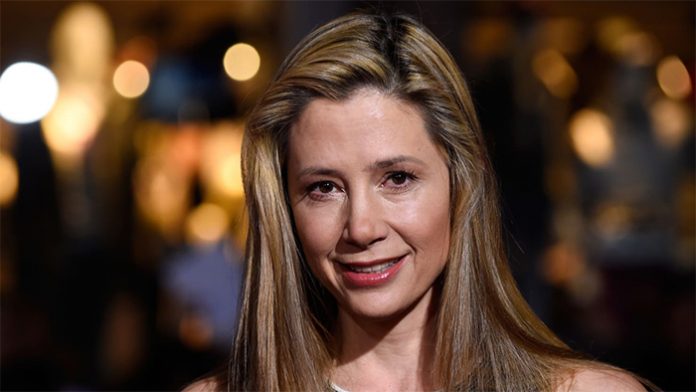 An award-winning actress, Mira Sorvino rose to fame in the mid-’90s for her portrayal in Woody Allen’s romantic comedy, Mighty Aphrodite. Since then, she has starred in several other films including Mimic, Romy and Michele’s High School Reunion, Like Dandelion Dust and The Replacement Killers. Most recently, she played a lead role in the survival film, 6 Below: Miracle on the Mountain in 2017.

In addition to the film, she has worked on a number of TV series over the years including Swans Crossing, Psych, Falling Skies, Intruders, and Stalker. Sometime later this year, she will also be starring alongside Anna Wood and Dave Annable in the drama, The Code.

How well-off is she? How lucrative is her film career? How much is she paid for her television roles? According to various sites, Mira Sorvino’s 2018 net worth hovers at around $16 million. Where did she earn the majority of this from? Let’s find out below.

How did Mira Sorvino Make Her Money & Wealth?

Born on September 28, 1967, in New York City, New York, Mira Sorvino had caught the acting bug at a young age. Growing up in Tenafly, New Jersey, she often took part in backyard plays with her childhood friend, Hope Davis. As a teen, she went to Dwight-Englewood School, where she participated in many theatre productions. Upon graduating, she attended Harvard University.

Several years later, she made her television debut in the teen drama, Swans Crossing. From there, she appeared in a handful of titles including Amongst Friends, Quiz Show and Sweet Nothing, before rising to fame in the romantic comedy, Mighty Aphrodite. Highly acclaimed, the movie played a significant role in the launch of her acting career. For her portrayal of Linda Ash, a happy-go-lucky prostitute, Sorvino eventually earned an Academy Award as well as a Golden Globe for Best Supporting Actress. Unfortunately, it’s not known how much she was paid for the starring role.

Since then, the actress has continued to star in numerous films such as The Replacement Killers, The Triumph of Love, Gods and Generals, Reservation Road and The Trouble with Cali. Most recently, she co-starred in 6 Below: Miracle on the Mountain, a movie based on a non-fiction book titled, Crystal Clear.

On television, she has also acted in several series over the past two decades. For instance, she has appeared in Will & Grace, Psych, Falling Skies, Intruders, and Stalker. Earlier this year, she also played a recurring role in the mockumentary, Modern Family.

In addition to that, she has worked on a number of TV films such as Norma Jean & Marilyn, The Last Templar, and Finding Mrs. Claus, the first of which had earned her a Golden Globe nomination and a Primetime Emmy Award nomination.

Outside of acting, Sorvino has also been featured in countless TV programs throughout her career; some of these include Home & Family, The Tomorrow, EW Reunites, The View and Hollywood Game Night. Earlier this year, she even presented at The Oscars.

Yes, she has been married to fellow actor Christopher Backus since 2004.

Does Mira Sorvino Have Any Children?

Does Mira Sorvino Go to College?

Yes, she went to Harvard University after graduating high school. During her time there, she spent one year in Beijing, China, as an exchange student, where she picked up Mandarin Chinese.

What is  Mira Sorvino Famous For?

Mira Sorvino rose to fame in the mid-‘90s after starring in Woody Allen’s romantic comedy, Mighty Aphrodite. Responsible for launching her acting career, her portrayal had earned her a Golden Globe and an Academy Award for Best Supporting Actress.

Mira Sorvino and her family reside in Los Angeles. We do not have any additional details at this time.

What Kind of Car Does Mira Sorvino Drive?

Details on Mira Sorvino’s vehicle is not available at this time.

How Much Money Did Mira Sorvino Make Last Year?

Unfortunately, we do not have any information on Mira Sorvino’s 2017 earnings at this time.

So far this year, she has appeared in a few television series including Modern Family, Spy Kids: Mission Critical and Conor. According to IMDb, she has several upcoming films, some of which include the titles The Islands, Waterlily Jaguar, Look Away and Stuber.

What’s the Hollywood star up to? If you’re a fan, why not follow Mira Sorvino on social media? You can find her on Instagram and Twitter at @MiraSorvino. While you’re at it, you can also check out her Facebook fan page here.