What Happened to Chris Kattan? – 2018 Update 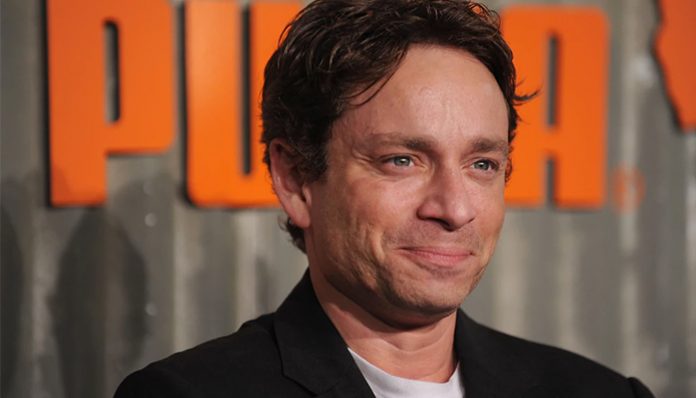 A talented comedian, Chris Kattan rose to fame for his work on Saturday Night Live in the late ‘90s. During his time on the show, he played many characters including Mango, Mr. Peepers, Kyle DeMarco and Azrael Abyss. In the end, he remained on the series for seven years, before departing in 2003.

Switching to acting, he subsequently worked on a number of films including Undercover Brother, The Year Without a Santa Claus, Christmas in Wonderland and Undead or Alive. On television, he also played various roles in the series Sunset Tan, The Middle and How I Met Your Mother, to name a few.

Has he worked on any TV shows lately? What was the last film that he starred in? Aside from his work in the showbiz, what else has he been up to? What happened to Christ Kattan? We’re here to find out!

If anything, he hasn’t shown any signs of stopping his showbiz career. In fact, he had recently just co-starred in a TV film called, The Time Castle. Released on April 7, 2018, the main cast also included Penelope Mitchell, Reginald VelJohnson, Shane Harper and Chase Coleman. Despite the strong cast, however, reviews have generally been mixed.

In addition to that, Kattan has also been reprising his role in the animated cartoon, Bunnicula, one that he has been playing since 2016. An experienced voice actor, he had worked on a few other series in the past including Jake and the Never Land Pirates, The Awesomes, and Voltron.

As far as upcoming projects go, it would appear that he’s been working on a few. According to IMDb, he recently worked on two movies—Lent! and The Bobby Roberts Project, the latter of which is still filming as we speak. Not only that, but it has been announced that he will be playing a role in a comedy film titled, A Funny Thing Happened on the Way to the Castle, which will be starring Don Rickles, Jon Lovitz, and Cloris Leachman.

Outside of acting, he has also been making appearances on various TV programs over the past year. For instance, he has been featured in Entertainment Tonight, To Tell the Truth, Sidewalks Entertainment and more recently, Celebrity Family Feud. At one point last summer, he also competed on ABC’s popular dancing series, Dancing with the Stars. Despite his best efforts, however, he and his professional partner Witney Carson were eliminated from the competition during the first week.

If you want to keep up with his latest updates, be sure to follow him on social media—you can find Chris Kattan on Instagram and Twitter at @ChrisKattan.

Born on October 19, 1970, in Culver City, California, Chris Kattan grew up on Bainbridge Island, Washington, where he went to Bainbridge High School. Upon graduating, he joined several sketch comedy troupes, one of which includes The Groundlings. From there, he landed a few minor roles on television; some of his earliest credits include the series NewsRadio, Grace Under Fire and The Making of ‘…And God Spoke.’

Eventually moving to New York City, he landed a big break in 1996 after being cast in Saturday Night Live. Known for his celebrity impersonations, his popularity quickly rose during his time on the show. In the end, he remained on the sketch comedy for seven years, until 2003. By then, he had earned himself a considerable fan base in the United States.

Following his time on Saturday Night Live, he turned his attention back to acting. Throughout the late 2000’s, he appeared in a number of films including Totally Awesome, The Year Without a Santa Claus, Undead or Alive: A Zombedy, Christmas in Wonderland and Gym Teacher: The Movie. Around that same time, he began to pick up work as a voice actor, voicing various characters in Delgo, Aqua Teen Hunger Force Colon and Foodfight!.

Several roles later, he began to star in the ABC sitcom, The Middle. Premiered in 2009, the series revolved around the lives of a lower-middle-class family in Indiana. One of the main protagonists, Kattan played the role of Bob Weaver, who was introduced in the first season; other members of the main cast include Patricia Heaton, Charlie McDermott, Neill Flynn, Atticus Shaffer, and Eden Sher. To this day, his portrayal of Bob remains to be one of the highlights of his acting career.

As far as what he’s been up to since, he has continued to act—mainly on the big screen over the past few years. Some of his recent film credits include The Ridiculous 6, The Last Film Festival, Walk of Fame, How to Get Girls and Sharknado 5: Global Swarming. Most recently, he played a supporting role in the TV movie, The Capsule earlier this year. In terms of upcoming roles, he will be starring in a film titled, A Funny Thing Happened on the Way to the Castle, which is currently in the pre-production stages.