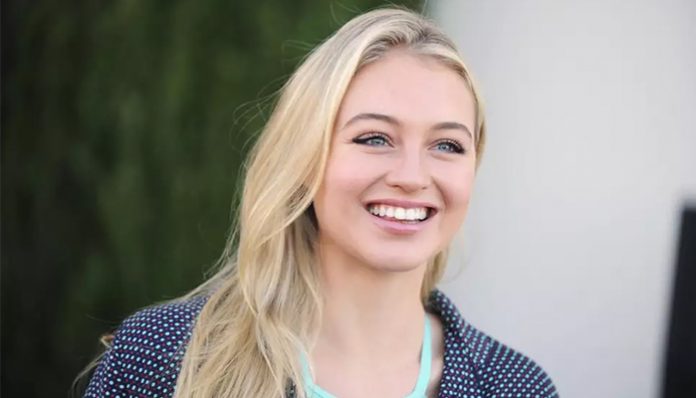 Hailing from England, Iskra Lawrence is perhaps best known as the spokesmodel of Aerie, an intimate clothing line that sits under American Eagle Outfitters. The brand ambassador for the National Eating Disorders Association (NEDA), she’s also worked with other brands including Adore Me and Chromat.

Popular on social media, the twenty-something has amassed millions of followers across various platforms. For instance, she has earned over 4 million fans on Instagram as of 2018. Since 2008, she has also been running her own YouTube channel, which has amassed more than 164,000 subscribers to date. If anything, her popularity has only continued to climb over the past few years.

How well-off is the model? How much has she earned from posing in front of the cameras? According to various sites, Iskra Lawrence’s 2018 net worth stands at approximately $350,000. What contributes to her overall income? Let’s find out below.

How did Iskra Lawrence Make Her Money & Wealth?

Born on September 11, 1990, in England, Iskra Lawrence was brought up in Kidderminster, Worcestershire, where she attended Bromsgrove School. A competitive swimmer during her teen years, she later joined the UK National Youth Theater at the age of fifteen. Around that same time, she also began to work as a model. Currently, she is represented by Models1 and JAG Models.

In 2016, it was announced that she had become the new spokesmodel for Aerie, a line of intimate apparel owned by American Eagle Outfitters. Interestingly enough, however, the British-born model had appeared in numerous swim Aerie campaigns even prior to the official announcement. Noted for “celebrating the real you”, the brand has stopped retouching their models since the launch of AerieReal in 2014. Some of their past alumnae include Ally Walsh, Eli Almeida, and Barbie Ferriera.

Since then, she has not only made her catwalk debut at New York Fashion Week but has also participated in her first fashion showing 2017. That same year, she was also featured in a documentary called Straight Curve, which revolved around “society’s unrealistic standards of beauty.”

Considering her fame, it’s not surprising to know that she also has a significant online following. For instance, she has amassed more than 4.2 million followers on Instagram as of 2018. A social media influencer, most if not all of her posts receive hundreds of thousands of likes each. If anything, it’s likely that she’s able to monetize her account through sponsored posts. With that said, it’s hard to say how much exactly she’s earned from the platform.

Speaking of which, she has also been running her own YouTube channel since 2008. Noted for her vlogs, makeup and skincare tutorials, she has amassed more than 164,000 subscribers to date with over 8 million combined views. Some of her most popular uploads include Exposed: Model Poses That Deceive You on Instagram (1.9 million views), I Stripped Down on a NYC Subway to Prove My Point (1.2 million views), Your Fat Rolls Are Beautiful (800,000 views) and Embrace Your Weird (500,000 views). Assuming that her videos are monetized, chances are, she’s earned a considerable amount from ad revenue.

No, Iskra Lawrence is not married. As far as we can tell, she is currently single.

Does Iskra Lawrence Have Any Children?

No, Iskra Lawrence does not have any children.

Does Iskra Lawrence Go to College?

Unfortunately, not much is known about Iskra Lawrence’s education background. As far as we know though, she has not attended college.

What is Iskra Lawrence Famous For?

Originally from England, Iskra Lawrence currently resides in New York. We do not have any additional details at this time.

What Kind of Car Does Iskra Lawrence Drive?

Details on Iskra Lawrence’s vehicle is not available at this time.

How Much Money Did Iskra Lawrence Make Last Year?

Unfortunately, we do not have any information on Iskra Lawrence’s 2017 earnings at this time.

As mentioned earlier, Lawrence was recently featured in a documentary called Straight Curve in 2017. That same year, she was named as one of the models for American Eagle Outfitter’s 2017 Fall Jean Campaign, which uses un-retouched images.

Want to know what the model is up to? If you’re a fan, why not follow Iskra Lawrence on social media? You can catch up with her either on Instagram or Twitter at @Iskra. On Facebook, she also has an official fan page that you can follow for the latest updates here.