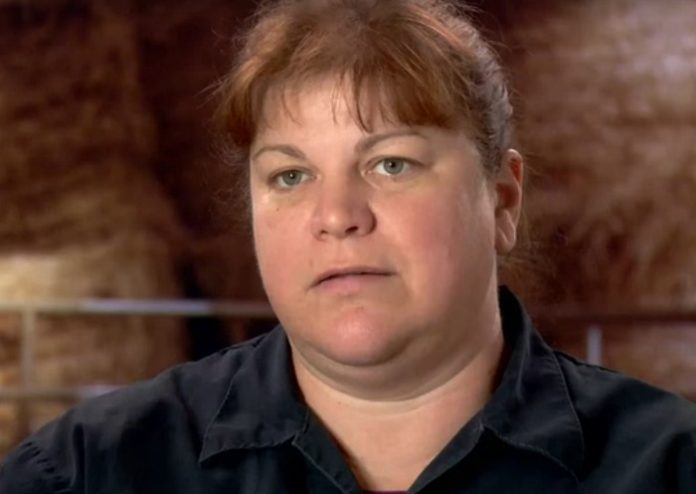 Brenda Grettenberger first became known in 2011, for her work with veterinarian Dr. Jan Pol on the Nat Geo reality TV show ‘The Incredible Dr. Pol’. The show premièred that year and featured Dr. Pol and his family as they treated the animals at his rural practice in Weidman, Michigan.

The Incredible Dr. Pol has since become Nat Geo’s number one rated show, and its success is in no small part because of the exceptional made-for-TV personality of Dr. Pol himself, but Brenda’s ability to treat any animal, no matter how large or small, quickly made her one of the most popular characters, and the show has since had twelve successful seasons over seven years. But after appearing in almost every episode in the history of the show, Brenda was absent from several episodes of the latest season, leading fans to ask if Brenda was moving on from Dr. Pol’s practice?

So is Brenda going to stay on our screens for the future of The Incredible Dr. Pol? And what does she get up to when she’s not looking after animals in rural Michigan? Read on to find out.

Viewers have often noted that Brenda always seems completely at home treating animals in rural Michigan, and it’s not that surprising when you consider her childhood. She was born in Eaton Rapids, Michigan in February 1967, and grew up on the family dairy farm. She showed a great interest in caring for animals from a young age, particularly cows, and she went on to study at the College of Veterinary Medicine at Michigan State University.

After graduating in 1992, Brenda went to work for Dr. Pol. The specialty of the practice at the time was large farm animals, and originally the patients were mainly horses, pigs, cows, and sheep, with occasional visits from alpacas, goats, chickens and even a reindeer or two. But as time went on the dairy farm business in the local area declined, and by the time Dr. Pol and Dr. Brenda were becoming well-known through their reality TV fame, the type of animals being treated was far more varied.

The Success of The Incredible Dr. Pol

The Incredible Dr. Pol obviously spent a fair amount of time featuring the treatment of dogs and cats, because that was the major appeal of the show. Viewers expected to see at least one sad-faced puppy or a crazy cat encounter during their animal-based entertainment, and the show didn’t disappoint on that score, but it also brought us face to face with the realities of farming in rural America. The romantic notions that some viewers might have had about farming in the country were swept aside by the sometimes harsh realities of life on the farm, but the optimism of Brenda and Dr. Pol in the face of such hardships was always inspiring.

In the early days of her career, Brenda overcame the attitudes of some of the older farmers in the area, as they had never encountered a female vet before. Eventually, her natural affinity with cows won them over, and Dr. Pol. has always sung her praises, particularly when it comes to larger animals. He has admitted that the ever-present cameras have slowed her down when she wants to work faster, but although Dr. Emily from the show is more outgoing for the camera, Brenda always keeps her mind on the job and tries to pretend the cameras aren’t even there.

The Incredible Dr. Pol spawned a spin-off show called ‘Calling Dr. Pol’, in 2014, but although it featured Dr. Brenda in several episodes, the main focus was on Dr. Pol. It ran for one season but failed to achieve the same level of success as the original, mainly due to the absence of Brenda, and her fellow vet, Dr. Emily Thomas, as well as Dr. Pol’s family, all of whom had become a recurring and popular feature of the original show.

Brenda Grettenberger doesn’t give away too much information about her personal life, but it’s known that she has a high regard for her family, and she spends her time reading, dancing, and ‘training her oxen to pull wagons’. It’s clear that animals, particularly large farm animals such as oxen, are more than just a job to Brenda, as she also works with the Midwest Ox Drovers Association in her spare time. Dr. Pol has recently hired a fifth vet to keep up with the ever-increasing workload at the practice, but he did take the time to assure viewers that Brenda’s future on our screens is secure, for the time being at least.

Brenda has appeared throughout season thirteen of The Incredible Dr. Pol, and although she has not been present during every episode, there’s no indication that she is intending to leave the show for good. Brenda has only confirmed that she is continuing to work at Dr. Pol’s practice as before, but she has offered no further comments. It’s possible that Dr. Brenda may be appearing less than she has before, and perhaps the cameras slowing her down convinced her to take a more minor role in the show, but the cows of rural Michigan are still safe in her skillful hands.

Dr. Brenda doesn’t appear to have any public social media accounts, in fitting with her preference for staying out of the limelight, but you can catch up with exclusive clips and the latest news from the show on the Nat Geo website.