Justin Shearer, known to his fans as Big Chief, is a professional street car racer on the Discovery channel show Street Outlaws. He has been on the popular show since 2013, working at Midwest Street Cars Automotive in Oklahoma City. According to the website, you can run into him or other cast members in the front office from time to time, when their schedules don’t conflict.

How Did Justin Shearer make their money & wealth?

Justin came into the world on December 9th, 1980 in Louisville, Kentucky. He lost his father at an early age. His mother did her best to raise him, as well as his brother, on her own. Justin discovered street racing when he was just 9 years old. He came upon a race while he was riding his bike, and was instantly drawn to it. He also learned how to ride horses around this time.

About twelve years after Justin was born, his mother relocated the family to Oklahoma City. She continued to support her children and improve on herself by attending nursing school while working two jobs. Meanwhile, Justin attended high school and graduated in 1998. He found the street racing scene in his new location and worked multiple jobs himself to get to the point where he could purchase his first racing car. He was employed as a gas station attendant. That was how he met his ex-wife, Alicia.

Eventually, he scored his current job working for Midwest Street Cars. He purchased a Pontiac LeMans from 1972. Justin called it The Crow. He gets most of his cash working there, as well as putting on racing events and selling merchandise. The Street Outlaws show on the Discovery Channel also adds to the racer’s net worth. 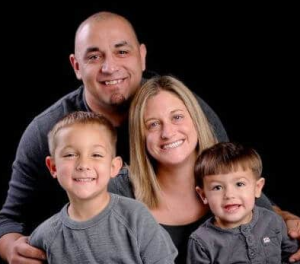 Justin met Alicia, a respiratory therapist when he was just a young man working at a gas station. He has said in interviews that the experience of meeting his future wife was nervous-making. He powered through and the pair were wed in September of 2006. They had two sons together. Justin posted a pic of him and his two sons with their boxcar earlier this year, saying that they were “second generation racers.”

Justin announced on the now-defunct Chief and Shawn podcast that he and Alicia were planning on getting divorced in 2017. He is rumored to be dating Jackie Brassch, who has appeared with Justin on Street Outlaws.

We do not know what Justin’s salary is exactly. He has never revealed it, although one of his co-stars on Street Outlaws makes $20,000 per episode. Since each season of the Discovery channel show has between 8 and 14 episodes per season. That means that Justin has made at least $160,000 for 2017, at least for the show. He also makes money from his merchandise.

He makes about $20,000 per episode, or most likely more since he is such a big part of the show.

Justin lives in Oklahoma City near his job at the Midwest Street Cars office. 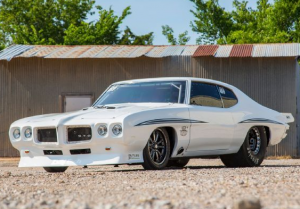 Justin’s first street racing car was a Pontiac LeMans from 1972 that he purchased with the proceeds from his job at the gas station. He modified it to his liking, but after many years of work and money, it got totaled. On November 14th, 2015, Justin ended up in the hospital and the car ended up in a junkyard after a high-speed accident on the Street Outlaws set.  The other car he hit, which belonged to his co-star Brian Davis, was also totaled out.

Justin told HotRod.com that he began looking for a new car immediately. His wife brought him his computer so that he could search for a new one while recovering in the hospital. He decided on a safer and more lightweight car that he calls the Crowmod. Justin has posted updates about his new car on his official Facebook page.

After being a racing outlaw for most of his career, Justin was finally able to reach his goal, and get into the NHRA GM Performance NHRA Nationals competition in Indiana. The acronym stands for National Hot Rod Association, and it is the biggest car racing organization around the world. Justin had gotten on their bad side before by promoting illegal street racing, but now he teamed up with them to do safety public service announcements.