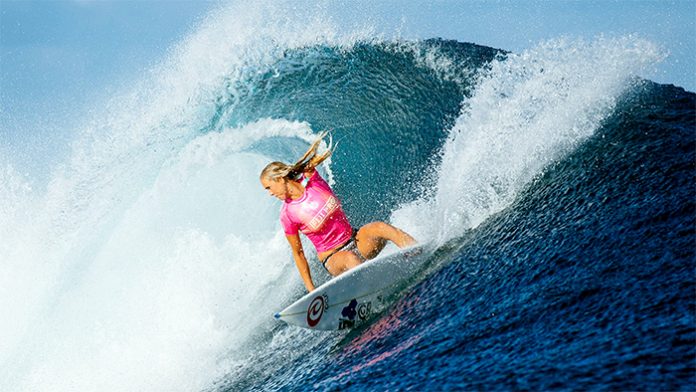 A professional surfer, Bethany Hamilton gained nationwide attention after surviving a shark attack in 2003. Thirteen at the time, her arm had been bitten off during a morning surf in Kauai. Despite the horrifying ordeal, she returned to the waters just a month later, after recovering from her injuries.

Since then, she has been invited onto many television programs such as The Tonight Show, The Ellen Degeneres Show, The Oprah Winfrey Show, and Good Morning America. In 2014, she even played a role in the film Dolphin Tale 2. Earlier this year, she starred in a documentary titled, Bethany Hamilton: Unstoppable.

How is the surfer doing nowadays? How wealthy is she? According to some sites, Bethany Hamilton’s net worth stands at $2 million. What is her main source of income? What projects have she involved herself with over the past several years? We will be addressing these questions down below.

How did Bethany Hamilton Make Her Money & Wealth?

Born on February 8, 1990, in Lihue, Hawaii, Bethany Hamilton is the daughter of Cheri and Tom Hamilton. Brought up in a surfing family, she and her older siblings learned how to handle the waters at a young age. Within just a few years, she had begun to surf competitively at the age of eight. A year later, she landed her first sponsorship.

A member of the Hanalei Surf team, she participated in many events over the next few years, including the National Championships, where she finished in second place. In the fall of 2003, however, tragedy struck. While surfing at Tunnels Beach with her best friend, she was attacked by a tiger shark. Though she initially felt no pain, she soon realized the gravity of her situation after noticing that the water around her had turned red.

Rushed to the hospital, she had lost 60 percent of her blood by the time she reached the operating room. Fortunately, doctors were able to stabilize her after performing several surgeries. Within a few days, Hamilton was released, albeit without her left arm. Nonetheless, she was determined to return to the waters as soon as possible.

In 2004, she published an autobiography titled, Soul Surfer: A True Story of Faith, Family and Fighting to Get Back on the Board. Several years later, it was adapted into a feature film called, Soul Surfer, in which Hamilton is portrayed by AnnaSophia Robb. Despite mixed reviews, it was a hit at the box office, having grossed over $47 million worldwide.

In the years since her attack, the surfer has been featured in numerous TV programs such as The Queen Latifah Show, Home & Family, The Ellen Degeneres Show, and Good Morning America. Not only that but she has been invited onto many talk shows such as The Ellen Degeneres Show, The Queen Latifah Show and Oprah. In fact, she even ventured into acting. In 2014, she played a small role in the film, Dolphin Tale 2.

As far as other ventures go, she is involved with a number of charities, including her own called Friends of Bethany, which aims to help amputees and youth in the United States. Earlier this year, she also released a surf documentary titled, Bethany Hamilton: Unstoppable.

Does Bethany Hamilton Have Any Children?

Yes, she does. A mother of two, she and her husband have two sons named Tobias and Wesley, the latter of whom was born in 2018.

Does Bethany Hamilton Go to College?

No, as far as we can tell, Bethany Hamilton has not gone to college.

What is Bethany Hamilton Famous For?

Bethany Hamilton gained nationwide attention after overcoming a shark attack while surfing in 2003. Since then, she has been featured in numerous television shows.

According to her official Twitter account, Bethany Hamilton and her family currently reside in Hanalei, Hawaii, where she continues to surf.

What Kind of Car Does Bethany Hamilton Drive?

How Much Money Did Bethany Hamilton Make Last Year?

As mentioned earlier, the surfer recently released a documentary titled, Bethany Hamilton: Unstoppable in 2018. Her latest project, it was accompanied by a children’s book as well as a photo book.

What’s the surfer up to nowadays? If you want to keep up with Bethany Hamilton, why not follow her on social media? You can find her on Twitter and Instagram at @BethanyHamilton. On Facebook, she also has an official fan page that you can visit here.