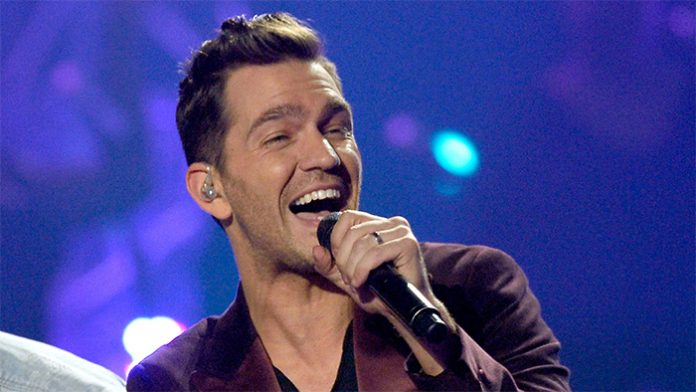 A successful singer-songwriter, Andy Grammer has been churning out hits since the early 2010’s. His self-titled debut album, Andy Grammer was released in 2011. Since then, he has also come out with Magazines or Novels and The Good Parts, the latter of which went gold in the United States. Some of his most popular hits to date include Honey I’m Good, Keep Your Head Up, Fresh Eyes and Good to Be Alive (Hallelujah).

Over the years, he has been featured in many television programs such as American Idol, Today, Celebrity Page, The Bachelorette and Dancing with the Stars. Earlier this year, he was also invited onto the talk show, Live! with Kelly.

How wealthy is the music artist? How many records has he sold? According to some sites, Andy Grammer’s current net worth is an estimated $5 million. How much of this came from his albums and singles? What other endeavors is he involved with?

How did Andy Grammer Make His Money & Wealth?

Born on December 3, 1983, in Los Angeles, California, Andy Grammer was brought up in Chester, New York, where he was a student at Monroe-Woodbury High School. At a young age, he learned how to play the piano, guitar, and trumpet. By the time he was fifteen, he had begun to write his own songs. After graduating high school, he attended Binghamton University briefly, before transferring to California State University, Northridge, where he majored in music studies.

While working as a busker in Santa Monica in 2009, he was discovered by his manager, who signed him to S-Curve Records. Through the label, he released his debut album, Andy Grammer on June 14, 2011. Produced by Matt Wallace, it consisted of eleven tracks including the Keep Your Head Up, which has since attained platinum status. An overall success, the album had also peaked at number one on the US Top Heatseekers chart.

Three years later, he dropped his second project, Magazines or Novels. Preceded by the single Back Home, garnered positive reviews from critics, who praised his creativity and talent. His most successful album to date, it had reached number 19 on the Billboard 200. As of 2018, more than 500,000 copies have been sold across the country, earning it gold accreditation from the RIAA.

Following another short break, Grammer released his third studio album, The Good Parts in 2017. Packed with 13 tracks, it included the songs Smoke Clears, The Good Parts, Fresh Eyes and Give Love, the last of which featured LunchMoney Lewis.

In addition to his studio albums, the singer has also come out with four extended plays over the years; these include The World is Yours, Live From L.A., Crazy Beautiful and Soft Lights on Bright Colors.

Considering everything, it’s likely that he’s earned a significant amount of royalties from his records. On top of that, he also brings home a considerable amount from putting on shows and concerts. In fact, he is currently on tour as we speak. From the looks of it, he will be performing in various venues across the country over the next couple months. For more information, you can visit his official website.

Yes, the singer has been married to Aijia Lise since 2012.

Does Andy Grammer Have Any Children?

Yes, he does. Last year, the couple welcomed a daughter named Louisiana K. Grammer into the family.

Does Andy Grammer Go to College?

Yes, he did. He went to Binghamton University in New York briefly, before transferring to California State University, Northridge, from which he earned a bachelor’s in music studies.

What is Andy Grammer Famous For?

Andy Grammer rose to fame with the release of his self-titled debut album in 2011. Since then, he has come out with several other records, most of which have charted in the United States.

Andy Grammer currently lives in Los Angeles with his family. We do not have any photos of his home at this time.

What Kind of Car Does Andy Grammer Drive?

We do not have any information on Andy Grammer’s vehicle at this time.

How Much Money Did Andy Grammer Make Last Year?

Details on Andy Grammer’ 2017 salary is not available at this time.

For the past several weeks, Andy Grammer has been on the road for his 2018 The Good Parts Tour. For more information, be sure to check out his official website.

Want to keep up with the singer’s latest activities? If so, why not follow Andy Grammer on social media? You can find him on Twitter and Instagram at @AndyGrammer. Alternatively, you can check out his official Facebook fan page for the latest news.