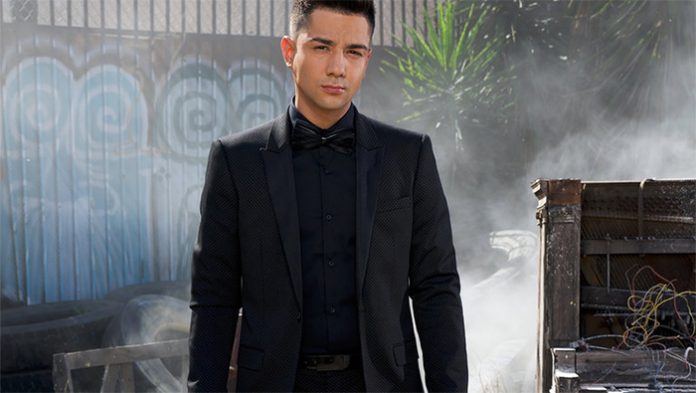 A Mexican singer, Luis Coronel has been making waves in the music community since the early 2010’s. In 2013, he released his debut album, Con la frente en alto, which charted at the top of the US Regional Mexican Albums chart.

Since then, he has dropped two additional titles, Quiero set tu dueno and Ahora soy yo, the latter of which came out last fall. Some of his most popular singles to date include Escapate, Sera mas facil and Mi nina traviesa. For his work, he has won several awards including a Latin Billboard Music Award and three Premios Juventud.

How rich is the musical artist? How many records has he sold over the years? According to some sites, Luis Coronel has amassed a net worth of $2 million as of 2018. How much of this was earned from his albums and singles? Does he have anything else going on aside from his music career?

How did Luis Coronel Make His Money & Wealth?

Born on February 3, 1996, in Tucson, Arizona, Luis Coronel was raised with his two siblings, Bebe and Mireya. As a child, he began to sing for the local church choir at the age of six. Later as a teen, he got into boxing. Interestingly enough, he had gained fame after being recorded singing from the ring. Soon, he began to upload videos of his songs to social media. To his surprise, he eventually caught the attention of Del Records, who signed him to the label in 2012.

A year later, he came out with his debut album, Con la frente en alto. A commercial hit, it managed to reach the top of Billboard’s Regional Mexican Albums chart within just a few weeks. Nominated for a Premio Juventud, the album consisted of 16 tracks including Mil Te Amos, Nina Caprichosa, El Coronel and Le Atine. Selling more than 30,000 copies, it was later certified gold by RIAA Latin.

In 2014, he followed up with a second project titled, Quiero set tu dueno. His first album to enter the Top Latin Albums chart at number one, it spawned many hit songs including Cuando la micro, Allergic a ti, Tendras queen aguantarme and Si tu quisieras. Later that year, it also earned him a Premio Juventud.

Since then, the twenty-something has dropped a third album titled, Ahora soy yo. His first project with Sony Music Latin, it was made available on October 20, 2017. Nominated for a Latin Grammy Award for Best Banda Album, it gave rise to eleven tracks, one of which includes Dime Que Se Siente—a hit song that has since been played over 55,000 times on Soundcloud.

With how popular he is as an artist, it’s easy to see how he would have earned a decent amount from his records. On top of that, it’s likely that he also pulls in money from putting on shows and concerts. In fact, he has a performance scheduled for later this fall on October 20, 2018, in Lancaster, California.

While he isn’t married, Luis Coronel is in a relationship with a girl named Adilene.

Does Luis Coronel Have Any Children?

No, Luis Coronel does not have any children.

Does Luis Coronel Go to College?

No, Luis Coronel has not gone to college. Instead, he started working out of high school.

What is Luis Coronel Famous For?

Luis Coronel gained fame after releasing his debut album, Con la front en alto in 2013. Prior to that, however, he already had an audience on YouTube.

According to his official Twitter account, Luis Coronel resides in Tucson, Arizona. We do not have any pictures of his house at this time.

What Kind of Car Does Luis Coronel Drive?

How Much Money Did Luis Coronel Make Last Year?

Details on Luis Coronel’s 2017 salary is not available at this time.

Last year, he released his third album, Ahora soy yo. Released through Sony Music Latin, it charted at number two on the US Latin Albums chart. As mentioned earlier, the singer will also be putting on a concert in Lancaster later this fall.

What’s the singer up to? If you’re a fan of his music, be sure to follow him on social media—you can find Luis Coronel on Twitter at @Luiscoronel or on Instagram at @Luiscoronelmusic. For the latest news and updates, you can also check out his official Facebook page by clicking here.