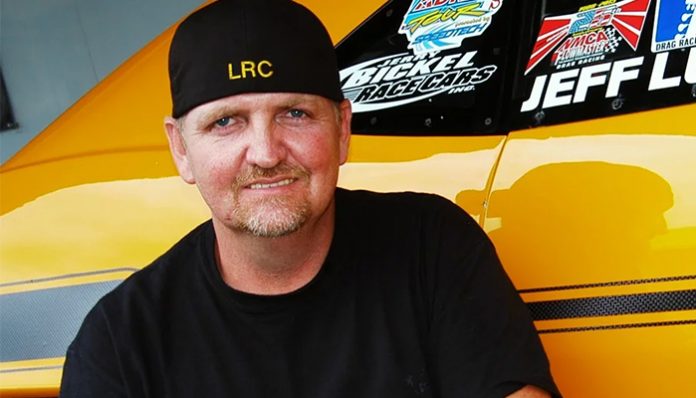 An Oklahoma-native, Jeff Lutz is best known for his appearances on Discovery’s Street Outlaws. The owner of a customized ’69 Chevrolet Camaro—aka Mad Max, he has been featured on the wildly popular show for a number of years—earning thousands of fans along the way. Most recently, he appeared in season 12, which premiered earlier this summer.

In addition to racing, he is the owner of a successful car modification shop called Lutz Race Cars. Located in Callery, Pennsylvania, they have worked on hundreds of rides over the years.

How much does he pull in as a professional racer? How much is he paid as a cast member of Street Outlaws? How wealthy is the street racer? According to some sites, Jeff Lutz has amassed a net worth of $2 million as of 2018.

How did Jeff Lutz Make His Money & Wealth?

Born on May 15, 1970, in Oklahoma, Jeff Lutz developed a fondness for cars after driving his older brother’s car at a drag strip as a teen. Gradually getting more involved, he was soon gifted his first car by his father, a ’74 Nova in the late ‘80s. Since then, his obsession for racing as soared through the roof.

Having accumulated many decades of experience, he was later invited to join the reality show Street Outlaws in 2013. Debuted on the Discovery Channel, it revolved around the ins and outs of the Oklahoma street racing scene. One of the series regulars, Lutz didn’t waste any time in making himself known to the audience—within a few weeks, he had already earned thousands of fans.

The owner of a 1969 Chevrolet Camaro—a car whom he refers to as “Mad Max”, he came roaring up the list in season nine. To his dismay however, his reign soon came to a halt after Big Chief nixed all promos. As a result, he came back with a new drive, a ’57 Chevy—one that he had built from scratch himself in his shop—in 2017.

How much has Lutz earned from his work in Street Outlaws? Surely, his salary is half decent considering the show’s popularity? Unfortunately, details of his contract have not been revealed to the public. Considering all things, however, our best guess is that he earns at least $10,000 per season, given how he is one of the series regulars. For now, it’s unknown whether or not he will be returning for a 13th season.

In addition to his career as a reality star, he also runs a successful business called Lutz Race Cars. Located in Callery, Pennsylvania, the customization shop has worked in dozens of vehicles over the years—including his current car, as mentioned earlier. Seeing as how the company has nothing but stellar reviews on the web, it’s probably safe to say that they’re doing well. In fact, we wouldn’t be surprised if the majority of his income comes from their work.

Yes, he has been married to his wife Christine Lutz for many years, since 1989.

Does Jeff Lutz Have Any Children?

Yes, he has a grown son named Jeffrey Lutz Jr.

Does Jeff Lutz Go to College?

Unfortunately, not much is known about Jeff Lutz’s education background. As far as we know, however, the racer has not gone to college.

What is Jeff Lutz Famous For?

Jeff Lutz rose to fame as a series regular in Discovery’s Street Outlaws. To this day, it remains to be the only show that he’s appeared in on television.

Jeff Lutz lives in Oklahoma City, with his wife. We do not have any pictures of their home at this time.

What Kind of Car Does Jeff Lutz Drive?

Previously, he drove a customized ’69 Chevrolet Camaro, which he called “Mad Max.” In 2017, he unveiled his new car, a ’57 Chevy, which he built himself in his shop.

How Much Money Did Jeff Lutz Make Last Year?

Jeff Lutz most recently starred in the 12th season of Street Outlaws, which premiered in the Un.S. in May 2018.

What’s the street racer up to nowadays? If you’re a fan, be sure to check out his official Instagram account at @lutzracecars. While he doesn’t have his own Facebook page, he does post regular updates to his business’ page, which you can visit here.