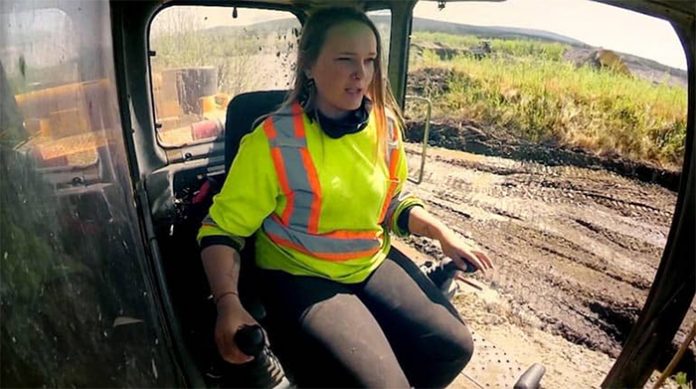 A Canadian miner, Monica Beets is best known for her appearances on the reality series, Gold Rush. The daughter of Tony Beets, the owner of Tamarack Mine, she made her debut in the first season, which debuted in 2013. Since then, she has appeared in well over 50 episodes. Most recently, she appeared in the eighth season, which wrapped up earlier this spring.

Owing to her appearances on the show, she had gained a considerable fan base on social media over the past few years. For instance, she has earned more than 40,000 followers on Instagram and over 120,000 fans on Facebook.

How rich is the twenty-something? How much does she make from the popular reality show? What is her salary? According to what we could find online, Monica Beets has an estimated net worth of $1 million as of 2018. Where does the majority of her income come from? Let’s have a look.

How did Monica Beets Make Her Money & Wealth?

Born on November 7, 1993, in Yukon, Canada, Monica Beets is the daughter of Monica and Tony Beets, the latter of whom is the owner of Tamarack Mine. At the age of twelve, she was set in front of one of her father’s mining equipment and told to “figure it out.” By the time she was in her mid-teens, she had begun to work full-time at the mine. Later in 2011, she became a supervisor at Paradise Hill at the age of eighteen. Before long, she had started to tell men twice her age what to do on national television.

In the late 2000’s, it was announced that her family’s mine would be featured in the reality series, Gold Rush. Premiered on December 3, 2010, the show follows the mining efforts of several family-run companies in the Klondike region of Northern Canada. Introduced in the first season, the Beets made their debut alongside several other miners including Todd Hoffman, Jimmy Dorsey, James Harness, and Earle Foster, to name a few.

Well received, it didn’t take long for Gold Rush to accumulate a considerable fan base. Supported by millions of viewers, the series has since continued for eight seasons, the last of which premiered on October 13, 2017. Throughout the years, the operations of the Klondike Mine has been the focus of many episodes. As popular as the show is, however, it has not been revealed how much each of the cast members is paid for their appearances. With that said, it’s likely that Monica has earned a decent sum from the show, considering the fact that she has been featured since season one.

Owing to her appearances on Gold Rush, the twenty-something has also become somewhat of a social media celebrity in the recent years. For example, she has amassed more than 40,000 followers on Instagram and over 36,000 on Twitter. Given that she continues to grow her fan base, it’s likely that she’ll be able to monetize her accounts in the near future.

No, as far as we know, Monica Beets is currently single.

Does Monica Beets Have Any Children?

No, Monica Beets does not have any children that we know of.

Does Monica Beets Go to College?

Unfortunately, not much information is available regarding Monica Beets’ education history. As far as we can tell though, she has been working at her father’s mine since her teen years.

What is Monica Beets Famous For?

Monica Beets is best known for her appearances on the Discovery Channel’s reality program, Gold Rush.

Monica Beets currently resides in Dawson City, Yukon, with her family, where she continues to work full-time at her father’s gold mine.

What Kind of Car Does Monica Beets Drive?

We do not have any information on Monica Beets’ vehicle at this time.

How Much Money Did Monica Beets Make Last Year?

Unfortunately, information on Monica Beets’ 2017 salary is not available.

According to IMDb, Monica Beets most recently appeared in the eighth season of Gold Rush, which wrapped up on April 27, 2018. For those who want to see more, you’ll be happy to know that the show has since been renewed for a ninth season.

What’s the gold miner up to nowadays? If you want to keep up with her, why not check out Monica Beets’ social media accounts? You can find her on Twitter and Instagram [email protected] On Facebook, you can also show your support on her official page, which you can check out by clicking here.