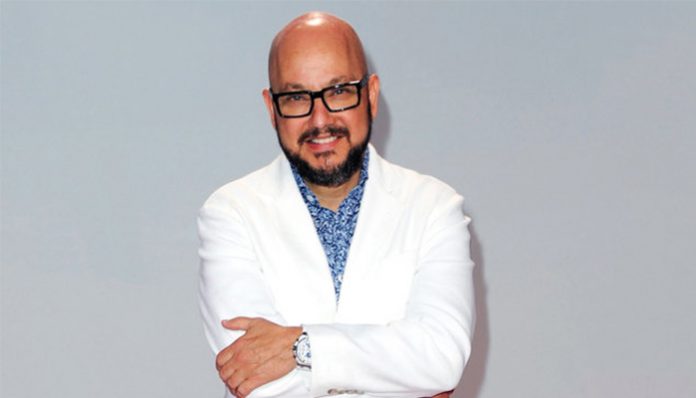 A Mexican music producer, Pepe Garza has been involved with the industry for several decades. Named a “Star Maker” by the Los Angeles Times, he has launched the careers of many artists over the years. In 2000, he founded the La Radio Awards, which recognizes individuals for their contributions to Mexican regional music.

In addition to his music career, he is also known for his appearances on television. Most notably, he stars as one of the judges on the Tengo Talento Mucho Talento reality competition series. In 2009, he also served as a jury member on the talent show, I Have Talent.

How wealthy is the 52-year-old? How lucrative is his music business? How much is he paid for his television gig? According to some sites, Pepe Garza has amassed a net worth of $5 million as of 2018. Where did he earn the majority of this from? How many projects is he involved with altogether? Let’s find out.

How did Pepe Garza Make His Money & Wealth?

Hailing from Mexico, Pepe Garza launched his career as a radio announcer in Monterrey, before landing a job as a station manager in Guadalajara, Mexico. Several years later, he moved to the United States, where he headed the La Que Buena station for more than two decades. In 2000, he founded the La Radio Awards, which recognizes artists for their contributions to Mexican regional music.

In 1997, he founded Arpa Music with his brother Alejandro Garza. Over the years, their work had won numerous industry accolades including more than 50 BMI Latin Awards. Not only that but they’ve been recognized as BMI Publisher of the Year twice and Publisher of the Year on Billboard three times. Considered a “Star Maker” by the Los Angeles Times, he has helped launch the career of many music stars including Gerardo Ortiz, Espinoza Paz and Jenni Rivers, among others.

Aside from his work in the music industry, Garza is also somewhat of a television personality. For many years, he has starred as one of the judges on the talent competition series, Tengo Talent Mucho Talento, which airs on Estrella TV. In 2009, he also appeared as a jury member on the talent show, I Have Talent.

Not only that, but he runs a successful YouTube channel called Pepe’s Office. Launched in 2015, he has gained nearly one million subscribers to date, with over 163 million views. Some of his most viewed videos include El Ezequiel Irrumpe En La Oficina De Pepe (11.2 million views), Ariel Camacho Te Metiste (7.7 million views), Los Plebes del Rancho y Angel del Villar en Pepe’s Office (5.7 million views) and El Pirate De Culiacan En Entrevista (5 million views). If you haven’t already done so, you can subscribe to his channel here.

With the audience that he has on YouTube, it’s likely that he pulls in a decent amount of ad revenue from his channel. In terms of other social media platforms, he’s also popular on Instagram and Twitter, where he has over 400,000 followers combined.

Unfortunately, not much is known about Pepe Garza’s personal life. As far as we know, however, he is currently single.

Does Pepe Garza Have Any Children?

No, Pepe Garza does not have any children that we know of.

Does Pepe Garza Go to College?

Not much has been disclosed about Pepe Garza’s education background. As far as we can tell, he has not attended college.

What is Pepe Garza Famous For?

Pepe Garza is perhaps best known for his work in the realm of regional Mexican music. Throughout his career, he has helped to launch the career of many artists such as Espinoza Paz and Joss Favela.

Originally from Mexico, Pepe Garza currently resides in Los Angeles, where he continues to make strides as a music producer. We do not have any pictures of his home at this time.

What Kind of Car Does Pepe Garza Drive?

How Much Money Did Pepe Garza Make Last Year?

Aside from appearing in Tengo Talent Mucho Talento, Pepe Garza updates his YouTube channel, Pepe’s Office, on a regular basis. If you’re a fan, be sure to check out his videos!

What is Pepe Garza up to? If you want to keep up with his latest updates, why not check out his social media accounts? You can follow him on Twitter and Instagram at @Pepegarza. For announcements and more, you can also visit his official website at http://pepegarzaoficial.com.