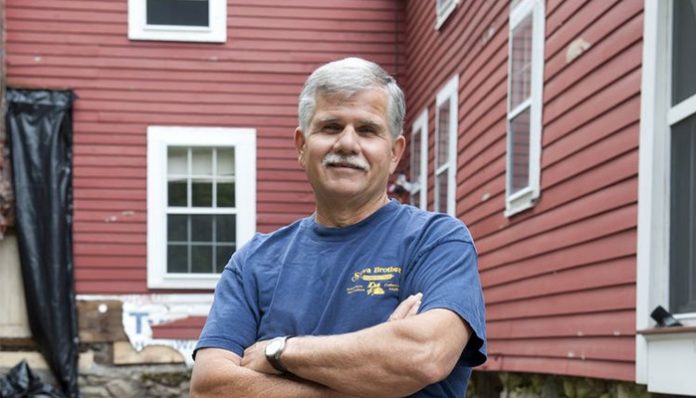 An American contractor, Tom Silva is best known for his appearances in the Emmy-winning home improvement series, This Old House. One of the main cast members, he has been featured in the show since 1984. As of 2018, more than 30 seasons have aired on television. In 2000, he worked on a book titled, Homeowner’s Manual: Advice on Maintaining Your Home.

The co-owner of Silva Brothers’ Construction, which is based in Lexington, Massachusetts, he runs the business with his brother Richard and nephew, Charles. Over the years, their work has been featured in numerous episodes of This Old House.

How wealthy is the TV personality? What is his salary on the PBS reality show? How successful is he as a businessman? According to some sites, Tom Silva’s current net worth is an estimated $5 million. How much of this came from his work on television? Let’s have a look at his career below.

How did Tom Silva Make His Money & Wealth?

Born in Lexington, Massachusetts, Tom Silva and his brothers grew up in a house built in 1787. As a child, one of his first major projects was helping his father install a basement shelter underneath the family home. After digging out a large hole by hand and hauling away the boulders, they framed it and finished it off—a process that took two years. Ultimately, it was the pride that he felt afterwards, that inspired him to pursue a career in home improvement.

In 1986, he became a regular on the PBS series, This Old House. Premiered on February 20, 1979, the show had already been running for several years by the time he joined the cast. Hosted by Bob Vila (at the time), it followed the remodelling projects of houses over a few weeks time.

As of 2018, Silva has been on the show for more than three decades. In fact, the 39th season will be premiering later this fall on October 6, 2018. Considering all that he’s contributed over the years, it’s likely that he’s earned a significant amount from the series. In saying that, details of his salary have not been disclosed to the public. For his work on the series, he received a Daytime Emmy Award nomination for Outstanding Special Class Series in 2012.

In addition to his work on This Old House, he also appears on the sister show, Ask This Old House, in which the cast answers questions from viewers. Debuted in 2002, the program has proved to be popular, having earned five Emmy Award nominations throughout its run. As far as other endeavours go, he also contributes to the This Old House magazine, which is published 10 times a year.

Like most television personalities, he has been invited onto several other programs such as Late Night with Jimmy Fallon, Jeopardy! and The Tonight Show Starring Jimmy Fallon. Outside of the showbiz, he also runs a successful business called Silva Brothers’ Construction with his brother and nephew, which is based in Lexington, Massachusetts.

Tom Silva has been married to Susan Silva for more than three decades.

Does Tom Silva Have Any Children?

Yes, Tom Silva has two children with his wife.

Does Tom Silva Go to College?

Unfortunately, not much has been revealed about Tom Silva’s education background. As far as we can tell though, he has not gone to college.

What is Tom Silva Famous For?

Tom Silva is best known for starring in the long-running home improvement series, This Old House. A cast member since 1986, he has been on the show for over 30 years.

According to Tom Silva’s official Twitter account, he currently resides in Boston, Massachusetts. We do not have any pictures of his home at this time.

What Kind of Car Does Tom Silva Drive?

We do not have any information on Tom Silva’s vehicle.

How Much Money Did Tom Silva Make Last Year?

Details on Tom Silva’s 2017 salary is not available at this time.

Later this fall, he will be starring in the 39th season of This Old House, which will be premiering on October 6,  2018. Aside from that, he also appears in the sister show, Ask This Old House.

What’s the television personality up to? If you’re a fan, be sure to check out his official social media accounts—you can find Tom Silva on Twitter at @TomSilvaTOH. On Facebook, you can also follow the official fan page for This Old House for the latest updates.