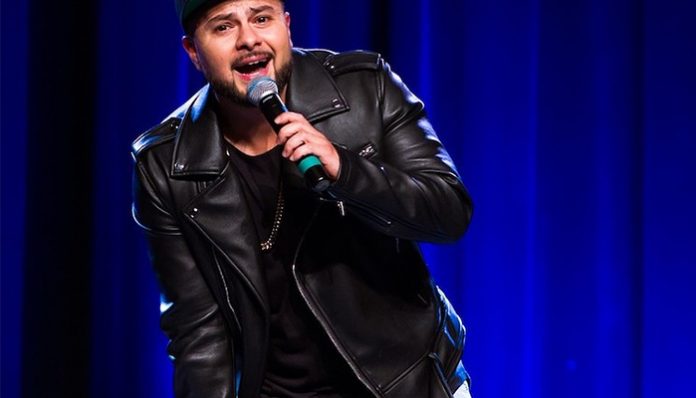 Pedro Herrera III aka “Chingo Bling” has been active as a rapper since the early 2000’s. After coming out with a few mixtapes, he released his debut album, The Tamale Kingpin in 2004. Since then, he has come out with numerous other projects including Underground’s Most Wanted, They Can’t Deport Us All, The Leak and Back To The Border. Some of his most popular hits include 1-800-Chingo-Bling, Working Like a Mexican and Like This N Like That.

Like most artists, he also collaborates with other rappers on a regular basis. For instance, he has worked with the likes of MC Magic, Kat G, N.O.R.E., and Alexis & Fido.

How well-off is he? How lucrative is his career as a rap artist? How many records has he sold so far? According to some sources, Chingo Bling’s current net worth stands at an estimated $2 million. Where did he earn the majority of this from? We’ll be addressing this below.

How did Chingo Bling Make His Money & Wealth?

Born on September 5, 1979, in Houston, Texas, Chingo Bling has been fond of music ever since his childhood. Growing up, he often listened to acts such as Slick Rick, Beastie Boys, Cypress Hills, Uncle Luke and LL Cool J. Upon graduating high school, he attended Trinity University in Texas, where he majored in Business Administration and Marketing. Ultimately, it was there that he made his first foray into the music scene as a deejay.

As one thing led to the next, he and a few friends formed a DJ crew that performed at parties around campus. Before long, they were invited to the studio by some of the hottest underground rappers in San Antonio. A few years later, he formed Big Chile Records in 2002, after which he dropped his first solo mixtape, Duro en la Pintura.

A couple of years later, he released his first studio album, The Tamale Kingpin. A 16-track project, it included guest appearances from several rappers including Baby Bash, Fade Dogg, Max Minneli and Russel Lee. While more than 10,000 units sold within the first few weeks, the record eventually had to be pulled off the shelves due to issues with the distributor.

Undaunted, the rapper later came out with another project titled, Change Bling 4 President in 2005. By the end of the 2000’s, he had issued several other albums including Underground’s Most Wanted, They All Want Him But Who Can Afford Him, World Star Wetbacks and Me Vale Madre. Continuing to record new music, the rapper has since dropped over a dozen new titles, some of which include Back to the Border, Chicken Flippa, Vote 4 Pedro, Juan Hunna and Dirty Horchata.

Aside from his music career, which obviously contributes to his overall income, he also runs a successful YouTube channel called Chingo Bling TV. Launched in 2007, it has since gained over 210,000 subscribers to date, with over 47 million views. Updated on a weekly basis, most of his uploads gain well over 10,000 views.

Unfortunately, not much is known about Chingo Bling’s personal life. As far as we know, he is currently single.

Does Chingo Bling Have Any Children?

As far as we know, Chingo Bling does not have any children.

Does Chingo Bling Go to College?

Yes, he did. After completing high school in New Jersey, he went to Trinity University in San Antonio, Texas, where he majored in marketing; he received his bachelor’s degree in 2001.

What is Chingo Bling Famous For?

Chingo Bling rose to fame in the early 2000’s for his mixtapes and albums. Since then, he has released well over a dozen music titles.

According to Chingo Bling’s official Twitter account, he currently lives in Houston, Texas. We do not have any additional information at this time.

What Kind of Car Does Chingo Bling Drive?

We do not have any information on Chingo Bling’s vehicle at this time.

How Much Money Did Chingo Bling Make Last Year?

Details on Chingo Bling’s 2017 salary is not available at this time.

While he hasn’t released any new albums in a while, he isn’t out of the music scene yet—in fact, he’s currently on tour as we speak. From now until the end of October, he will be performing a number of shows across the United States. For more information, you can check out his official website here.

What’s the singer up to? For the latest updates, you can follow Chingo Bling on Twitter at @ChingoBling and on Instagram at @RealChingoBling. On Facebook, you can also show your support on his official page here.