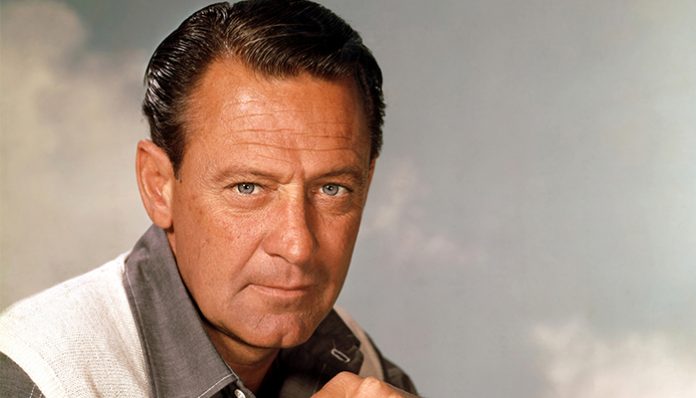 An award-winning actor, William Holden starred in some of Hollywood’s most critically acclaimed films including The Bridge on the River Kwai, Sunset Boulevard, Picnic and Sabrina. For his portrayal of J.J. Sefton in Stalag 17, he won his first Academy Award for Best Actor in 1953.

Though mostly known for his film appearances, he also worked on a handful of television titles such as I Love Lucy and The Jack Benny Program. For his work on the TV movie The Blue Knight, he even earned a Primetime Emmy Award for Outstanding Lead Actor in 1973. Tragically, however, he passed away in 1981.

How wealthy was the Hollywood star? How much did he earn from his acting career? How successful was he? According to sources, William Holden had a net worth of $20 million at the time of his death. What contributed the most to his fortune? Let’s take a look at this below.

How did William Holden Make His Money & Wealth?

Born on April 17, 1918, in O’Fallon, Illinois, William Holden grew up with his two younger brothers Richard and Robert. When he was three years old, the family moved to South Pasadena. Upon graduating from South Pasadena High School as a teen, he studied at Pasadena Junior College, where he developed an interest in radio plays. A few years later, he made his big screen debut in the 1938 film, Prison Farm.

In 1939, he landed his first starring role in the romance title, Golden Boy, where he acted alongside Barbara Stanwyck. Impressed with his performance, she would eventually go out of her way to help him as a coach. By the early 1940’s, Holden had acted in several other films including Invisible Stripes, Those Were the Days!, Our Town and I Wanted Wings.

In 1953, he starred in the war film, Stalag 17, which earned him his first Academy Award. A commercial success, it had grossed $10 million worldwide. Critically acclaimed, the title played a significant role in his rise to stardom in the early ‘50s. Over the next several years, he starred in several other movies such as The Bridge on the River Kwai, Sabrina, Picnic and Executive Suite. By the end of the decade, he had been named one of the “Top 10 Stars of the Year” five times.

Continuing to act, Holden appeared in many films in the ‘60s and ‘70s including The World of Suzie Song, The Counterfeit Traitor, Casino Royale, The Wild Bunch and Fedora, to name a few. In 1976, he starred in Sidney Lumen’s Network, which earned him an Academy Award nomination for Best Actor. Considered one of the greatest films of all time, it has since been included in the American Film Institute’s list of “100 Greatest American films.”

Aside from his Hollywood career, he also appeared in a handful of television series. Perhaps the most notable of all, however, is the TV film, The Blue Knight. Released in 1973, his starring role as Bumper Morgan had earned him a Primetime Emmy Award for Outstanding Lead Actor.

At the time of his death, William Holden was in a relationship with actress Stefanie Powers. Previously, he was married to Ardis Anderson from 1941 to 1971.

Did William Holden Have Any Children?

Yes, he had two sons with his ex-wife, Scott Porter and Peter Westfield; in addition to that, he had also adopted her daughter from a previous relationship.

Does William Holden Go to College?

Yes, he went to Pasadena Junior College sometime after graduating from high school. Ultimately, it was there that he became involved in radio plays.

What is William Holden Famous For?

At the time of his death, he resided in an apartment in Santa Monica, California. We do not have any pictures at this time.

What Kind of Car Did William Holden Drive?

On November 12, 1981, William Holden bled to death after falling and lacerating his forehead. According to reports, he was alone and intoxicated in his Santa Monica apartment at the time of the incident. In accordance with his wishes, no memorial service or funeral was held.

For his contributions to the movie industry, he received a star on the Hollywood Walk of Fame. In 1987, his death was also mentioned in a song titled, Tom’s Diner by singer-songwriter Suzanne Vega.