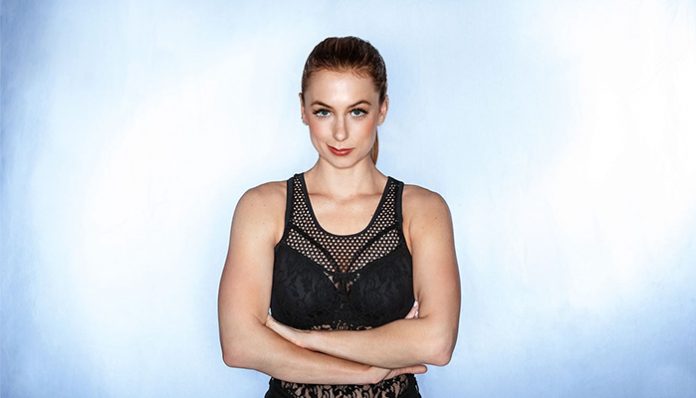 An American comedian, Iliza Shlesinger rose to fame after winning NBC’s competitive reality series, The Last Comic Standing in 2008. Since then, he has performed several stand-up comedy specials including War Paint, Confirmed Kills, and Freezing Hot, all of which were released on Netflix. Most recently, Elder Millennial came out on July 24, 2018.

Over the past few years, she has been featured in numerous television programs such as Celebrity Page, To Tell the Truth, Celebrity Name Game, Chopped Junior and Forever 31. In 2018, she also hosted her own late-night talk show called, Truth & Iliza.

How wealthy is the performer? How much does she make per gig? How lucrative is her comedy career? According to various sites, Iliza Shlesinger has an estimated net worth of $1 million as of 2018. What contributes the most to her income? Aside from her work as a comedian, what else does she have going for her?

How did Iliza Shlesinger Make Her Money & Wealth?

Born on February 22, 1983, in Manhattan, New York, Iliza Shlesinger grew up in Dallas, Texas, where she attended Greenhill School as a student. A member of the school’s improvisation team, she later joined the improv group, ComedySportz Dallas in her late teens. Upon graduating, she went to the University of Kansas for a year, before transferring to Emerson College, where she studied film. During her time there, she performed with the campus’ comedy sketch group, Jimmy’s Travelling All-Stars.

Upon graduating, she moved to Los Angeles, where she joined the Whiteboy Comedy Group. From there, she eventually began to perform at The Improv in Hollywood. A few years later, she participated in Myspace’s So You Think You’re Funny contest, where she emerged as the winner. Not long afterward, she decided to try her luck on the sixth season of NBC’s reality competition, Last Comic Standing. After several eventful weeks, she became the first female to win in 2008.

Following her win, she appeared in several television programs including Imagine It! The Power of Imagination, Comedy Central Roast of Joan Rivers, Pauly Shore & Friends and Laugh Factory. From 2011 to 2013, she also hosted the syndicated dating game show, Excused. Unfortunately, however, it’s not known how much she was paid for the role.

In the years since Schlesinger has been featured in many other television titles including This is Not Happening, Ridiculousness, Just For Laughs, The View, World’s Funniest, Young Hollywood and Separation Anxiety. As a guest, she has also been invited onto The Late Late Show with James Corden, The Joe Rogan Experience, Today and The Tonight Show Starring Jimmy Fallon.

In terms of her comedy career, she has been releasing comedy albums on a regular basis since the early 2010’s. For instance, she just came out with Elder Millenial on July 24, 2018. Some of her previous releases include War Paint, Confirmed Kills and Freezing Hot, all of which are available on Netflix. In 2016, she also starred in the digital comedy series, Forever 31.

Yes, she married her boyfriend Noah Galuten on May 12, 2018, after several months of engagement.

Does Iliza Shlesinger Have Any Children?

No, Iliza Shlesinger does not have any children as far as we know.

Does Iliza Shlesinger Go to College?

Yes, she went to the University of Kansas for a year, before transferring to Emerson College, where she studied film.

What is Iliza Shlesinger Famous For?

According to her official Twitter account, Iliza Shlesinger currently resides in Hollywood, California, with her husband. We do not have any photos of her home at this time.

What Kind of Car Does Iliza Shlesinger Drive?

Information on Iliza Shlesinger’s vehicle is not available.

How Much Money Did Iliza Shlesinger Make Last Year?

Details on Iliza Shlesinger’s 2017 salary is not available at this time.

As mentioned earlier, the comedian recently tied the knot with her husband, Noah Galuten on May 12, 2018. In terms of her comedy career, she came out with her latest stand-up special, Elder Millennial on July 24, 2018. According to IMDb, she will be also appearing in an upcoming documentary titled, John Pinette: I Go Now in 2019.

What is the comedian up to nowadays? If you want to stay connected with her latest news, why not follow her on social media? You can find Iliza Shlesinger on Twitter at @Iliza or on Instagram at @Ilizas. For more, you can check out her official website by clicking here.