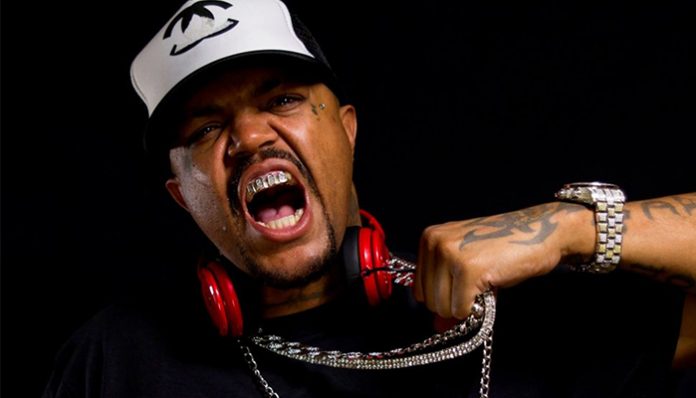 An accomplished rapper, DJ Paul has dropped dozens of projects since the launch of his career in the late ‘80s. A founding member of Three 6 Mafia, he played a significant role in the group’s rise to fame in the late ’90s.

As a solo artist, he has distinguished himself with a number of albums including Underground Volume 16, A Person of Interest, Master of Evil and Scale-A-Ton. On top of that, he has come out with many mixtapes, some of which include Mafia 4 Life, Crossfaded, For I’ve Sinned and Too Kill Again.

How many albums and singles has he sold? How successful is his hip-hop career? How much has he banked from all of his efforts? According to some sites, DJ Paul’s current net worth stands at an estimated $10 million. Where did he earn the majority of this from? How many ongoing projects does he have? Let’s take a look at some of this below.

How did DJ Paul Make His Money & Wealth?

Born on January 12, 1977, in Memphis, Tennessee, DJ Paul launched his career as a deejay in a club called “380 Beale” in 1988. Not long afterward, he and his older half-brother Lord Infamous formed the hip hop duo, The Serial Killaz. Renting a local studio, they recorded a number of tapes, which they then sold at local shops and schools.

By the early ‘90s, their group had grown to include four others—Juicy J, Koopsta Knicca, Crunchy Black and Gangsta Boo. Referring to themselves as the “Three 6 Mafia”, they released their debut album, Mystic Stylez in 1995. Before long, it had earned them a major opportunity- a music deal with Relativity Records.

During their time together, the group released many albums including Chapter 2: World Domination, When the Smoke Clears: Sixty 6, Sixty 1, Most Known Unknown and Da Unbreakables, all of which have earned RIAA accreditation. The winner of multiple awards, they also appeared in a number of television programs such as Flavor of Love, Jackass, The Simple Life, WWE Friday Night SmackDown and Wild ’n Out.

With how popular they were, it’s likely that DJ Paul had earned a considerable amount from their work. In addition to that, however, he has also been enjoying a successful solo career. In 2002, he released his first studio album titled, Underground Volume 16: For da Summa. Produced by the rapper himself, it consisted of fourteen tracks, many of which featured guest appearances from Lord Infamous, Frayser Boy and Crunchy Black.

Since then, he has recorded several other projects including Scale-A-Ton, Master of Evil, A Person of Interest and Underground Volume 17, the last of which came out last fall. In addition to his studio albums, DJ Paul has also self-released several mixtapes; some notable mentions include Hear Sum Evil (with Da Mafia 6ix), Clash of the Titans (with Drumma Boy) and The Weigh In.

Outside of music, he is also involved with a few business ventures. For instance, he founded his own music label, Scale-A-Ton Entertainment in 2009. In 2012, he also launched his own brand of BBQ seasonings called DJ Paul BBQ. Not long afterward, it was announced that he had acquired a real estate company.

No, DJ Paul is not married. In the past, however, he was engaged to Majda Baltic, whom he had met at Salt Lake City Airport.

Does DJ Paul Have Any Children?

Does DJ Paul Go to College?

Unfortunately, not much has been revealed about DJ Paul’s education background. As far as we can tell though, he has not gone to college.

What is DJ Paul Famous For?

DJ Paul initially gained fame as a founding member of Three 6 Mafia in the ’90s. Since then, he has also made himself known as a successful solo artist.

What Kind of Car Does DJ Paul Drive?

We do not have any information on DJ Paul’s car at this time.

How Much Money Did DJ Paul Make Last Year?

Last fall, he released a new album titled, Underground Volume 17: For Da Summa through his own label, Scale-A-Ton. Released on September 15, 2017, it included the tracks Fresh Out da Crazy House, Go Buck, Bitch Move and Headshot Hair Do, among several others.

What’s the deejay up to? If you want to keep up with his latest activities, you’ll probably want to follow DJ Paul online—you can find him on Twitter and Instagram at @DJPaulKom. On Facebook, he also has an official page that you can check out here.