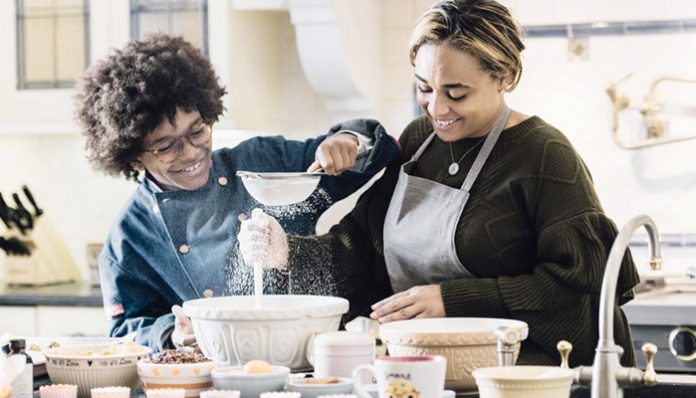 Based in New Jersey, Mr. Cory’s Cookies is known for their simple, yet delectable cookies. Founded by Cory Nieves, the business gained traction after being featured in the hit show The Profit last year. Since then, the company has seen tremendous growth—on social media alone, they’ve gained tens of thousands of followers.

Made with fun ingredients, their cookies come in a variety of flavors, the most popular being chocolate chip and creamsicle, both of which are raved by fans. In fact, you can even subscribe to have a dozen one of them delivered to your door every month.

How successful is the business today? How far have they come since their appearance on The Profit? How wealthy are the owners? Unfortunately, we do not have any information on Mr Cory’s Cookies net worth at this time. With that said, let’s take a closer look at the company.

How did Mr Cory Cookies Make His Money & Wealth?

Mr Cory’s Cookies is the brainchild of Cory Nieves, a 14-year-old baking prodigy. A natural entrepreneur, he had come up with the idea of selling hot chocolate to save money for a car—at the age of six. At the time, he and his single mom had grown tired of taking the bus after moving to New Jersey. Putting his plan to action, he eventually began to sell hot cocoa out of a restaurant near their apartment. Before long, he began to add lemonade and cookies to the menu; thus, Mr Cory’s Cookies was born.

At the beginning, the side hustle earned the mother-and-son duo a few hundred dollars per weekend. As word of their cookies got out, however, they were met with an incredible demand for the baked treats. After testing many original recipes, the pair was also able to perfect the perfect chocolate chip cookie—one made out of high-quality and all-natural ingredients. Since then, they’ve added several other flavors including Double Dark, Sugar and Oatmeal Raisin.

In 2017, the company received a huge boost after landing a spot on the hit show, The Profit. After much back-and-forth between the hosts and the pair, they were offered a $100,000 investment, in exchange for 40% equity in the company. Jumping at the opportunity to work with Marcus Lemonis, they quickly accepted and the rest is history.

In the months since, they’ve not only built up an impressive social media following but have managed to land big partnerships with brands such as West Elm and IT’SUGAR, both of which went on to sell their cookies at pop-up shops. In addition to that, they’ve had the chance to work with some of the country’s leading companies including J. Crew, Whole Foods, Ralph Lauren, Aetna, Macy’s, and Viacom, to name a few.

Aside from his successful food venture, Mr Cory—aka Cory Nieves also works as a part-time model and speaker. In fact, he’s taken part in numerous events over the past few years. Of course, his mother and partner have been supportive every step of the way.

No, as far as we know, the 14-year-old baker is currently single.

Does Cory Nieves Have Any Children?

No, he is too young to have children.

Does Cory Nieves Go to College?

Currently in his mid-teens, Cory Nieves still has a few years to go before he has to think about attending college.

What is Cory Nieves Famous For?

Cory Nieves is best known for founding Mr Cory’s Cookies with his mother, a cookies company that gained fame after being featured on The Profit.

Cory Nieves currently lives in New Jersey with his mother, where he continues to bake cookies. We do not have any pictures of their home at this time.

What Kind of Car Does Cory Nieves Drive?

Cory Nieves is too young to drive at this time. After appearing on The Ellen Degeneres Show, however, his mother was gifted a Ford Escape).

How Much Money Did Cory Nieves Make Last Year?

Last year, Mr Cory’s Cookies gained an incredible boost in popularity after being featured, and successfully landing a $100,000 investment deal in The Profit.

Interested in keeping up with Mr. Cory’s Cookies’ latest updates? If so, you’ll want to connect with them on social media— you can find the cookie company at Twitter at @MrCorys or on Instagram at @MrCoryscookies. Want to order some of their baked goods? Be sure to visit their official store here.