The Best Routers for Range in 2018 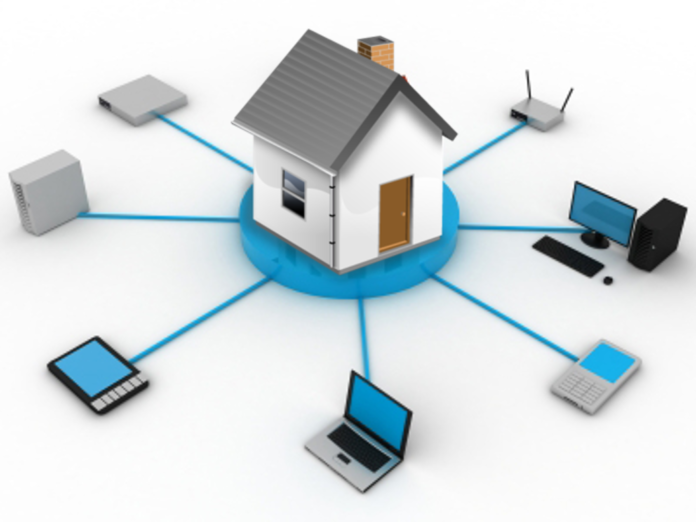 Home networking is becoming the modern day equivalent of a man taking pride in his lawn – instead of having a lush lawn that is the envy of your neighbors, why not have a superfast internet that you can get from anywhere in your home, especially the bathroom? In this list are seven routers that are advertised to have some of the best range on the market – read on to find out more about each router.

This router has the claim to fame of being the very first ever consumer-oriented 802.11ad router available for purchase on the market. An 802.11ad signal essentially means an “all band” symbol over 3 different bands of internet, which creates a super reliable (and powerful!) connection. Unfortunately, this router has a massive footprint and is not easily missed – with the dimensions of 9” by 9” by 1.7”, this router is colossal. On top are 8 different antennae, which really lends credence to this router’s claim of having a massive network.

Three Wireless bands are run at once; 800 MBPS at 2.4 gigahertz, 1733 MBPS at five gigahertz, and 4600 MBPS at 60 gigahertz. Powered by a 1.4 GHz dual core processor, more than 25 different devices can be attached to a network powered by a TP-Link Talon AD7200 before any noticeable slowdown starts to occur. Even better, you can receive a solid 1700 megabits per second when you’re standing more than 30 feet away. Without a doubt, this router is the best consumer-oriented router for those looking for more range. The price point is a bit expensive at $289 on Amazon, although it does come equipped with numerous bells and whistles, including 2 high-speed USB 3.0 ports perfect for transmitting files across your network.

The Google WiFi system is a new entrant to the networking arena – rather than have one point of access, this system utilizes 3 routers to create a seamless mesh network. As a result, your network can expand in size without the loss of speed and stability. With dual-band wifi at 2.4 GHz and 5.0 GHz, you can expect to cover a typical large American home smaller than 4,200 square feet. More Google WiFi units can be purchased and added to the network, increasing the coverage. Each unit is powered by a 710 MHz processor with half a gigabyte of ram, which means no slowdown will ever occur should you have too many devices on the internet.

Each router is equipped with the exact same specialties; two high-speed ethernet ports capable of working at a gigabit per second, and even comes equipped with Google’s proprietary Google Home software and Amazon’s Alexa software. On each router, the LAN port can be used to extend the functionality and allow for more devices (such as an Xbox!) to be hooked up. The Google WiFi system comes in a set of 3 units for your initial purchase for $289.99, and additional units can be purchased to extend your network for around $100.

Known as “the gamer’s router,” Asus has shown that they truly are at the top of the computing and networking industry. For a purchase of under $300, you can purchase the Asus RT-AC88U, which is one of the fastest routers on the market and has a hefty wireless footprint to follow. The router comes with four antennae and is equipped with 8 Gigabit LAN ports, which means that you can totally wire your own home network to your heart’s desire. The router has both 2.4 GHz and 5.0 GHz bands, which is compliant with all your devices and can increase speeds of connected devices if they’re on the 5 GHz band.

The Asus RT-AC88U also comes equipped with multiple client MU-MIMO (multi-user, multiple-input, multiple output technology) streaming, which allows for numerous users to soak up the bandwidth without any noticeable slowdown. This router is also equipped with a USB 3.0 port, although larger external hard drives has been claimed to have a lot of trouble with their payload. This router costs around $279.99 on Amazon.

Offered by Netgear, the Nighthawk R7000 dual-band router is indeed equipped with dual band. With a 1,300 mbps speed on the 5 GHz line and a 600 mbps speed on the 2.4 gigahertz band, this router can get connections of up to 20 feet away with a wall in between. 3 antennae protrude from the top, but unfortunately, do not create such a huge range of distance like some of the other routers in this list do. However, the Nighthawk R7000 is equipped with a range of features, including features that can monitor your bandwidth usage (if you have a data cap) and alert you, as well as optimizing itself for things like streaming, gaming, or bit torrenting. This router is much cheaper than some of the other routers in this list, coming in at only $189.98 on Amazon.

Here we go – back to the triband! Triband is three bands connected on the same router; as you may have guessed from above, it comes with a decent 2.4 GHz speed, a really good 5.0 GHz speed, and an insane speed at 60 GHz. D-link kind of fell off the map with lower-priced routers aimed more towards regular consumers without powerful networks, but the 890L delivers for its price point of $200. With tri-band connection (which most consumer devices don’t have, unfortunately), you can expect to get range from upwards of 50 feet away and with various obstacles in between. The 890L sports a unique black-and-red paint job, making it truly stand out. The one biggest gripe I have about this router is that the antennae cannot be detached, which makes it a little bit more difficult to transport. If you are looking for a cheap router that can cover a huge range, this might be the one you need to purchase.

Back to Netgear, the Nighthawk X10 is the R7000’s big brother – this Nighthawk router comes equipped with triband, offering insane speeds up to 1,300 mbps on the 60 GHz connection. This router is also equipped with MU-MIMO streaming, and can serve to effectively double your Wi-Fi speeds with the 160 Megahertz technology. With a large footprint of 8.81 inches by 6.61 inches by 2.91 inches tall, you cannot miss this router. You can expect to stand upwards of 40-50 feet away and still get a solid connection, even if a wall or two is in the way. This router is also equipped with 802.11 AD technology, which is a technology that very few consumers have adopted. It’s also equipped with Amazon’s Alexa and Google Home! However, this is the most expensive router in this list, coming in at a whopping $445.99. For those looking for range, this is the router that you need to get.

A remix on the classic black-and-purple router by Linksys, this router offers promising range on two bands of 5 Ghz and 2.5 Ghz each. The WRT1900ACS is far cheaper than any other competitors with a price of around $150 on Amazon, and you can expect to get range from upwards of 30 or 40 feet away – perfect for families that have a two-story house and a rising demand for wireless. With four antennae and Linksys’s legendary firmware support, this is the most accessible router for anyone looking to pump up the range of their home network. This router is also equipped with Universal Plug and Play and DLNA, making it the perfect centerpiece to a home theater of a home network entertainment system.