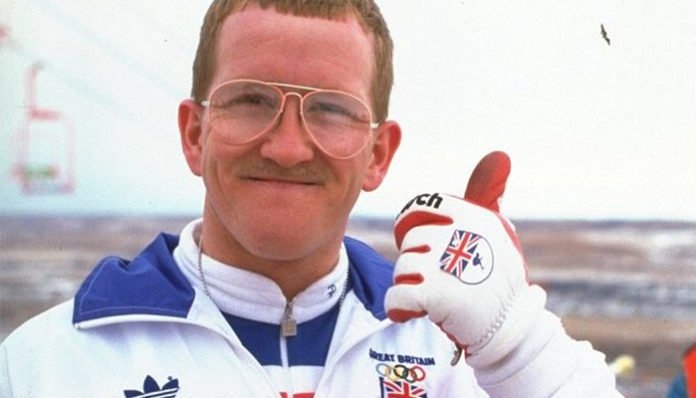 Hailing from England, Eddie Edwards was the first skier to represent Britain at the Winter Olympics- a feat that he had done in 1988. Despite the fact that he finished last in his events, his efforts had endeared him to countless individuals across the globe. In the months after the Olympics, he even became a media celebrity, with many appearances on television.

In the recent years, Edwards has continued to be active in the media. For instance, he has appeared in a number of TV programmings such as Let’s Dance for Sport Relief, The Jump, and Fake Reaction. In 2016, a biopic film titled, Eddie the Eagle, centering around his Olympic journey, was also been released.

How successful is the former ski jumper now? What has he been up to? How wealthy is he? Unfortunately, Eddie Edwards’ current net worth is unavailable. With that said, let’s go over his career, as well as some of his different sources of income.

How did Eddie Edwards Make His Money & Wealth?

Born on December 5, 1963, in Cheltenham, England, Eddie Edwards initially started out as a downhill skier; it wasn’t until he realized that there were little to none ski jumpers from Britain, that he decided to make the switch. Coached by Chuck Berghon and John Viscome, he eventually began jumping in Lake Placid, New York. Over the next few years, he spends endless hours training at the hills.

At the age of twenty-four, he represented his country at the 1987 World Championships, which were held in Obsertdorf, West Germany. Though he finished in 55th place, the fact that he was the sole applicant from Britain earned him a spot at the 1988 Winter Olympic Games.

At the games, Edwards competed in the 70m and 90m events, where he ultimately finished last. Despite this, however, he set two new records for Britain. On top of that, his efforts had also charmed the hearts of countless people across the world. In fact, shortly after the Olympics, he had become a media celebrity with numerous appearances on TV talk shows.

While he tried to qualify for the 1992 Winter Olympics four years later, he ultimately failed to do so. Since then, Edwards has not returned to ski jumping.

In the years since, Edwards has been involved with several projects, one of which includes the biopic film, Eddie the Eagle. Released in early 2016, it chronicled his life story and was directed by Declan Lowney.Generally well received, the film went on to fetch $46.1 million at the box office.

As far as television goes, he also appeared in the shows Let’s Dance for Sport Relief, The Jump, and Fake Reaction, to name a few.

Outside of reality television, he also appeared in several advertising campaigns. In fact, at the peak of his popularity, he was offered a pay of  £10,000 an hour.

In 2016, he also released an autobiography titled, Eddie the Eagle: My Story.

He was married to Samantha Morton up until 2016. The two had been together for over a decade prior to the divorce.

Does Eddie Edwards Have Any Children?

As far as we know, Eddie Edwards does not have any children.

Did Eddie Edwards Go to College?

Yes, he did. In 2003, he received a degree in law from De Montfort University.

What is Eddie Edwards Famous For?

As an athlete, Eddie Edwards is best known for having been the sole representative of Great Britain in the ski jumping event at the 1988 Winter Olympics. Despite not having medalled at the event, it had garnered him a significant amount of attention.

Eddie Edwards currently lives in Gloucestershire, which is in South West England. Photos of his home are unavailable.

What Kind of Vehicle Does Eddie Edwards Drive?

How Much Money Did Eddie Edwards Make Last Year?

Information on Eddie Edwards’ annual earnings for 2021 is not available.

Eddie Edwards was recently featured in The Masked Dancer, a British reality series in which celebrity contestants perform various dance moves while wearing elaborate face masks and costumes. He was the fourth celebrity to be unmasked (he was dressed as a rubber chicken) and had appeared in two episodes before coming back for the finale, which aired on June 5, 2021.

According to IMDb, he will also be making an appearance in the TV movie Kicking Off, which will tell the story of the world’s unluckiest football team. As far as we can tell, he’ll be playing as himself (Eddie ‘The Eagle’) alongside Bruce Jones, Jonny Dixon, Mark Holland, Steven Arnold, and several other actors.

In terms of his personal life, it was revealed that he had divorced his wife, Samantha Morton back in 2016. And “[his] love life has gone downhill since”, according to a recent interview he did with The Sun. Allegedly, he also had to give up 85% of his net worth as part of the divorce settlement. Since then, he’s tried using some dating apps but haven’t had much luck so it’s probably fair to say that’s currently not in a relationship.

As for whether or not he still jumps, he had returned to the competition facility at Canada Olympic Park (the same place that he’d competed in during the 1988 Winter Olympics) in 2017 to do exactly that. According to Eddie, they were his first jumps in over 15 years. Seeing as how he currently resides in Gloucestershire, however, we wouldn’t be surprised if he hits the slopes every now and then in his free time.

His legacy also lives on at the Winter Olympics with the ‘Eddie the Eagle’ rule, which states that athletes should aspire to place within the top 30 percent or top 50 competitors, whichever is fewer, at an international event.