What Happened to Elisha Cuthbert – Now In 2022 Update 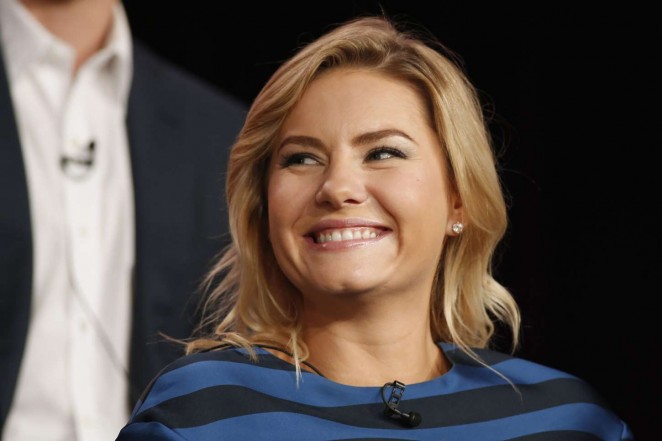 Elisha Cuthbert is best known as 24’s own damsel in distress Kim Bauer. The Canadian actor has a wide variety of roles and award nominations under her belt. Beginning her career in 1992 she has been a mainstay of television ever since. So what she doing now?

Elisha Cuthbert was born on November 30th 1982 in Alberta, Canada. Her parents Patricia and Kevin Cuthbert are a homemaker and automotive designer respectively. The family moved to Quebec when Elisha was still young. She graduated from Centennial Regional High School in 2000. Elisha began modelling as a child, advertising children’s clothing from the age of nine. She made her television debut in 1996 in the Canadian Horror fantasy show “Are You Afraid of the Dark”. She would become a primary cast member years later.

Her first feature film was the 1997 flick”Dancing on the Moon”. She continued to work in Canada until the end of 2000, appearing in “Airspeed” and “Lucky Girl”. Soon after her move to Hollywood she was cast as Kim Bauer in ’24”.

Starring opposite Canada’s favorite son Kiefer “Lost Boys” Sutherland, Elisha portrayed his daughter for the first three seasons of the show, making guest appearances in a few subsequent seasons. She also reprised her role in the 2006 video game adaptation. The game was poorly received by critics, but was nominated for a BAFTA for its script. Elisha Cuthbert appeared in a few successful films around the time she was on “24”. Including a small role on the commercially successful “Old School” and the Brit flick “Love Actually”.

Her major Hollywood breakthrough came in 2004 when she starred in “The Girl Next Door”. In it she played ex-porn star Danielle. Elisha spoke to many women in the field in preparation for her role in the comedy film. It received a mixed reception from critics, but was a minor success critically. Her next film was the 2005 remake of “House of Wax” opposite Paris HIlton. This film too was reviewed poorly, but was a major commercial success, grossing over $68 million. Elisha Cuthbert was noted as being exceptional, in that she wasn’t a horrible actor.

Over the years she has appeared in a variety of films and TV shows, though none would match the success she had in “24”. In 2011 she starred as Alex Kerkovich in three seasons of the ABC comedy series “Happy Endings”. Elisha Cuthbert is a huge fan of Hockey, she maintained a blog on the NHL website in 2005, though her updates were few and far between. She dated NHL player Sean Avery for close to two years, before breaking up in 2007. Since then she has dated Dion Phaneuf. Sean Avery said of her new relationship, In an astoundingly stupid move, that it had become a thing among NHL players to fall in love with his sloppy seconds. The comments caused controversy, rightly so, and h was suspended for them.

What is Elisha Cuthbert Doing Now In 2022?

Elisha Cuthbert recently starred in the comedy-drama The Ranch, where she played the role of Abby Phillips-Bennett, a teacher at the fictional Norwood High School. Initially a recurring character, she was later promoted to a series regular in the second season. She ultimately went on to stay for two more seasons, until the end of the show.

The same year The Ranch ended, she was featured in an episode of Jann, a CTV comedy series that stars Jann Arden as a fictionalized version of herself. For her portrayal of Liz, she went on to receive a Canadian Screen Award nomination for Best Performance of a Guest Role in a Comedy Series.

She also made a guest appearance in the very first episode of Canada’s Drag Rag, which aired on July 27, 2020.

Outside of acting, she has also been invited to a few talk shows over the past couple of years including The Talk and The Joel McHale Show with Joel McHale. Not only that, but she was also a guest on the podcast series, The Adam Carolla Show and That Scene with Dan Patrick.

In terms of the big screen, she recently starred in The Cellar, a supernatural horror film that’s written and directed by Brendan Muldowney. In it, she plays the role of Keira Woods, a young mom whose daughter mysteriously disappears in the cellar of their house. Other cast members include Eoin Macken and Dylan Fitzmaurice Brady.

According to her IMDb page, she will also be starring in the upcoming film Dear Elizabeth, which is currently in the post-production stages. Directed by Scott Abramovitch, it will revolve around a man who stalks an old college classmate (Cuthbert’s character) on social media.

That’s not all, it has also been announced that she will be starring in a film titled, Friday Afternoon in the Universe. A comedy, it will center around an alcoholic playwright who finds out that her play has been stolen and taken to San Francisco.

Earlier this year, she also gave birth to a son. She and her husband, to whom she’s been married since 2013, also have a daughter together who was born in 2016. They currently live in Ottawa and spend the summers at a waterfront estate in Prince Edward Island.