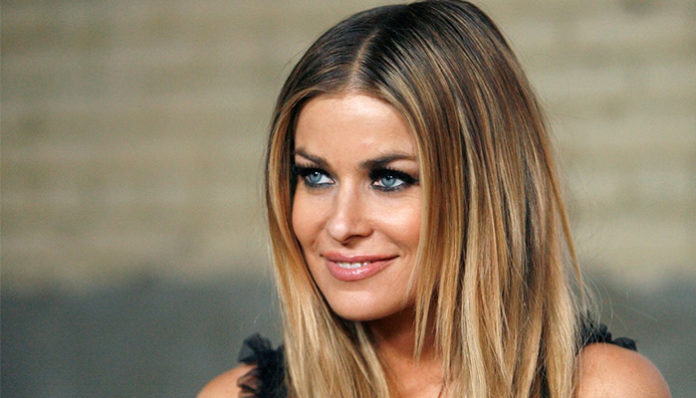 Former model and actress Carmen Electra first rose to fame as a model for Playboy Magazine in the mid 90’s. Born and raised in Ohio, she involved herself in the performing artsーmore specifically in dancingーever since she was a young girl.

A student at the School for Creative and Performing Arts, her early ambitions was to one day dance professionally on Broadway. Keeping her options open however, she also went to Cincinnati’s Barbizon Modelling and Acting School. However her focus soon shiftedーby 1991, Electra had relocated to California in hopes of pursuing a career in music. Having met American singer-songwriter Prince, she forged a recording deal with his label and released a single studio album, Carmen Electra in 1993. Eventually switching her attention back to acting, Electra made her television debut in an episode of the TV series, Erotic Confessions (1996), after which she guest starred in the action drama, Baywatch Nights (1996). Around that same time, the blonde beauty also posed for Playboy, which helped to boost her profile further in the industry.

In 1997, Electra received a big break when she was selected by MTV to host a popular reality game show called, Singled Out, after her predecessor Jenny McCarthy left to star in a comedy. That same year, she also made her motion picture debut in the horror comedy, An American Vampire Story (1997) where she played alongside Adam West, Johnny Venocur, and Trevor Lissauer. From there, she appeared in a series of projects including Good Burger (1997), Just Shoot Me! (1997), All That (1997), and Pacific Blue (1997). Before long, Electra collided with yet another huge opportunity when she was cast as one of the series regular in the action drama series, Baywatch (1997)ーwhich remains to be one of her best remembered performances on television. In 1999, she subsequently joined the cast of Hyperion Bay, a drama series created by Joseph Dougherty. Some of her later appearances on the small screen include Off Centre (2002), Eve (2003), Celebrity Temps (2003), 30 Days Until I’m Famous (2004), and Summerland (2005), to name a few.

What has the 44-year-old actress been up to since then? Is she still regularly filming for series and movies? If not, what new endeavours have been keeping her busy? What happened to Carmen Electra? Where is she now in 2018? 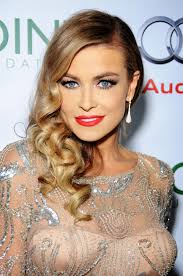 Born on April 20, 1972 in Sharonville, Ohio, Carmen Electra (Birth name: Tara Leigh Patrick) is the daughter of Patricia, a singer, and Harry Patrick, a guitarist; the youngest out of six siblings, she has one sister and four brothers and is of Dutch, German, English, and Irish descent. Growing up, she was an avid dancer; while she went to school at Ann Weigel Elementary, she also studied dance at a local Dance Artists Studioーan activity that she continued until she was nine years old.

At one point, Electra’s dream was to one day become a professional dancer on Broadway. Later attending the School of Creative and Performing Arts in Cincinnati, she appeared in an on-stage production of Peter Pan alongside Nick Lachey. After two years at the institute, she went to Princeton High School from where she later graduated from in 1990. During that period, she was also a student at the Barbizon Modelling and Acting School.

At the age of eighteen, the blonde started working as a professional dancer at Kings Island, an amusement park in Mason Ohio, as part of a show called “It’s Magic”. Her career path soon changed however as she decided to pursue music the following year. Relocating to California in 1991, Electra met American singer-singer Prince, who eventually offered her a recording contract with his label, Paisley Park Records. From there, she embarked briefly on a solo music career, releasing a self-entitled studio album, Carmen Electra in 1993. Unfortunately not well received upon its release, Electra promptly decided to leave the music realm shortly afterward. From there, she started to appear on television. 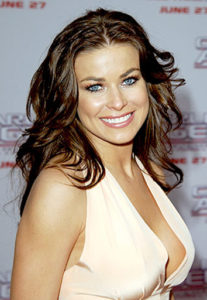 After several minor roles, Electra received the big break that she had been waiting for when she was cast as one of the female protagonists in the action drama series, Baywatch (1997). The brainchild of Gregory J. Bonann, Douglas Schwartz, and Michael Berk, its plot revolved around a team of lifeguards and the dangers that they face on the recreational beaches of California. Throughout the series, they are faced with a number of conflicts from drowning incidents to earthquakes, although the former was considerably more common. In the show, the blonde actress played as Lani McKenzieーa life guard introduced in the eighth season, who dreams of one day becoming a famous dancer. After working at the beach for a period, she left to pursue dancing in Las Vegas, although she was later re-hired as an entertainer for the cafe on the beach. In addition to Electra, Baywatch‘s cast list also featured David Hasselhoff, Peter Phelps, Erika Elaniak, Pamela Anderson and Parker Stevenson.

Consisting of 45-minute episodes, Baywatch first aired on NBC on September 22, 1989. Although initial ratings were low, causing it to be cancelled by NBC, it eventually survived and became one of the most popular TV shows airing at the time. Filmed in Hawaii, the series received a number of awards during its run including two ASCAP Awards, and multiple Young Artist Award nominations. After appearing on Baywatch for twenty two episodes during the eighth season, her last appearance being in that of the twenty second episode, White Thunder at Glacier Bay: Part 2, Electra departed from the show in 1998. 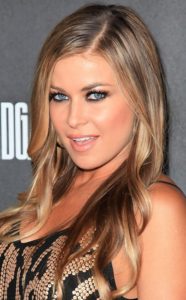 Around the same time that she landed the role in Baywatch, Electra was also hired by MTV to act as hostess on the reality game show, Singled Out (1997). Originally hosted by Jenny McCarthy, the actress was chosen to be her replacement after the former had left to star in her own comedy sitcom. Shot in Burbank, California, each episode of Singled Out featured fifty women and fifteen men, all of whom eventually compete with one another for a chance to date the main contestantー”the Picker”ーof the opposite gender. The picker is typically escorted onto the set in front of the fifty potential dates at the beginning of the game. Originally aired on June 5, 1995, the game show ran for three years, before wrapping up in 1998.

In the summer of 2000, Electra received her first major film role in the horror comedy, Scary Movie. A parody of the mystery, slasher and horror genres, it is noted for spoofing many high-profile movies such as I Know What You Did Last Summer (1997), and Scream (1996). Directed by Keenen Ivory Wayans, it centred around a group of teens who are unknowingly stalked by a clumsy serial killer. One of the female leads, the actress played the part of Drew Deckerーan eighteen year old girl who receives a threatening-sounding phone call in the middle of the night while home alone; she is later chased and pursued by Ghostface who ultimately ends up being stabbed. In addition to Electra, the cast also included Jon Abrahams, Shannon Elizabeth, Kurt Fuller, Anna Faris, and Regina Hall.

Distributed by Miramax, Scary Movie came out in theatres on July 7, 2000. Despite receiving mixed reviews from contemporary critics, it proved to be a massive commercial success, bringing in over $278 million in ticket sales altogether from a production budget of $19 million. Over the next few years, it spawned a number of sequels including Scary Movie 2, 3, 4, and 5; Electra would later re-appear in the fourth instalment.

Four years later, Electra found herself playing another lead role in the cop comedy film, Starsky & Hutch (2004). An adaption of an earlier TV series from the 70’s, it centred around the adventures and mishaps of two undercover cops working in the fictitious city of Bay City, California. In the movie, the actress played as Stacey Haackーa cheerleader who later meets the police officers while they are pursuing a case; she later becomes romantically involved with Hutch. Joining her in the cast were Ben Stiller, Owen Wilson, Vince Vaughn, Snoop Dogg, Jason Bateman, and Fred Williamson, among others.

Released in theatres on March 5, 2004, Starsky & Hutch grossed over $28 million across 3100 screens during its opening weekendーclose to that of its production budget of $60 million. Proving to be a blockbuster, it later earned a worldwide toga of $170 million by the end of its run in theatres. Although some noted that the plot sometimes felt “aimless”, the general consensus from critics was positive; for instance, Roger Ebert awarded it a three out of four star rating.

Carmen recently guest-hosted an episode of Domino Masters, a reality competition series where teams are tasked with building various creations out of domino pieces. Prior to that, she appeared in an episode of Hell’s Kitchen. She was also featured in an episode of The Celebrity Dating Game and was a guest on The Wendy Williams Show in 2021. And in 2020, she made a small appearance in the sports documentary miniseries The Last Dance, where she talked about her short-lived relationship with former basketball player, Dennis Rodman.

As far as acting goes, her last television role was in the Freeform sitcom Alone Together, where she played the part of Tia, a guest character that appeared for two episodes. She also appeared in the film Book of Fire in 2015.