What Happened to Orlando Brown – Recent News For 2023 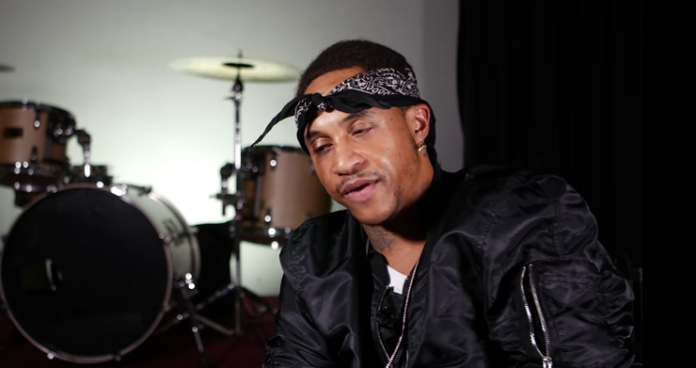 With Raven-Symone returning to the Disney Channel for a That’s So Raven spin-off, lots of people are wondering what some of the other stars from that show have been up to. Orlando Brown played Raven’s best friend Eddie in the show, but since the series ended back in 2007, he hasn’t found the same success Raven has. So what is Orlando Brown doing now?

Orlando Brown was born in Los Angeles in 1987 and was only seven years old when he began his acting career. His first role was in 1995 for the TV series Coach, an ABC sitcom that starred Craig T. Nelson. Later that year he was in two films: Family Values, an ABC made-for-TV flick, and Major Payne, the military comedy.

Through the 90s, Brown showed up in almost a dozen different sitcoms, usually for a single episode. In the House, Malcolm & Eddie, and Sister, Sister are just a few of the shows he appeared in. He also did a lot of voice acting work, notably for Warner Brother’s Waynehead.

In 1997, Brown had his first recurring sitcom role on the Perfect Strangers spin-off Family Matters, showing up in the seventh season and becoming a main character for the last two.

In the early 2000s Orlando Brown started to become a Disney regular, playing Sticky Webb on the animated Proud Family, and Cornelius Fillmore in Fillmore!. He also had some silver-screen success with his role in Max Keeble’s Big Move, where he played Dobbs, one of the bullies.

Orlando Brown on That’s So Raven

By 2001, Disney was ready to use Brown for a full-time part on a show, so they cast him as Eddie on That’s So Raven. In the show, the main character, Raven, has brief psychic visions. She uses these to try and solve problems, usually creating bigger problems along the way.

Orlando Brown’s character on the show was Edward “Eddie” Thomas. An aspiring rapper, Eddie was also on the school’s basketball team. He was Raven’s best guy friend, and served as a big-brother figure to Raven’s younger brother, Cory (played by Kyle Massey, who got his own spin-off with Cory in the House).

That’s So Raven was a milestone for the Disney Channel. It was the first Disney series to reach 100 episodes, the first to lead to a spin-off, and helped set the tone of subsequent Disney live-action sitcoms. The series became the highest-rated show the Disney Channel has produced.

The show also helped Orlando Brown start a music career. He ended up working on six different tracks for Disney. In 2006, he even released a solo album, Trade It All. The single, “Trade It All” provided some insight into Brown’s life as a child star, highlighting how he’s had to give up normal relationships for his career.

Orlando Brown hasn’t appeared in many TV shows/films over the past few years. According to IMDb, his last acting role was in the 2016 film, Smoke Filled Lungs. Prior to that, he appeared in the films Straight Outta Compton and American Bad Boy, both of which came out in 2015.

There’s good news for fans, though. From the looks of it, he will be starring in an upcoming film titled, Bloody Hands alongside Natasha Behnam and Stephanie Noel Garrison. In fact, it won an award for Best Trailer at the United International Film Festival back in 2016.

Earlier this year, he was also a guest on the podcast Cornbread TV, which is hosted by sketch comedian Funny Marco. For those who are interested, you can stream it on YouTube here. Not only that but he was also interviewed by No Jumper on YouTube and the last that we checked the video had already been streamed more than 585K times.

What else has he been up to? In 2020, he opened up about his past addictions and struggles at a church fundraising event. He revealed that he’d experienced with crystal meth and weed and that he was addicted to the internet. Since then, he has completed a six-month in-patient recovery program in Abilene, Texas.

That same year, he released a number of new singles including, “Coming to America”, “Empire” “Smiled On Me”, and “Hi, I’m Famous”, many of which were accompanied by music videos. Take his “Smile On Me” MV, for example, it’s been viewed more than 643,000 times on YouTube since it was first uploaded on May 29, 2021.

That’s not all, he also revealed in an Instagram post that he had married his long-time girlfriend, Danielle Brown, in October 2021. The two have a two-year-old son together. It was also his fiancée that had introduced him to the church.