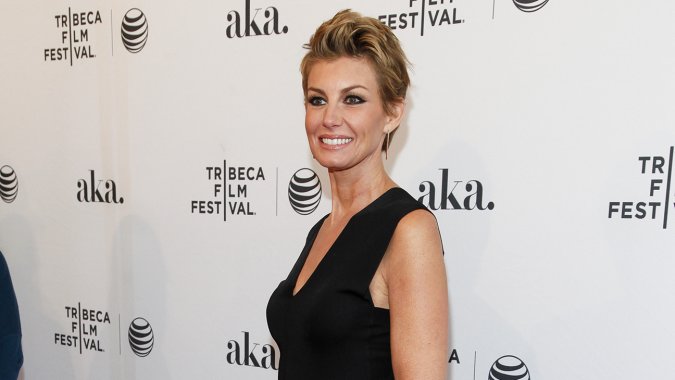 Faith Hill is a well-known country and pop singer whose incredible talent spawned seven critically-acclaimed albums, plus numerous awards and nominations. She’s also performed along with her husband Tim McGraw in a couple of chart-topping country music duets.

You might be wondering what Faith Hill is up to now this year and what the latest updates about the singer are. Before we check out the latest, let’s take a trip down memory lane and see how Faith Hill became a superstar in country and pop music.

Audrey Faith Perry was born on September 21, 1967, in Star, Mississippi. She grew up under the care of her adoptive parents Ted and Edna Perry, along with two older brothers. It was in 1993 when Hill met her biological mother Paula White and brother Zachary after years of searching.

Throughout her childhood Hill utilized her budding vocal talents by singing in churches. As a teenager Hill played the guitar and performed at rodeos and local fairs with her country band. She spent a single semester at Hinds Community College before calling it quits to follow her passion of singing. Hill relocated to Nashville, Tennessee, and took different jobs to support herself ranging from a McDonald’s service crew to a merchandise vendor for country singer Reba McEntire. 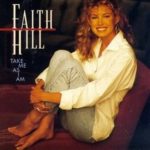 Hill eventually became a backup vocalist for Gary Burr whenever he performed at the Bluebird Café in Nashville. It was here where Hill’s voice captivated a talent scout from the record label Warner Bros. Records, who then offered Hill a recording contract. In 1993 she released her debut album Take Me as I Am which was met with praise and commercial success. The single “Wild One” sat on the top spot of the Hot Country Songs chart of Billboard for a month. Her country rendition of the Janis Joplin classic “Piece of My Heart” also enjoyed much success.

Her second album It Matters to Me hit the shelves in 1995. It was supposed to be released earlier but Hill took a short break after going through surgery for her vocal cords. It Matters to Me was again well-received and peaked the country charts, not to mention solidifying Hill’s name as a solid performer in the genre.

The following year Hill joined forces with singer Tim McGraw for a joint tour named the Spontaneous Combustion Tour. The two quickly fell in love and were married October that year, and three lovely daughters followed namely Gracie (1997), Maggie (1998), and Audrey (2001). Hill and McGraw also released the duet “It’s Your Love” which raked in awards and was a chart-topper.

Hill stopped making music for three years to focus on her family and for some well-deserved R&R. She returned to the scene in 1998 with the release of her third studio album Faith. It showcased mostly pop tunes although there are still traces of country music. Her venture in this new genre still proved to be quite successful with massive hits like “This Kiss”, “Let Me Go”, and “Just to Hear You Say That You Love Me”. 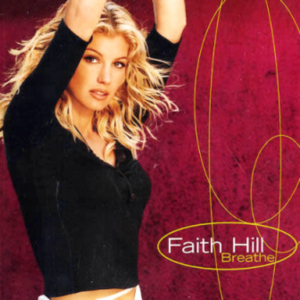 She maintained her momentum in the genre with another album before the decade ended, titled Breathe. It bore singles that were completely focused on pop with very little traces of country music. The award-winning album also featured a sexier side of Hill.

The 2000s opened with Hill and McGraw embarking on the Soul2Soul Tour that ran from July to December. It was followed by the Soul2Soul II Tour in 2006 and the Soul2Soul 2007 Tour, with the former being among the highest-grossing tours for country music.

Perhaps one of the most recognized singles from Hill is “There You’ll Be” which was released in 2001 as part of the soundtrack of the war film Pearl Harbor. The next year Hill released her fifth album Cry which was of course a chart-topper with a Grammy award victory and millions of copies worth of sales.

Aside from singing her heart out on a microphone, Hill’s portfolio also includes a background in acting. Her debut was in 1997 during the premiere of the fourth season of drama series Touched by an Angel. In the big screen Hill had her debut in the 2004 thriller The Stepford Wives. Her next film came 11 years later in the crime drama Dixieland.

With her surging popularity in pop music, critics thought that Hill finally abandoned country music in favor of the new genre. She reassured the public during the Country Music Association Awards (where she won the Female Vocalist of the Year award) in 2000 that she loves country music and that’s where her heart is. 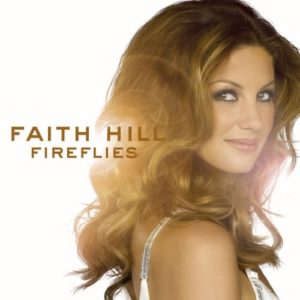 Three years after her last album Hill returned to her roots with Fireflies. It effectively reminded everyone that Hill has never lost her talents in country music as the singles in this album topped the country charts. In 2007 she released The Hits which contained some of her best singles in previous albums plus two new songs and remixes.

Hill appeared on her husband’s album in 2007 titled Let It Go in the duets “Shotgun Rider” and “I Need You”, with the latter a recipient of two nominations (Best Country Song and Best Country Collaboration) during the 2008 Grammy Awards.

From 2007 to 2013 Hill replaced Pink in performing the theme song of NBC Sunday Night Football. Hill was then replaced by fellow country singer Carrie Underwood. 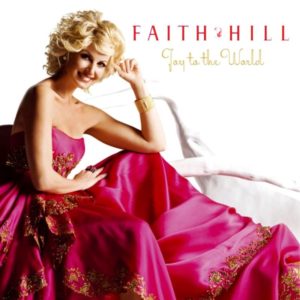 Hill’s next album was released in 2008 titled Joy to the World. It contained mostly covers of classic Christmas songs plus an original single “A Baby Changes Everything”. The album gathered praise and was given Gold certification for selling more than 500,000 copies. Hill did not release any more albums after Joy to the World and instead focused on performing at events and contributing at soundtracks.

In 2011 Hill revealed that she was working on new material and she confirmed the following year that it was already done. Her cover of the OneRepublic song “Come Home” was the first single for this upcoming album. Critics praised Hill’s voice but they did not like the song’s production. Hill performed the song during the CMA Awards that year.

Hill and McGraw started the Soul2Soul show in 2012 which they performed at The Venetian. The high demand from fans forced the pair to have an encore which ran from 2013 to 2014 in ten weekends. The shows were praised by critics especially the undeniable chemistry between Hill and McGraw.

Faith Hill has been starring alongside her husband Tim McGraw in Paramount+’s 1883. She plays the role of Margaret Dutton, the matriarch of the Dutton family while Tim plays as her husband James Dutton, a former captain in the Confederate States Army. A prequel to Yellowstone, the series premiered on the online streaming platform on December 19, 2021. It consisted of ten episodes and finished in February 2022 with positive reviews. On IMDb, it currently has an 8.9/10 rating.

Two weeks prior to the season finale, it was announced that Paramount had ordered ‘additional episodes’ of the series, which will presumably be airing sometime in late 2022 or early 2023. Given that, it’s probably fair to say that we’ll be seeing Hill again sometime soon.

A sequel series 1932, which will focus on the new generation of the Dutton Family, has also been announced and is currently in the works. However, it’s not known at this time whether or not Hill will be making an appearance in the sequel. She did, however, make a guest appearance in an episode of Yellowstone during the fourth season (in a flashback scene).

Over the past year, she’s also been featured in a number of TV shows as herself including One Year Dark, Celebrity Page, CBS Mornings, and Directed By. She also presented at the 2022 CMT Music Awards and The 28th Annual Screen Actors Guild Awards.

And for the 25th anniversary of her husband’s hit song, ‘It’s Your Love’, she posted a never-before-seen photo (taken from the music video) to her Instagram account. The photo displays the two filming the music video hand-in-hand in a castle-like ballroom while she was pregnant with their first child, Gracie. Within 24 hours, it had received more than 31,000 likes.

The couple also celebrated their 25th anniversary aka “silver anniversary” last year. For the milestone, Hill gifted her husband a pair of blue jeans and a pair of red cowboy boots. According to the video that she posted on Instagram, she’d worn the jeans during the shooting of the MV for his single, ‘Meanwhile Back at Mama’s. That’s right, she’d kept them for over a decade!

As for the red cowboy boots, she’d had them since 1981, when she was in seventh grade. The meaning behind the gift? That ‘there’s going to be good times, bad times’. She also added that the most important thing that they share is their three daughters.