What Happened to Kris Kross – What They’re Doing In 2023 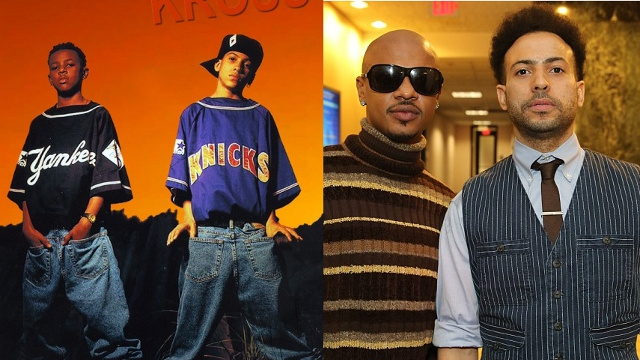 Kris Kross – the name brings to mind some serious nineties nostalgia. Did you get swept up in the trend of wearing your clothes backwards? The early nineties was an exciting time for music in general, and hip hop and rap music specifically. The nineties music scene welcomed rap duo Kris Kross with open arms, even though they were just 13 at the time. Everyone remembers their big hit, “Jump,” which was released in 1992, and their signature fashion style of wearing their clothes backward.

So where are they now? Let’s find out. 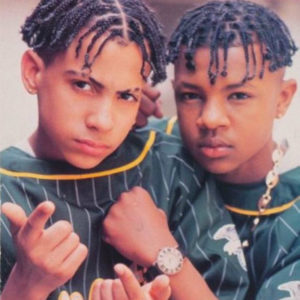 First, we have to start from the beginning. Kris Kross is comprised of two members – James Christopher “Mac Daddy” or “Miggida Miggida Mac” Kelly, and Christopher “Daddy Mac” Smith. They grew up in Atlanta, and met in the first grade, when they became friends. They started performing together at an early age, and they were discovered by famous rapper and producer Jermaine Dupre at a performance at a shopping mall. They released their first album Totally Krossed Out in early spring of 1992 after being signed to the Ruffhouse Records label. Dupri ended up producing the entirety of that album to great success. Their first and most remembered single, Jump went straight to the top of the Billboard Hot 100, and stayed there for an impressive eight weeks. At the time, that was the longest run at number one for any rap song. The second single off of Totally Krossed Out was the confident “Warm It Up,” which only made it to number 14 on the charts. This was enough to push the album to multi-platinum status.

People took notice. They were recruited to open for Michael Jackson’s Dangerous World Tour, and they even made an appearance in the King of Pop’s music video for Jam. Around this time, TLC, a all-girl R’n’B group that is also nineties famous, had the boys in a video for their single Hat 2 da Back. Around this time they also released an ill advised Sega CD game called Kris Kross: Make My Video. In it, you could make your own Kris Kross video fr their songs using stock footage, original music videos, and various 90’s style video animation effects. It did very poorly in sales, and the critics tore it apart. Kris Kross: Make My Video had the honor of reaching #18 on a 20 Worst Games of All Time list published by Electronic Games MOnthly. 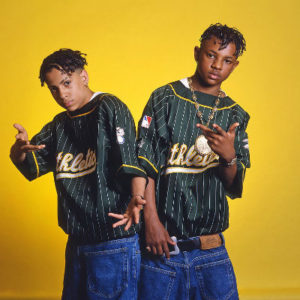 IN Late 1993, Kris Kross Da Bomb, their second album. The young Chrises saw another success with that album – it went platinum.

Their last album together, Young, Rich & Dangerous, also marked the end of the group. That’s not to say that the album was not a success. It was certified gold, and selling around 500,000 copies worldwide.  After that, they did record another album with new record label, Judgement Records. But, sadly, this 25 track album was never released. Kris Kross disbanded, moving on to sparse solo careers and relative obscurity. Each of them went into production, and song writing.

Unfortunately, we don’t be getting a reunion anytime soon. Not long after their performance at Jermaine Dupri’s So So Def Anniversary Concert, Chris Kelly aka “Mac Daddy” was found unresponsive in his home. He was immediately taken to Atlanta Medical Centre, however, was ultimately pronounced dead. A subsequent autopsy revealed that he had died of a drug overdose. He was 34 years old.

His former bandmate was devastated at the news, to say the least. Shortly after the incident, he made a statement saying that “he was like a brother” and that “[he] will cherish the memories of the C-Connection.” He also made a shoutout to their nicknames- “Daddy Mac” and “Mac Daddy.”

As for what “Daddy Mac” is up to now, he currently runs a website called UrbaneMuse that offers clothing (jackets, t-shirts, hoodies, pants), shoes (sneakers, slides), bags (tote bags, backpacks, belt bags), jewelry, and eyewear. Not only that, but they also sell accessories such as wallets, hats, scarves, socks, and more. Various art prints are also available from the site- from abstract pieces to portraits.

He also released a new Kris Kross album in celebration of their 30th anniversary. Available on SoundCloud, it consists of five tracks, all of which are different versions of their debut single, “Jump.” For example, there’s a radio edit, extended dance mix, super cat mix, and super cat dessert mix.

If you want, you can also follow Chris Smith on social media. He has an active Instagram account (@urbanemuse) with over 41K followers. Not only that, but you can also find him on Twitter (@urbanemuse), where he tweets occasionally.