What Happened to Ryan Sheckler – Now In 2023 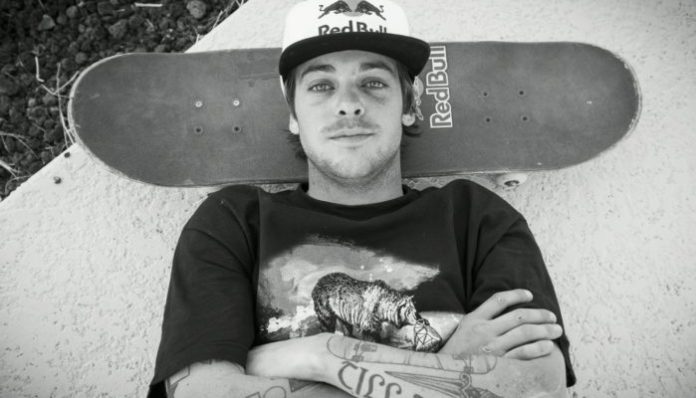 This is not the first time I’ve written an article on skateboarding. I was an avid skater as a kid, out every day breaking ankles, wrecking my knees, and, very occasionally, landing a trick. The Tony Hawks games, and a more affluent friend, introduced me to the world of the professionals, soon I had favorites like Rodney Mullen and, to my current shame, Bam Margera. But there was one skater I hated with a passion, a green, envious passion. Ryan Sheckler. He had it all, the talent and the sponsors, and in my youthful idiocy, I despised him for it. Looking back I have to laugh, Ryan was three orders of magnitude better on the board than I was, and there is no question that he deserves the reputation he receives.

So what is he up to these days?

Sheckler was born on the 30th of December 1989 and very nearly came out of the womb skating. According to his family his life long love of skating began at 18 months, when he found his father’s old skateboard. It is said that he landed his first kickflip at age 6, with skate companies courting the young up and comer the very next year. He began his official partnership with Etnies shoes in 1998, and is currently still a member of the Etnies team. In 2002 he began competing in tournaments, but did not get a win in competitive skating until 2003, shortly after joining with Rodney Mullen and Daewon Song at their Almost brand. 2003 saw Sheckler gain 5 first place wins in street comps, and a 3rd place for good measure. 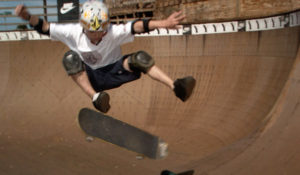 Almost released several videos on the theme of Rodney Vs Daewon, but switched it up a little with Round 3, which featured Sheckler and several other talented skaters. 2003 to 2007 was filled with contest wins, and marks the high point in Sheckler’s competitive career. In 2007 he split with Almost and signed with Plan B, a relaunched deck and apparel firm. It was in 2007 that Sheckler starred in his own reality show “Life of Ryan” on MTV. The show followed him in his day to day life over the course of two seasons. The show actually shot three seasons of material, but Sheckler has stated that production started to get in the way of his skateboarding, and had previously decided that if it was to do that he could quit. The final season was left unfinished, and has not been released. In 2012 he starred in the short form series Sheckler Sessions for Red Bull.

Since 2008 he has appeared less and less in both skate videos and tournaments. A few appearances per year. This is likely due to the founding of the Sheckler Foundation, a philanthropic organization created to assist children and injured athletes. The group to this day holds major charity events twice a year. The group is seeking wider recognition, in hopes to help more children worldwide.

Ryan Sheckler appeared in a handful of episodes of Camp Woodward, from 2021 to 2022. His last appearance was in the 11th episode of the 11th season, which aired on March 11, 2022. Aside from that, he also appeared in the video short, Cold Call: Bam Margera, and in the mini-series, Red Bull Homestretch. Prior to that, he was featured in Red Bull Sports Events and Red Bull Signature Series.

Last year, he also proposed to his girlfriend, Abigail Baloun, whom he’s dated for one and a half years.  According to reports, the pair had met while she was walking on a beach trail with her dog. The two later tied the knot on March 3, 2022, after a 90-day engagement. Several celebrity guests were in attendance including MGK, who featured Sheckler in his “Skate Cans” music video.

Earlier this year, he also announced his departure from his longtime board sponsor, Plan B. He had been with them for 16 years. When asked why he left on The Nine Club podcast, he said “it was time for a change” and that he wanted to do “something on [his] own.”. He also emphasized that there’s nothing wrong with the company. As of 2023, he is still sponsored by Red Bull, Oakley, Etnies, Independent Truck Company, Melin, Woodward Skate Camp, and Ethika.

In 2019, he also traveled across the U.S. for the “Skate for a Cause Tour”, an event that raises money for different causes. It kicked off on May 10th, 2019, in Tempe, Arizona, and ended on November 16th, 2019, in Nashville, Tennessee, after ten stops. For more information on the event, you can check out the Sheckler Foundation website here. Video clips of the tour are also available on his YouTube channel.