What Happened to Taylor Lautner – 2023 Update 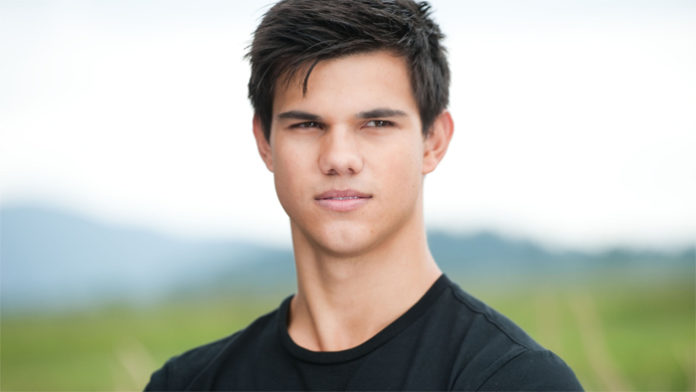 Taylor Lautner stole the heart of audience members with his portrayal of Jacob Black in the popular The Twilight Saga film series. Born in Michigan, he spent the majority of his youth training in karate. Ultimately it was Michael Chaturantabut, the founder of Xtreme Martial Arts whom he met during a national tournament, that suggested him to take up acting. At the age of nine, Lautner made his debut in the movie Shadow Fury (2001), after having taken participated in several auditions. Eventually relocating to California for greater opportunities, he played a number of small roles in the series Summerland (2004), The Bernie Mac Show (2003), My Wife and Kids (2004), and The Nick & Jessica Variety Hour (2044). From there, he lent his voice to a character in the animated cartoon, What’s New Scooby-Doo? (2005), prior to scoring his first major role in the adventure film, The Adventures of Sharkboy and Lavagirl 3-D (2005), where he starred opposite of Taylor Dooley.

Having said that, it wasn’t until 2008 that Lautner received his career breakthrough with the romantic fantasy film, Twilight. Cast as one of the main protagonists, his portrayal of Jacob Black instantly turned him into a teen idol. The big break that he had been waiting for, it significantly boosted his status as a Hollywood actor. Not long afterward, he was asked to reprise the role in the sequel, The Twilight Saga: New Moon (2009), which only solidified his place in the show business. Since then, he has also gone on to play Jacob Black in The Twilight Saga: Breaking Dawn – Part 1 (2011), and The Twilight Saga: Breaking Dawn – Part 2 (2012). Some of the most noteworthy credits in his filmography, the film series has earned him several awards including a Scream Award (e.g. Male Breakthrough Performance), two Nickelodeon Kids’ Choice Award (e.g. Favorite Movie Actor, Cutest Couple), and a People’s Choice Award (e.g. Favorite On-Screen Team), among a few others.

What has the former star of The Twilight Saga film series been up to since then? What new movies or TV shows has he appeared in recently? What’s been occupying his schedule these last few years? Will we see him on the big screen again this year? What happened to Taylor Lautner? Where is he now in 2018? 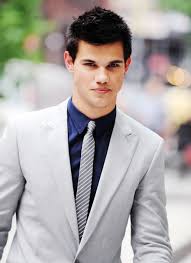 Born on February 11, 1992, in Grand Rapids, Michigan, Taylor Lautner is the son of Daniel Lautner, an airline pilot and Deborah Lautner, a software developer; the oldest child in the family, he has a younger sister named Makena. Growing up in the town of Hudsonville, he took up Karate when he was six years old. Naturally adept at martial arts, he quickly buzzed through the different levels; by the time he was seven, Lautner had already participated in his first national tournament. Ultimately, it was there that he became acquainted with Michael Chaturantabut, the founder of the brand, Xtreme Martial Arts, who later invited him to attend a camp in Los Angeles. Accepting his offer, the young martial artist flew to LA where he trained with Chaturantabut for what would become several years. By the time he was eight, he had earned his black belt.

As it happened, it was also Chaturantabut who first suggested the idea of acting to Lautner. While he was still in grade school, he attended a number of auditions; eventually, at the age of nine, he made his official debut in the television film, Shadow Fury (2001). Continuing to seek out acting roles, the young actor later appeared in the series Summerland (2004), The Bernie Mac Show (2003), My Wife and Kids (2004), and The Nick & Jessica Variety Hour (2004). After having accumulated a few credits to his name, he received his first starring role in the movie, The Adventures of Sharkboy and Lavagirl 3-D (2005), where he played one of the title characters opposite of actress Taylor Dooley. 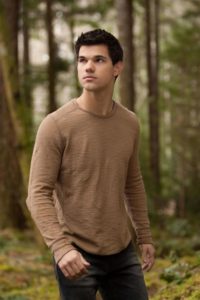 In 2007, Lautner was recruited to portray the role of Jacob Black in the popular movie, Twilight (2008). Although he himself had never heard of the series prior to the casting, his agent ultimately urged him to audition. Based on Stephanie Meyer’s novel of the same name, the movie depicted the relationship between a teenage girl named Bella Swan and a vampire by the name of Edward Cullen. While Kristen Stewart and Robert Pattison were cast as Swan and Cullen respectively, Lautner was given the part of her childhood friend, a Native-American teen who is also a member of a tribe called Quileute. His breakthrough role, it garnered the actor much widespread attention at the time.

Filmed in Oregon, Twilight came out in theaters on November 21, 2008. Highly anticipated by fans of the original novel, it was a massive commercial success, having grossed over $35 million on its opening day alone; by the end of the opening weekend, it had taken in close to $70 million in the US and Canada. Not only was it a hit in North America, but the film also proved to be hugely popular overseas; altogether, it had grossed $393 million worldwide. Lautner’s first major role in a high profile film, his portrayal ended up yielding him a Scream Award for Best Male Breakout Performance.

The following year, he reprised his role in the second installment, The Twilight Saga: New Moon (2009). Although the film director initially wanted to recast Jacob Black due to the various physical changes that his character undergoes between the two movies, it was later announced that Lautner would be continuing to play the role. In preparation for it, the actor allegedly gained 30 pounds worth of muscle. Based on the second novel New Moon, it saw the return of most of the main cast members including Robert Pattison and Kristen Stewart as Edward Cullen and Bella Swan respectively.

Released theatrically on November 20, 2009, worldwide, it earned a staggering $26.3 million in the United States during the midnight screening. The highest-earning film of the series at the time, it eventually took in over $142 million by the end of its opening weekend; adding to that the ticket sales from the international market and The Twilight Saga: New Moon had earned well over $709 million against a $50 million budget. For his second portrayal of Jacob Black, Lautner received a People’s Choice Award for Favorite Breakout Actor and two Nickelodeon Kids’ Choice Awards, among a few other nominations. 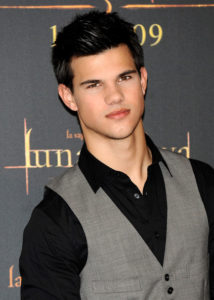 In the fall of 2011, Lautner returned as Jacob Black in the third film, The Twilight Saga: Breaking Dawn- Part 1. Although the movie garnered mixed reviews from viewers and critics, it managed to surpass its predecessor’s accomplishments, having grossed $30.1 million during its midnight opening; the film eventually earned over $700 million worldwide. Having already risen to prominence with the previous films, Lautner’s fanbase only expanded with the release of Breaking Dawn- Part 1. Praised for his breathtaking performance, he later won a Scream Award for Best Fantasy Award. By the end of the year, he was hailed as one of Hollywood’s new A-list actors.

From there, he eventually reprised the character for a fourth and final time in The Twilight Saga: Breaking Dawn- Part 2, which was released on November 16, 2012. The last installment of the film series, it lived up to its hype having grossed a worldwide total of $829 million, $292 million of which came from North America. The sixth highest earning film of 2012, it easily took number one at the box office; it also became the highest-grossing movie of the Twilight Saga franchise. Based on the latter half of the Breaking Dawn novel, it centered around the Cullens as they gather other vampire clans to protect Bella’s child, Renesmee. Although critics were generally critical of the movie, it went on to garner several awards including a Teen Choice Award which went to Lautner. 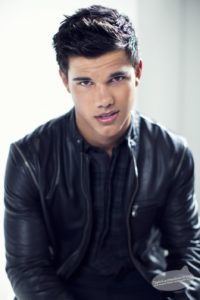 In 2008, he took part in his first television drama, My Own Worst Enemy which aired on NBC. Created by Jason Smilovic, it chronicled the life of Edward Albright, an American secret agent who shares his body with his cover, Henry Spivey. While actor Christian Slater played two characters, Lautner played Jack Spivey, Henry’s oldest child. Other cast members include Bella Thorne, Madchen Amick, Alfre Woodard, Saffron Burrows, and Mike I’ Malley.

Premiered on October 13, 2008, only four episodes of the show ended up airing due to low ratings. While the last episode ended in a cliff-hanger, NBC later canceled the series without any resolution.

After starring in the Twilight series, he went on to appear in several films including Grown Ups 2, Tracers, The Ridiculous 6, and Run the Tide. He also starred in the BBC sitcom, Cuckoo, which ran from 2012 to 2019. Starring alongside Andy Samberg, Greg Davies, Tamla Kari, and Matt Lacey, he played the role of Dale Ashbrick Jr. for two years, from season two to season four.

In 2016, he also joined the ensemble cast of Scream Queens. For his portrayal of Dr. Cassidy Cascade, a doctor who suffered from Cotard’s Syndrome, he received a Teen Choice Award nomination for ‘Choice Scene Stealer.’

That same year, he starred in the drama film, Run the Ride, which centers around a college drop-out (played by Lautner) who works to raise his 10-year-old brother after their mother is sent to prison for drug-related charges. For his portrayal, he received a second Teen Choice Award nomination for ‘Choice Movie Actor: Drama.’

More recently, he starred in the sports comedy, Home Team, which was released on Netflix on January 28, 2022. His first acting gig since 2016, he starred alongside Kevin James, Tait Blum, Jackie Sandler, and Rob Schneider. One of the main cast members, he played the role of Troy Lambert, the head coach of the Argyle Warriors. As far as we can tell, that will be his only film appearance this year. For one thing, there are no future projects listed on his IMDb page.

However, he has been featured in several TV shows including The Tonight Show Starring Jimmy Fallon, Today, Entertainment Tonight, Celebrity Page, and The Kelly Clarkson Show.  On April 11, 2022, he also presented at the 2022 CMT Music Awards, which took place at the Nashville Municipal Auditorium in Tennessee.

As far as his personal life goes, he had announced last year that he and his girlfriend had gotten engaged. The two have been dating since 2018 and presumably live together in his Agoura Hills home, which he had purchased in 2020. He also has a 10-acre estate in Castaic, California.

For those who’d like to keep up with the actor, he’s active on several social media platforms including Instagram (@taylorlautner), where he has over 7.8 million followers. He also has a Twitter account (@taylordlautner) though it’s not updated nearly as frequently.