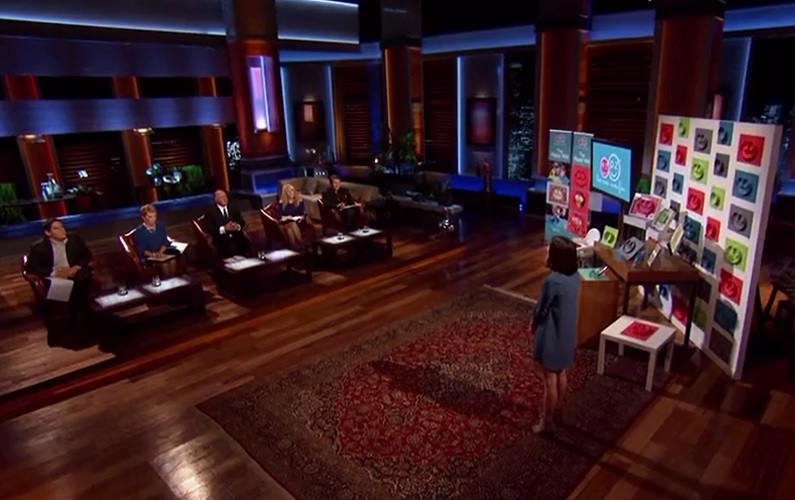 Necessity is the mother of invention, as Plato so correctly pointed out, and a need for some mealtime order, helped along by her husbands increasing frustration, led Lindsey Laurain from Parker, Colorado to invent her own child-friendly feeding product.

During a typical family mealtime in 2014, as her twin three-year-old boys and their five-year-old brother were happily plastering every exposed surface with a variety of foodstuffs, husband Brad wondered frustratedly why someone couldn’t invent something to ease the mess of young children’s mealtimes. Lindsay did some research and looked for such a product, but when she realized that nothing of the kind was available to consumers, she decided to invent one herself.

Within a matter of months, Lindsay had developed a silicone mat and bowl combination product that could stick, without any type of adhesive or residue to flat surfaces, and she named the invention ‘The Happy Mat’. The original inspiration for the idea had only occurred in March of 2014, but by September of that year, after a successful Kickstarter campaign that had achieved more than double the original funding goal of $35,000, the entrepreneurial mom was able to give up her corporate job and launched the Ezpz business.

She showcased her revolutionary new product at the ABC Kids Expo in Las Vegas that year, and the Happy Mat received a positive reception. She networked with the New York ‘baby gear guy’ Jamie Grayson and found lots of interested customers for her innovative product.

Sales went well, and she was soon in contact with international distributors that could potentially sell millions of units, but she would require funding to boost logistical operations and production capability, in order to meet the distributors schedules. To achieve the funding, she applied to appear on Shark Tank. Her application was accepted and she presented her pitch to the sharks in mid 2015.

Lindsay’s appearance on the show aired early in 2016 and everything seemed to be going fine until she completed her first sentence. The Ezpz entrepreneur introduced herself and announced that she was offering a 5% stake in her business, in exchange for a huge investment of one million dollars.

Not to be discouraged before she had begun, Lindsay smiled through the interruption and launched into her pitch. She showed the sharks a video of her own three toddlers enjoying a messy breakfast together at home, food was scattered joyfully about in a determined way that many parents would instantly recognize. Robert remarked ‘Your kids are slobs’ but Lindsay revealed that things had improved since then. She presented her invention, the Happy Mat, to the sharks, and demonstrated its impressive suction on a flat surface. She showed the sharks the second video of a far more orderly, and tidy mealtime, with her children using the Happy Mats. Robert Herjavec liked the product and commented it was clever, but as soon as the pitch was finished he wanted to talk about figures.

Lindsay revealed the Happy Mat retailed for $25, and she had a 50% profit margin on each unit, but Kevin O’Leary wanted sales information, units sold not profit margins. He told Lindsay that the sales would need to be ‘phenomenal’ to support such a valuation and pushed her for figures.

Lindsay, perhaps unwisely, disclosed that she had considered coming into the tank with a valuation five times higher, to incredulous looks from the sharks, before revealing that sales in the previous calendar year had been $1.2 million in gross sales.

Kevin didn’t think that was particularly phenomenal, ‘Is that it?’ he said, ‘I’m going to pay sixteen times the sales for a rubber mat with a face on it?’ he continued, less than happy.

Lindsay looked shocked and was temporarily speechless, but she recovered enough to explain that she had recently been at the largest baby products convention in Europe. She asserted that her product had received a great response, and she had begun discussions with 400 international distributors who could facilitate Worldwide sales for the Happy Mat.

Lori inquired if Lindsay had a patent on her product, the entrepreneur admitted that the patent had been applied for, but was currently only pending. Robert interjected that he assumed the patent would be awarded, but Lori shook her head and asserted that the patent process could easily develop differently than planned.

Things were not looking good for Lindsay, and they began to get rapidly worse for the worried looking mom from Colorado. Robert asked what profit Lindsay had made on the $1.2 million in sales, she admitted it had been only 14%, a long way from her earlier claim of a 50% profit margin.

Robert was incredulous, ‘You made $140,000’ he calculated, before asking ‘How do you get to $20 million?’ Lindsay explained that she had estimated the projected sales for the next five years, and valued the business based on those figures.

Robert asked if she could see a problem with that method of calculation, and a flustered looking Lindsay confessed that she couldn’t. Robert Herjavec laughed at the entrepreneur’s answer, somewhat disconcertingly for her. She tried to speak about potential further deals with distributors again but was not making any clear points.

Kevin O’Leary, usually the most vicious of the sharks when faced with an unreasonable valuation seemed to completely lose it. He appeared to seethe with anger as he said ‘I’m trying to be kind before I absolutely eviscerate you!’.

Even for Kevin, it was a strong statement, and Lindsay was visibly shocked at his aggression, she exclaimed ‘Oh my gosh, be nice, I’ll explain’ with pacifying hands raised before she launched into a nervous rundown of the stores that were stocking her product.

She mentioned the chain baby store Buy Buy Baby as one of her customers and Lori inquired about that. Lindsay quickly back tracked and admitted that she wasn’t quite in Buy Buy Baby yet

There was more pressure on Lindsay to follow, Kevin pinned her down on projected sales for the next year, and she confidently claimed they would grow enormously, to $10 million. Kevin doubted the accuracy of her projections and she looked even more uncertain of her figures.

Robert Herjavec had heard enough, he thought Lindsay was hopelessly optimistic, uncertain of her figures, and ‘all over the map’, with little explanation, he dropped out.

Lori Greiner followed Robert’s lead, and dropped out too, explaining the high valuation was her main concern.

Kevin O’Leary surprised everyone next, including Lindsay, by offering her exactly the deal she had asked for, 5% equity in the company in exchange for $1 million. But he attached conditions to the offer. If the business didn’t achieve the $10 million in sales Lindsay had claimed she would make, his slice of the company would increase to 20%. The deal was also dependent on the Happy Mat being awarded the pending patent.

Lindsay seemed to be considering the offer deeply, it was hard to tell, she still seemed shell-shocked from the bashing the sharks had given her. But Barbara Corcoran had an alternative offer, she too would supply the requested amount for 5% equity, but she would pay the $1 million in four equal yearly installments, again dependent on Lindsay achieving both the patent and her projected sales for each of the four years.

Lindsay was unable to make a decision, she was unimpressed with the offers, and the sharks’ comparatively low valuation of her business, she eventually declined them both, and left the tank, as well as five amazed sharks, behind her.

Netizens were surprised when she rejected the Sharks’ offers and described the episode as ‘cringeworthy.’ Some even went as far as calling her a ‘Shark Tank Gold Digger’, which is an expression for those who only appear on the show for free publicity (as opposed to trying to land a deal with the Sharks).

As for Lindsey, she stated that she ‘didn’t feel right’ about the offers but that she ‘could not elaborate’. When asked whether or not she would change her pitch, however, she admitted that she likely would not have given her company such a high valuation.

Despite all that, EZPZ seems to be doing quite well. Sales went up after the episode aired and reviews have also been positive. They’ve also landed several deals with retail stores, including Buy Buy Baby, which agreed to carry their silicone food mats in all of their stores. Many distributors have also contacted EZPZ for distribution rights in the EU. In fact, their products are available in over 30 different countries as of 2022.

The products are also available at Bed Bath and Beyond, Crate and Kids, and Nordstrom. That’s not all, you can also get them on Amazon (their original selling platform). As of 2022, the mats have a 4.6-star rating with more than 1,300 reviews, with many customers praising them for their convenience and usability. However, many of the products are out of stock on Amazon.

Fortunately, they’re still available from the company’s website (in addition to retail stores). In fact, they’ve added several new products since the episode aired. For one thing, they landed a licensing partnership with Sesame Street. This has allowed them to produce Cookie Monster and Elmo versions of their original Happy Mat. They also have a Peppa Pig design, which has proven to be very popular among babies and toddlers.

That’s not all, they’ve also added several new accessories including a drying rack. They’ve also launched a Bapron Baby collection, which consists of a splash mat, wet mat, and bib-apron, all of which are available in various designs and patterns. Gift bundles are available from their website as well for $42.99.

In 2019 and 2020, they were also given the Smartest Toddler Tableware Award by The Cribsie Award, which goes to show just how popular their products have become. That’s not all, they were also a finalist in the Built For Baby Innovation Award Show in 2019.

How much is EZPZ worth now? It’s hard to say exactly but with all the sales that they’re doing now, both directly and through retailers, it’s clear that they’re making considerable money—likely in the millions, which is impressive, given how things had gone on Shark Tank.