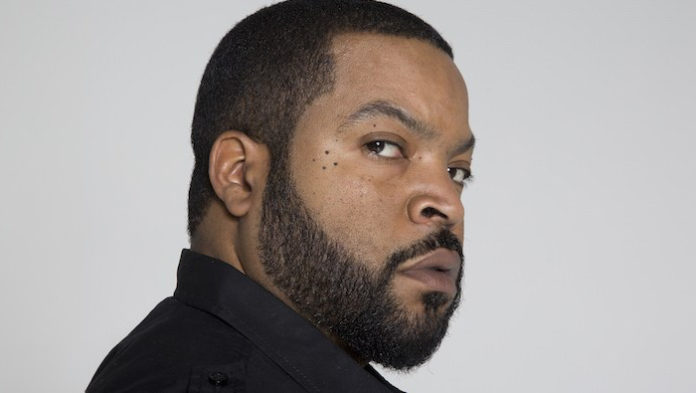 Known for his work with gangsta rap, Ice Cube first established himself as a solo artist in the early 90’s. Previously a member of N.W.A., a multi-platinum selling hip hop group, he released his debut album, AmeriKKKa’s Most Wanted in 1990. A platinum hit, it was soon followed by Death Certificate a year later.

Still, it wasn’t until 1992 with the issue of his third album, The Predator that he really started to create a buzz in the rap scene. His first multi-platinum record, it gave rise to several smash hits including, Wicked, It Was a Good Day, and Check Yo Self (Feat. Das EFX). From there, the rapper came out with Lethal Injection in 1993, before taking a five-year long break.

Though not as successful as his earlier titles, he released the War & Peace series between 1998 and 2000. Since then, Ice Cube has dropped a few additional albums including, Laugh Now Cry Later, Raw Footage, I Am the West, the first of which went gold in the United States.

Over the years, the emcee has also collaborated with many artists including Ice-T, 2Pac, George Clinton, Shock-G, David Bowie, Snoop Dogg, and Lil Jon, among others. Some of his most well known guest appearances include, Natural Born Killaz, Foe Life, Westside Slaughterhouse, I’m Afraid of Americans, and Ghetto Horror Show. As well, he has contributed to the soundtracks of many films including Friday, The Players Club, Barbershop, and Friday After Next.

Hailed as one of the greatest MCs of All Time, the LA native has received several accolades for for his contributions to music including a BET Hip Hop Award, a Soul Train Music Award, an NAACP Image Award, and a BET Honors Award.

Aside from being an accomplished rapper however, he is also an actor. In 1991, he made his movie debut in the Oscar-nominated film, Boyz n the Hood, where he starred alongside Cuba Gooding Jr. Continuing to make himself known on the screen, Ice Cube later appeared in the titles, Trespass (1992), CB4 (1993), The Glass Shield (1994), and Higher Learning (1995).

From that point onwards, he began to get involved with behind-the scenes work, both as a writer and producer. In late 1995, he produced and co-wrote his first movie, Friday, which went on to become a box office success. Throughout the rest of the 90’s, he took part in several productions including Dangerous Ground (1997), Anaconda (1997), The Players Club (1998), The Got the Hook Up (1998), and Thicker Than Water (1999).

Outside of acting, he has also been featured on television on countless occasions. For instance, in the past two years alone, he has been invited onto the talk shows, The Daily Show, The Graham Norton Show, Good Morning America, Ellen: The Ellen Degeneres Show, Live with Kelly and Ryan, and The Late Show With Stephen Colbert.

Known equally well for his acting and music, Ice Cube has a few upcoming films according to IMDb including, Ride Along 3, Humbug, and Last Friday.

So, what has he been up to recently? Well for one thing, he released the single, Good Cop Bad Cop for his Death Certificate (25th Anniversary Edition) album earlier this year. Prior to that, he also teamed up with Common on Real People, one of the soundtracks for Barbershop: The Next Cut.

Ice Cube rose to fame as a member of N.W.A in the late 1980s. He eventually launched a solo rap career, which proved to be incredibly successful. Some of his most popular hits include Wicked, It Was a Good Day, Check Yo Self (ft. Das EFX), and Bop Gun (One Nation).

Ice Cube was born in Los Angeles, California. Growing up, he and his family lived on Van Wick Street in South LA.

He has been with his wife Kimberly Woodruff for over three decades. The two tied the knot back in 1992 when he was 23 years old.

Ice Cube is a private person and hasn’t revealed anything about his previous relationships.

He had a half-sister named Beverley Jean Browns who was tragically killed when he was twelve years old.

He has an older brother.

Ice Cube and his wife have five children together: Shareef Jackson, Deja Jackson, O’Shea Jackson Jr., Darrell Jackson, and Karina Jackson. In 2015, his oldest son O’Shea portrayed a younger version of himself in the biographical film Straight Outta Compton.

Ice Cube attended George Washington Preparatory High School in La. In fact, that was when he started to write raps. He later transferred to William Howard Taft High School in San Fernando Valley, which was 40 miles away from his neighborhood.

Did Ice Cube Go to College?

He studied at the Phoenix Institute of Technology after graduating from high school. He went on to receive his diploma in architectural drafting in 1988 (architecture drafting was his backup plan if his rap career didn’t take off).

We don’t have any information on his current salary at this time.

As of 2023, Ice Cube has an estimated net worth of about $160 million, making him one of the richest rap artists in the world.

Ice Cube loves steak, pizza, mac and cheese, and rice. He’s also a big fan of Fatburger (his go-to order is a Fatburger with cheese, mayonnaise, mustard, and egg).

Born on June 15, Ice Cube is a Gemini

Ice Cube has an official Facebook page, which he updates often. As of February 2023, he has over 17 million followers.

Ice Cube tweets nearly every day. Currently, he has over 5.7 million followers.

Ice Cube’s biggest following is on Instagram. As of February 2023, he has over 23 million followers. And like his Twitter, he posts almost every day (sometimes even more!).