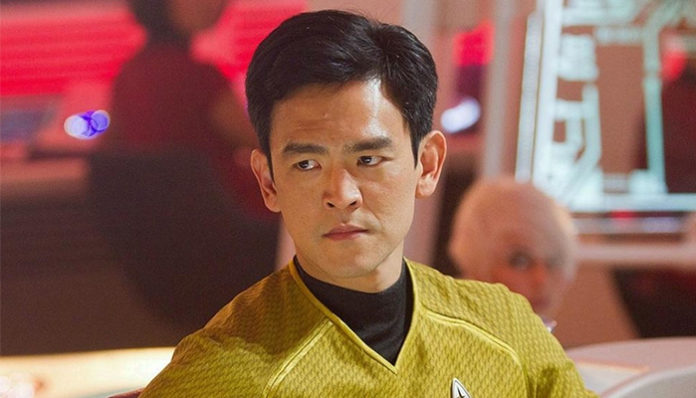 Born in Korea and Raised in the United States, John Cho is perhaps best known for playing Harold Lee in the Harold & Kumar film series. After graduating from the University of California, Berkeley, he got involved with acting through East West Players, an Asian American theatre company. At the age of twenty four he made his debut in The Taste of Kona Coffee (1996).

Following that, John played a series of small roles before gaining a bit of attention in the comedy film, American Pie (1999). The in 2004, he received a big break after being cast as one of the title characters in Harold & Kumar Go to White Castle. A considerable hit, it eventually spawned two subsequent titles, Harold & Kumar Escape from Guantanamo Bay (2008), and A Very Harold & Kumar 3D Christmas (2011).

Since then, the actor has taken on close to 100 different roles both on film and television. For instance, he’s appeared on the TV shows Off Centre (2001), FlashForward (2009), and Sleepy Hollow (2013). How wealthy is the star? According to sources, John Cho currently has an estimated net worth of $20 million. Where did most of this amount come from? Let’s find out below.

How did John Cho Make His Money & Wealth? 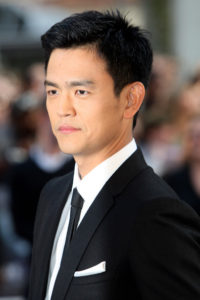 Born on June 16, 1972 in Seoul, South Korea, John Cho spent the first few years of his childhood in Asia, before relocating to the United States with his family in 1978. After moving around between Daly City, Seattle, and Houston, they eventually settled down in Los Angeles, California. As a teen, he went to Herbert Hoover High School in Glendale, where he graduated from in 1990. Following his graduation, he went to study English at the University of California, Berkeley.

After obtaining his Bachelor’s of arts degree, John worked as an English instructor at Pacific Hills School. Ultimately it was around that same time that he began to explore his interests in acting. In his early twenties, he started to work with East West Players, an Asian American theatre company located in downtown Los Angeles. In 1996, he made his acting debut in the film, The Taste of Kona Coffee. Some of his other early projects include The Jeff Foxworthy Show (1997), Shopping for Fangs (1997), Wag the Dog (1997), and The Tiger Woods Story (1997).

As far as television work goes, he co-starred in The WB sitcom, Off Centre in 2001. Created by Danny Zuker, Chris Weitz, and Paul Weitz, the same people responsible for American Pie, it centred around the lives of two friends who have just moved into a posh building in New York. While Sean Maguire and Eddie Kaye Thomas played as said friends, John took on the role of Chau Presley, their Vietnamese restauranteur friend.

His first big role on the small screen, he made his debut in the pilot episode, Let’s Meet Mike and Euan. Premiered on October 14, 2001, Off Centre drew in over 2.3 million viewers during its first season. Despite being relatively popular, the show was cancelled after the second season. One of the main cast members, he ended up appearing in all 28 episodes.

Then in 2004, John landed his breakthrough role in Danny Leiner’s Harold & Kumar Go to White Castle. A stoner comedy film, it starred the actor as one of the title characters, Harold Lee. Written by Hayden Scholossberg and Jon Hurwitz, it followed the two friends’ misadventures after they decide to go to a fast food chain while still stoned from smoking marijuana. Released in theatres on July 30, 2004, it ended up grossing $23.9 million worldwide after earning $5.4 million in ticket sales during the opening weekend.

Generally praised by critics, Harold & Kumar Go to White Castle was given a three star rating from Roger Ebert of the Chicago Sun Times. For his portrayal of Harold, John was nominated for two MTV Movie Awards and a Teen Choice Award, all of which he shared with co-star, Kat Penn.

More work soon followed including See This Movie (2004), American Dreams (2004), Bickford Schmeckler’s Cool Ideas (2006), and West 32nd (2007). In 2008, John reprised his role as Harold Lee in the second instalment, Harold & Kumar Escape from Guantanamo Bay. Continuing where the first movie had left off, it followed the comedic duo as they’re mistaken for terrorists while flying to Amsterdam.

Theatrically released on April 25, 2008, the movie proved to be more successful than its predecessor with an opening weekend gross of $14.9 million across the US and Canada. Number two at the box office, it eventually went on to make $43.3 million worldwide, more than three times that of its costs of $12 million.

The next year, John’s popularity peaked again with the release of the sci-fi adventure film, Star Trek (2009). A reboot of the original television series, it featured John as Hikaru Sulu, one of the main cast members. While the director was initially hesitant about casting him as a Japanese character, he was eventually reassured by George Takei, who told him that Sulu represented “all of Asian on Enterprise”. Joining John on the set were Ben Cross, Simon Pegg, Bruce Greenwood, Zachary Quinto, and Chris Pine, among others.

Screened on May 8, 2009, Star Trek was a commercial hit, with an opening weekend gross of $79.2 million. The highest-earning film of the entire franchise, it eventually grossed a total of $385.7 million worldwide. Critically acclaimed, it garnered stellar reviews from several publications including the Boston Globe, New York Times, and The Telegraph. Nominated for four Academy Awards, the cast also received several accolades for their work on the film.

That same year, John returned to television as a lead character in the ABC drama, FlashForward. Based on a book by Robert J. Sawyer, it starred the actor as Demetri Not- an FBI Special Agent who fears that he will die sometime in the future. Other members of the cast include Peyton List, Joseph Fiennes, Zachary Knighton, and Jack Davenport. Premiered on September 24, 2009, the first episode attracted over 12.4 million viewers. Unfortunately, viewership dropped with the subsequent episodes, leading it to be cancelled by the network.

In 2011, the actor reprised his role as Harold in the third instalment of the stoner comedy, A Very Harold & Kumar 3D Christmas. A direct sequel to the 2008 film, the plot followed the two roommates as they set off to find a Christmas tree after Kumar accidentally destroys theirs. Despite the mixed reviews that it received upon its release, the movie was very much a commercial success. During the opening weekend, it took in $13 million in ticket sales; it eventually yielded a total of $48.5 million by the end of its box office run.

Since then, John has starred in a few other TV series including Go On (2012), and Sleepy Hollow (2013). Most recently in 2014, he played as Henry Higgs in the ABC sitcom, Selfie opposite of actress Karen Gillan. Debuted on September 30, 2014, the comedy continued for 13 episodes before being cancelled in November 2014.

So, where did he earn most of his $20 million fortune from? Drawing from what we’ve discussed above, it’s probably fair to assume that he made the most from the Harold and Kumar film franchise. Having said that, his actual earnings from the movies have not been revealed to the public. Besides that, he most likely received a decent salary for starring in the recent Star Wars films.

Yes, the Harold and Kumar star has been married to his wife Kerri Higuchi, a writer and director, since 2006. It’s unknown whether or not John has had any prior relationships.

Does John Cho Have Any Children?

Did John Cho Go to College?

Yes he did. After graduating from Herbert Hoover High School in 1990, John went to study English at the University of California, Berkley, from which he eventually received his Bachelor’s degree in 1996. Ultimately, it was after his college graduation that he started to explore acting.

Where Does John Cho Live? Pictures of John Cho’s House

John Cho currently resides with his family in Los Angeles, California. Unfortunately, we do not have any further details on his home, or pictures of his property at this time.

What Kind of Car Does John Cho Drive?

A seasoned actor with many credits to his name, John Cho has played over 90 different roles on both television and film. Not only has he starred in the Harold and Kumar franchise, but he’s also made himself known in the Star Trek series, as well as in the TV dramas, FlashForward, and Sleepy Hollow, to name a few. In 2014, he was cast as Henry Higgs in Selfie, making him the first Asian-American to play a male protagonist in a romantic comedy.

As far as accolades go, he has won two awards from the Boston Society of Film Critics and the Denver Film Critics Society. On top of that, he’s also been nominated for two MTV Movie Awards for his work on Harold and Kumar, as well as a Teen Choice Award.

How Much Did John Cho Make Last Year?

According to sources, the 45-year-old star made an estimated $2.1 million in 2016, although this had not been confirmed.

In 2015, John helped to support the Koreatown Youth & Community Centre through the Star Trek Beyond campaign. A non-profit, the organization helps to support those living in Koreatown. By donating $10 or more through the campaign, fans also had a chance to join the cast in the filming of the movie.

Some of the other organizations that he’s worked with in the past include the Make-a-Wish Foundation, the Urban Arts Partnership, Oxfam, and Children’s Defence Fund.

So far this year, John has partake in several films including Columbus (2017), Gemini (2017), and Literally, Right Before Aaron (2017). According to IMdb, he also has a handful of upcoming projects including the movies Call ID: Entity, Connoisseur, and Serial Dater.