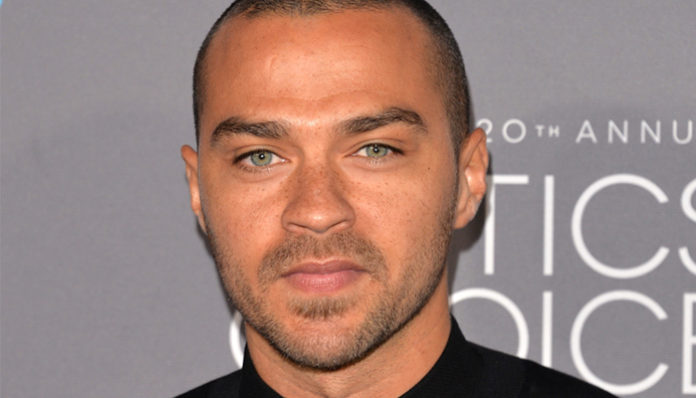 A model and actor, Jesse Williams is best known for playing Dr. Jackson Avery in the medical drama, Grey’s Anatomy. Of African American and Swedish descent, he taught at a Philadelphia high school for a handful of years before venturing into the entertainment industry. Eventually taking up acting at the age of twenty five, he made his television debut in an episode of Law & Order in 2006.

Continuing to act over the next two years, Williams later made his movie debut in the comedy, The Sisterhood of the Traveling Pants 2 (2008). That same year, he also landed his first recurring role in the series, Greek (2008). Then in 2009, he was cast as a plastic surgeon in the ABC drama, Grey’s Anatomy. A year after his debut on the show, he was promoted to a series regular in 2010. To this day, it remains to be his best remembered portrayal as an actor.

Since then, Williams has also appeared in several movies including The Butler (2013), Snake and Mongoose (2013), Money (2016), and Band Aid (2017), to name a few. According to sources, the 36-year-old star currently has an estimated net worth of $8 million. Where did most of his fortune come from? Aside from his work on television and film, what else does he have going for him? Let’s find out.

How did Jesse William Make His Money & Wealth? 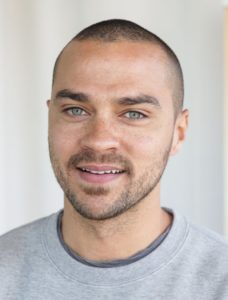 Born on August 6, 1981 in Illinois, Jesse Williams is Reginald Williams, and Johanna Chase, the latter of whom worked as a professional potter. Of African American and Swedish descent, he was raised in the city of Chicago with his two younger brothers. As a teen, he went to Moses Brown High School in Rhode Island from which he graduated from in 1998. Upon his graduation, he continued his studies at Temple University in Philadelphia.

In college, Williams double majored in Film and Media Arts and African American Studies. After obtaining his bachelor’s degree, he followed in the footsteps of his parents, who had both taught in the public school system, and worked as a teacher at a local Philadelphia high school. For six years, he used his degree to teach African Studies, English, and American Studies to students. It wasn’t until he was in his mid twenties, that he decided to explore the possibility of going into acting. After working for the public school system for six years, he took up drama lessons in 2005. That same year, he took part in a New York Actors Showcase hosted by ABC, after being chosen from a pool of over 800 individuals.

Then in 2006, Williams received his first acting role in an episode of Law & Order where he portrayed a character named Kwame. Two years later, he made his film debut in the comedy, The Sisterhood of the Traveling Pants 2 (2008), starring Amber Tamblyn, America Ferrera, and Alexis Bledel. That same year, he played as “The Hotness Monster” in the comedy, Greek (2008).

In 2009, a few years after his debut, he landed his breakthrough in the popular medical drama, Grey’s Anatomy. Created by Shonda Rhimes, the show centred around the lives of the surgical interns, residents, and attending doctors at the fictional Seattle Grace Hospital. Playing as Dr. Jackson Avery, Williams was originally introduced as a recurring character in the sixth season; after being on the show however, he was promoted to a series regular in the seventh season.

Easily one of the highest-rated shows for ABC, Grey’s Anatomy has been popular since its debut in March 2005. Aside from Williams, the cast also includes Ellen Pompeo, Katherine Heigl, Sandra Oh, Justin Chambers, Chandra Wilson, and T.R. Knight, among others. Ever since he was promoted to a series regular in 2010, he has been appearing regularly on the show. His most recent romantic interest, April Kepner is played by actress Sarah Drew.

Despite the fact that its current viewership is half of what it was at the beginning, Grey’s Anatomy has been performing considerably well, with an average viewership of 9 million. Not only is the medical drama responsible for kickstarting Williams’ acting career, but it’s also in fact, the most noteworthy role (or better yet, the only lead role) that he’s played on television. For his portrayal of the plastic surgeon, he has been nominated for a People’s Choice Award and an Image Award.

At one point in 2010, Williams also starred in the spinoff, Seattle Grace: Message of Hope. A comedy web series, it revolved around Hospital Chief Richard as he attempts to make a television commercial for Seattle Grace Mercy West with a P.R. representative. Directed and written mostly by Chris Van Dusen and Kevin McKidd, the latter of whom stars as Dr. Owen Hunt on the show, it ran for six episodes after being released in October 2010.

In 2012, the Grey’s Anatomy star joined the main cast of the horror comedy film, The Cabin in the Woods. Directed by Drew Goddard, it centred around a group of college students who find themselves falling victim to zombies after retreating to a remote cabin in the forest. One of the male leads, Williams played as Holden McCrea, one of said twenty something year olds; he is joined by actors Fran Kranz, Kristen Connolly, Chris Hemsworth, Anna Hutchison, and Fran Kranz.

Released in theatres on April 13, 2012, The Cabin in the Woods was a critical success, having opened with a gross of $5.5 million. By the end of its box office run, it had grossed $65.9 million after making $14.7 million during its opening weekend. Lauded by critics for being an exceptional blend of “funny, strange, and scary”, it served as William’s first major role on the big screen. Unfortunately, we do not know how much he was paid for the role at this time.

After making a cameo in award-winning movie The Butler, he starred in Wayne Holloway’s sports film, Snake and Mongoose (2013). Produced by Elliott Broidy, it revolved around the rivalry between two drag racing drivers, Tom McEwen “The Mongoose” and Don Prudhomme “The Snake”; while actor Richard Blake played as the former, Williams played as the latter. Released on September 6, 2013, it went on to make $152,000 in the United States, which is a decent amount considering the fact that it was produced on a budget of just $12,000.

A few years later, he returned as one of the protagonists in the thriller film, Money (2016). Directed by Martin Rosete, it followed two well-off businessmen whose $5 million ill-gotten money is in jeopardy of being taken away after their plans are revealed by an unexpected house guest. Aside from Williams who played as Sean, the cat also included Jamie Bamber, Kellan Lutz, Jess Weixler, and Lucia Guerrero.

Released in the United States in June 27, 2017, after premiering in 2016 at the Palm Beach International Film Festival, the movie received many praises, many of which went towards the cast’s brilliant performance. Despite not being a high profile film, it won numerous awards at different festivals including those in China, New York, Palm Beach, and Sarasota.

In addition to acting, Williams also works as an occasional model, something that he picked up back in his college days. While he has never considered pursuing it as a full time career, he has posed for various brands including Kennth Cole, Tommy Hilfiger, and L. L. Bean. In 2012, he also modelled briefly for the clothing retailer, Lane Bryant.

Currently it is estimated that Jesse Williams has a net worth of $8 million. From what’s been said above, it’s clear that most of his money came from Grey’s Anatomy, the show that he’s been starring in for seven years and counting. On top of that, his income is also supplemented by what he makes from the various other roles that he plays on television and film.

Recently this April, Williams and his ex-wife, Aryn Drake Lee separated and divorced after being together for five years. Allegedly, the two had met when he was still working as a high school teacher in Philadelphia.

Since then, he has been dating fellow actress Minka Kelly, reportedly since May 2017.

Does Jesse Williams Have Any Children?

Yes, Jesse Williams has two children with his ex-wife, a daughter named Sadie and a son named Maceo. The last that we heard this July, he was fighting for joint custody at court.

Did Jesse Williams Got to College?

Yes, the actor went to college. After graduating from Moses Brown school in Providence, Rhode Island, he attended Temple University with a double major in Film and Media and African American Studies. Upon obtaining his bachelor’s degree, he worked as a high school teacher for six years before going into acting.

Jesse Williams currently resides in Los Angeles, California- it’s presumed that he originally moved to the entertainment capital for filming. Unfortunately, we do not have any details or pictures of the actor’s home at this time.

What Kind of Car Does Jesse Williams Drive?

We do not have any information on Jesse Williams’ vehicle at this time.

Since he first made the switch from teaching to acting in 2006, Williams has appeared in well over a dozen roles, from television dramas to films. Some of the highlights from his career so far include playing Dr. Jackson Avery in Grey’s Anatomy and Holden McCrea in The Cabin in the Woods.

So far, his work has earned him a Young Hollywood Award (e.g. TV Actor of the Year), an Image Award nomination (e.g. Outstanding Supporting Actor in a Drama Series), and two People’s Choice Awards nominations (e.g. Favourite Dramatic TV Actor), among a few others.

How Much Did Jesse Williams Make Last Year?

According to sources, Jesse Williams earned upwards of $600,000 in 2016, although this has not been confirmed.

As mentioned earlier, Williams has been starring as Dr. Jackson Avery since the seventh season of Grey’s Anatomy in 2010. Just recently, the thirteenth season ended on May 18, 2017 after a 24-episode run.

In terms of other acting gigs, he will be playing the lead character in an upcoming thriller film titled, Jacob’s Ladder (2017), which is currently in post-production.

In addition to that, it’s also been announced that he’ll be lending his voice to one of the characters in the video game, Detroit: Become Human.