Kendall Jenner Net Worth – How Rich is She Now? 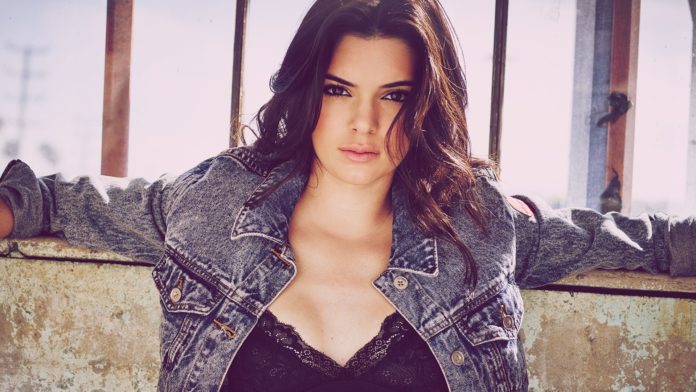 Kendall Nicole Jenner is a prolific television personality and fashion model known around the world. Her claim to fame is mostly due to her being part of the famous Kardashian/Jenner family. Originally known for appearing in the popular reality show Keeping Up with the Kardashians, Kendall has moved into the world of fashion and social media. Her international fame and appeal has created a large fortune for her over the past few years.

How did Kendall Jenner make her money & wealth?

Kendall was born in the city of Los Angeles on November 3 1995 to transgender activist and Olympic decathlete Bruce Jenner, who is now known as Caitlyn Jenner. Her mother is Kris Jenner, a television personality. Kendall’s middle name, Nicole, is a tribute to Kris Jenner’s best friend, actress Nicole Brown Simpson, who passed away just before Kendall was born.

Kendall was brought up in a household that is far from normal, with a stepfamily that has eight half-siblings and one younger sister, Kylie. Due to her parents having children with other partners before they were married, the situation was rather complicated. This was further escalated when her father, Caitlyn, decided to have a sex change.

Kendall was raised alongside her maternal half-siblings, Kourtney, Kim, Khloe and Rob and with her sister in Calabasas, an upper-class suburban area west of the city of Los Angeles. She attended private school at Sierra Canyon but decided to make a switch to homeschooling so she could pursue her career in modeling. Kendall then graduated in 2014.

Kendall began modeling when she was 14 after being signed by Wilhelmina Models in 2009. Her first job was to model for the Forever 21 campaign called Rocker Babes with a Twist.  After this, she featured in many other campaigns, including the likes of Teen Vogue, Mercedes-Benz, American Cheerleader, Teen Prom, Lovecat, Flavor Magazine and many others. In 2012, Kendall teamed up with Russel James, a Victoria’s Secret photographer. There she did editorial work and participated in joint projects. These included work for well-established firms such as Kurv, Miss Vogue Australia and Harper’s Bazaar Arabia. Her work through the years eventually landed her with The Society Management in 2013.

Throughout 2014 the prolific model worked for bookings to the likes of Givenchy, Chanel, Tommy Hilfiger, Ports 1961, Dolce & Gabbana, Fendi and countless others. In November of 2014, she became an official Estee Lauder representative. Her rise to fame caught the eye of Katie Grand, the editor of LOVE, and landed her the title of “the It Girl of the season.”

Moving through 2015, Kendall worked the catwalks for companies such as Alexander Wang, Marc Jacobs, Micheal Kors, Fendi, H&M, Givenchy, Elie Saab and countless others. Kendall built a significant portfolio for herself and eventually became such an icon that every fashion company, firm and magazine wanted a piece of her.

In 2016, Jenner and her well-known colleague and co-fashion model, Cara Delevingne, had their wax figures installed in Madame Tussauds’s London Fashion Week Experience event. Kendall once again walked for companies to the likes of Chanel, Fendi, Versace, Elie Saab, Marc Jacobs and Michael Kors. She shot editorials and covers in Vogue magazines around the world, as well as editorials in LOVE, Vanity Fair, W Korea and Self Service Magazine. The prolific fashion model also did campaign features for many companies, including Calvin Klein, Demilab and Mango.

But don’t be fooled, Kendall has participated in a multitude of other ventures apart from modeling. She has many fashion products, including nail polish and a jewelry collection. Kendall also has her reality television career. She has starred in many productions, including Kourtney and Khloe Take Miami, Kourtney and Kim Take New York and Khloe & Lamar, as well as an appearance on popular tv show Hawaii Five-O. There is also her main show, Keeping up with The Kardashians. She has also starred in music videos, such as PartyNextDoor and Drake’s single, Recognize. Kendall has also written a novel, Rebels: City of Indra. A sequel, called Time Of The Twins is also in the works.

Unlike the rest of her family, Kendall tends to be secretive about her dating life, telling very little to the media about her relationships. She is rumored to have dated many individuals, including high school friend Julian Brooks, rapper Young Jinsu, One Direction star Harry Styles and 5 Seconds of Summer member Ashton Irwin. 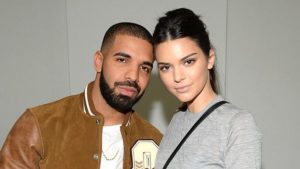 None of these have actually been confirmed and most remain nothing but accusations. But the list goes on and includes a rather ridiculous amount of individuals, including Orlando Bloom, Justin Bieber, Drake, Jordan Clarkson and even Cara Delevingne. Who she is actually with at the moment, if anyone, remains a mystery.

With her international fame and appeal, Kendall would naturally be rather wealthy. Her estimated net worth is $10 million and Forbes estimates that in 2016, she has earned a cool $17 million. Note that this figure may be excluding social media endorsements. With over 20 million Instagram followers and over 15 million Facebook followers, companies love her and would pay a hefty price for her to feature one of their products on her profile.

Although young, the fashion model is already into real estate and her first acquisition is far from frugal. Earlier in 2016, Kendall purchased John Krasinski and Emily Blunts mansion for a staggering $6.5 million. Kendall’s home is situated above Los Angele’s famous Sunset Strip and features 4800 square feet of space. Included in the property is a gourmet kitchen, a spacious master suite, a massive walk in closet for all her fashion accessories and an exercise and massage room.

While the famous model does love to splurge on all the finer things in life, she has also given back. Kendall set up an eBay account to auction old clothing, the proceeds go to the Children’s Hospital Los Angles. Her family also set up a garage sale, where the proceeds went to Share Our Strength: No Kid Hungry and the Greater Los Angeles Fisher House Foundation. 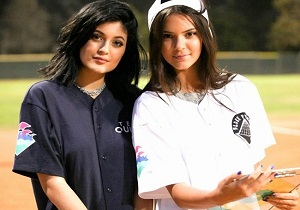 Kendall also participated in sports for charity.  In 2014, she joined her family and friends at a bowling game for charity.  The proceeds of the event to the Robin Hood Foundation.  In another event, which required a little more cardiovascular activity, she participated in a charity kickball game with her sister Kylie. This event raised money for the charity Symphonic Love, and was attended by multiple celebrities including Chris Brown.

Today Kendall continues to give back, while always focusing on growing her career as a model, TV personality, and social media superstar.