What Happened to Tyrese – News and Updates 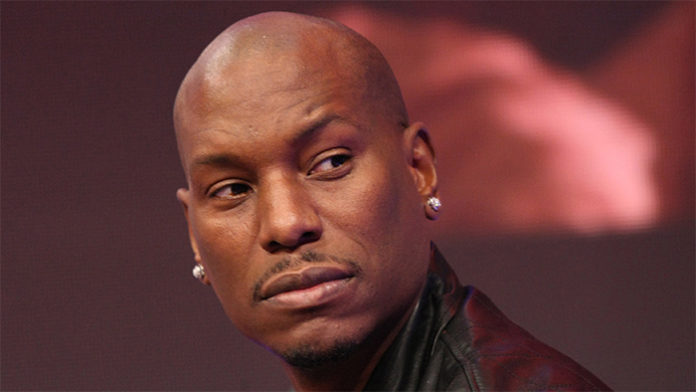 Tyrese Gibson is an American R&B singer who first broke out into the music industry with his self-titled album, Tyrese in 1998. Growing up listening to the songs of Marvin Gaye, Donny Hathaway and Stevie Wonder, Tyrese developed an interest in singing at a young ageーit didn’t take long for it to become a full-time hobby. Continuing to hone his musical abilities over the next few years, he eventually landed a singing role in a Coca-Cola commercial after a successful audition when he was seventeen years old. Immediately recognized for his vocal talents, a bidding war soon ensued between a number of major record labels. By the time he was twenty in 1998, the aspiring artist had landed a recording contract with RCA Records. From there, he quickly got to work at the studio; after a few months, he released his first single entitled, Nobody Else in August 1998. It was soon followed by his eponymous album Tyrese in September of that same year.

Proving to be a hit, Tyrese’s debut album eventually sold over a million copies across the United States, earning it Platinum accreditation from the RIAA. Since then, the R&B artist has released seven studio albums, ten music videos and twelve singlesーmost of which found its way onto the US charts. Having said that however, his most successful album to date remains to be that of Tyrese; it later went on to earn him his first  Grammy Award nomination for the category of “Best R&B Male Vocal Performance” in 2000. Speaking of accolades, Tyrese also garnered the singer an American Music Award that same year for “Favourite New R&B/Soul Artist.” As of 2016, his award collection has grown to include a Soul Train Music Award, an NAACP Image Award and four other Grammy Award nominations, amongst numerous other recognitions.

Although he initially got his start in the show business as a singer, the fact isーTyrese is also an established actor. His most well-known roles on-screen is probably that of Roman Pearce in the popular action film series, Fast and the Furious and Joseph Summers in the coming-of-age comedy, Baby Boy. Recognized for natural flair as an actor, Tyrese received a number of awards including a NAACP Image Award for “Outstanding Actor in a Motion Picture”, and a Locarno International Film Festival Award. Some of the other projects which he’s been involved with over the years include Death Race (2008), Transformers: Dark of the Moon (2011), Black Nativity (2013), Ride Along 2 (2016), amongst various others. Unbeknownst to many, the former singer has even served as an executive producer for several TV shows!

So what has the singer turned actor been up to these past few years? What new projects have he taken on lately? What happened to Tyrese Gibson? Where is he now in 2018? 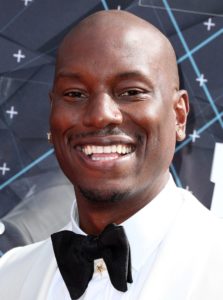 Born on December 30, 1978, in Los Angeles, California, Tyrese Darnell Gibson is the son of Tyrone and Priscilla Murray Gibson; he is the youngest out of four children. When he was six years old, his father left the familyーas a result, Tyrese and his siblings were raised solely by his mother. Growing up in the impoverished neighbourhood of Watts, he constantly found himself walking through crime infested streets. Despite his difficult childhood however, he found solace in musicーwhich he discovered after listening to the songs of Donny Hathaway, Jodeci, and Stevie Wonder. Inspired by the popular artists, he soon began to sing; something which turned into a full-fledged hobby.

When he was seventeen years old, he replied to a particular advertisement that was posted in his high schoolーthe advertising firm was looking for an African American individual to star in a Coca-Cola advertisement. Jumping at the opportunity, he answered the ad and was soon scheduled to take part in an audition. On the day of the audition, he found himself running over two hours late due to heavy traffic, much to his dismay; luckily for him however, the director whom he was supposed to meet, was also held-up in the same traffic. Although there was a bit of a delay, Tyrese soon landed the part in the commercialーone which involved him singing out the company’s catch phrase.

Catching the attention of many with his surprising vocal abilities, numerous recording labels soon took interest in signing Tyrese on as a recording artist. After many bidding wars, the Coca-Cola commercial star eventually signed on with RCA Records in 1998 at the age of twenty. 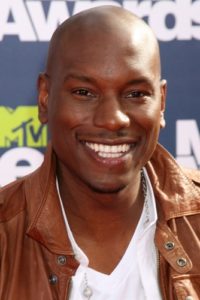 Following his recording deal, Tyrese released his first single entitled Nobody Else in August of 1998. Proving to be successful, it quickly settled in on the Billboard Hot 100 Chart at number thirty-six. Just a month afterwards, he released his debut album, Tyrese on September 29, 1998. A collaboration effort between many music producers including Michael J. Powell, Amen-Ra, and Jake, it showcased twelve R&B tracks; a couple of highlights include Tell Me, Tell Me and Do You Need, which featured Before Dark and Peter Gunz in the vocals respectively. Praised for his smooth and flexible vocals, Tyrese garnered many favourable reviews from critics; it was given an impressive four star rating on Allmusic. Nothing short of a successful debut, the album peaked at number six on the US Top R&B and Hip-Hop Album Chart and at number seventeen on the Billboard 200. As of March 1999, it has been certified Platinum by the RIAA for selling over one million copies.

A year after the new millennium, Tyrese released his second full-length album 2000 Watts in May 2001. Recorded within a period of two years, the album boasted fifteen different tracksーa number of which featured Snoop Dogg, Mr. Tan, Jermaine Dupri and Sole in the vocals. Although 2000 Watts did not reach the same caliber of success as his debut effort in terms of sales, it received much positive attention and peaked at number ten on the Billboard 200 and at number four on the US Top R&B and Hip Hop Albums Chart. Currently holding a B+ rating on Entertainment Weekly, the album lead to the release of three singles including I Like Them Girls, What Am I Gonna Do and Just a Baby Boy; out of the three, I Like Them Girls charted the highest at number forty-eight. 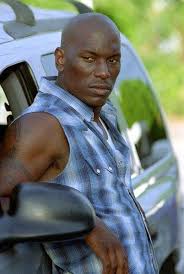 In December of 2002, Tyrese released his third studio album entitled, I Wanna Go There. His first album under J records, it contained fourteen tracks, many of which were co-written by the R&B star himself. Generally favourably reviewed, some of the titles from disc include Girl I Can’t Help It, I’m the Other Man, How Do You Want It, U Don’t Give a Damn About Me, Taking Forever and Signs of Love Makin’. Slightly more successful that his previous album, I Wanna Go There peaked at number sixteen on the Billboard 200 and at number two on the US Top R&B and Hip Hop Albums Chart. The album eventually spawned two singlesーHow You Gonna Act Like That and Signs of Love Makin’, the former of which remains to his biggest hit to date, having reached number seven on the Billboard Hot 100. The album has  since been certified Gold in the United States for exceeding over 500,000 in sales.

Following I Wanna Go There, it wasn’t until 2006 that Tyrese released his next full-length album, Alter Ego in December 2006. A double album, it contained two separate discs; the first contained entirely R&B tracks while the second contained entirely hip hop. Upon hitting the stores, Alter Ego entered the Billboard 200 at number twenty three and sold over 116,000 units within the first week. Having peaked at number four on the US Top R&B Albums Chart, it featured a number of guest artists including Lil Jon, Too Short, R. Kelly, Snoop Dogg, The Game, Mannie Fresh, Method Man and Kurupt. Although the double album received mediocre reviews from critics, it went on to spawn two singlesーTurn Ya Out and One.

After that, the R&B singer took another prolonged break before releasing his fifth studio album, Open Invitation in November 2011. Tyrese’s first album with Voltron Recordz, it garnered him a Grammy Award nomination for “Best R&B Album” in 2013. Upon its release, it peaked at number nine on the Billboard 200 and sold approximately 76,000 copies within the first weekーwhich made it his highest-charting album at the time; it also did well on the US Top R&B and Hip-Hop chart where it reached number two.  Produced by a team including David Banner, R. Kelly, Lil’ Ronnie and a few others, it contained fourteen songs, a handful of which featured other artists in the vocals. The album eventually spawned three singles: Too Easy, Nothing On You and Stay, the last of which performed the best having peaked at number eleven on the charts.

Following an album release with R&B group TGT, Tyrese released his next studio album, Black Rose in July 2015. A hit upon its release, it debuted at number nine on the Billboard 200 and soon became his best-performing album. Praised for its rich ballads, Black Rose earned the artist yet another Grammy Award nomination for “Best R&B Album” although he ultimately lost to Black Radio by Robert Glasper Experiment. Met with positive reviews, it went on to top three separate charts in the United States including the Billboard 200, Independent Albums and the Top R&B and Hip Hop Albums Charts. Critically acclaimed overseas, it also charted in the UK, the Netherlands and Belgium. As of 2015, Black Rose has sold over 172,000 copies within the US alone.

What Is Tyrese Gibson Doing Now in 2018?

From the looks of it, Tyrese has been busy acting in front of the cameras this yearーone of his most notable projects being that of Fast 8. The eighth instalment of the popular Fast and the Furious film series, it had the R&B singer reprising his role as Roman Pearceーa character whom he’s portrayed since the franchise’s second instalment in 2003. Originally announced in March 2015, principal photography kicked off in the spring of 2016 in multiple countries including Cuba, Iceland and New York. Currently in the post-production stages, Fast 8 is scheduled to open in theatres in April 14, 2017. Although it’s still a ways away, a ninth sequel to the film series has already been announcedーtermed Fast & Furious 9, it is tentatively set to be released sometime in 2019.

Aside from the highly anticipated action film, Tyrese has also been involved with a comedy called Ride Along 2, which starred Ice Cube, Kevin Hart, Tika Sumpter, Olivia Munn, and Benjamin Bratt, amongst others. Released in January 2016, it revolved around a man named Ben (played by Kevin Hart) who heads off to Miami with his soon-to-be brother in law, in order to crack down on an Atlanta drug dealer just a few days prior to his own wedding. The sequel to the 2014 Ride Along, it grossed over $124 million at the box office despite having received less-than-ideal reviews from critics.