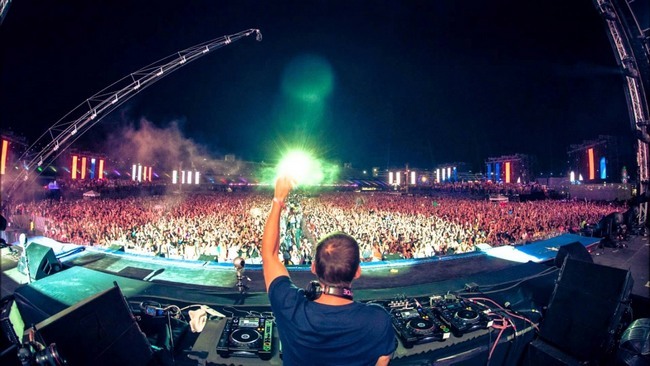 The electronic music scene has been around for decades, but it hadn’t achieved mainstream prominence until the late 1990s. Since then, many DJs have made a name for themselves by creating and playing electronic music for the masses. Not only have they made music during the primetime of electronic music, but they’ve made themselves millionaires too.

Without further ado, let’s take a look at some of these DJs. 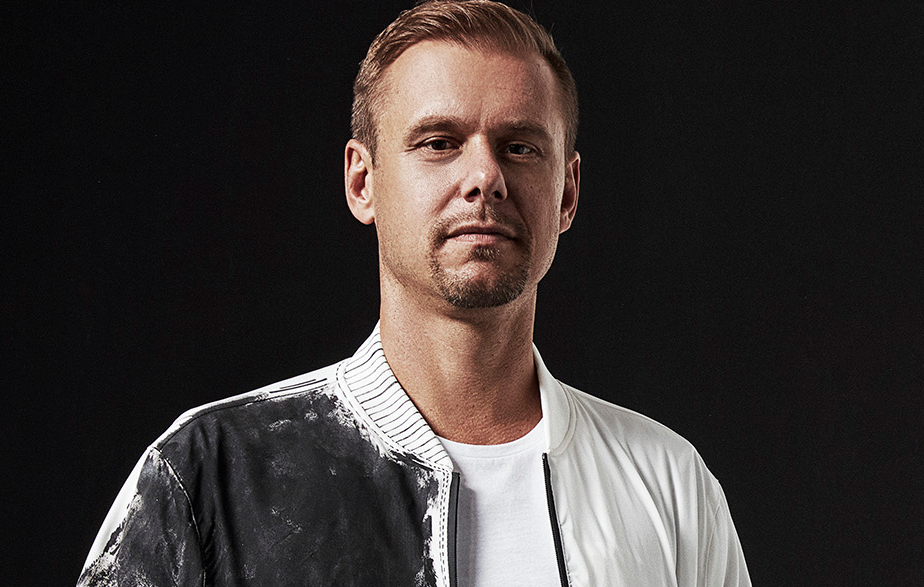 Armin van Buuren is a Dutch record producer. Inspired by French music composer Jean-Michele Jarre, he began working as a DJ in the late 90s. In 1996, he released Push and EP through Timeless Records. It was soon followed by “One”, which was well received upon its release.

He later released his debut album 76 on June 16, 2003. Produced by Ray Wilson, Justine Suissa, Ferry Corsten, and Buuren himself, it featured 13 tracks including “Yet Another Day (ft. Ray Wilson)”, “Burned With Desire (ft. Justine Suissa)”, “Wait For You (Song for the Ocean) (ft. Victoria Horn)”, “Sunburn”, and “Communication.”

He has also received a number of awards including 27 International Dance Music Awards, 12 DJ Awards, and five DJ Mag Awards. In 2014, he also received a Grammy Award nomination for Best Dance Recording.

Paul van Dyk is a German DJ and musician. He gained popularity after remixing the hit song “Love Stimulation” by Humate in 1993. The following year, he released his debut album 45 RPM, which contained 12 tracks including “For An Angel”, “Pump This Party (Video Edit)”, “A Magical Moment”, “Pump This 45”, and “Emergency!”.

Since then, he has dropped many subsequent albums including Seven Ways, In Between, Music Rescues Me, Out There and Back, From Then On, and Off the Record. Some of his most popular singles include Crush (ft. Second Sun), “The Other Side (ft. Wayne Jackson)”, “For an Angel 2009”, “Let Go (ft. Rea Garvey)”, and “Nothing But You (ft. Hemstock & Jennings).

He has also contributed to a number of films including Xurdo, One Perfect Day, and The Dark Knight.

For his work, he has received 10 International Dance Music Awards, two DJ Mag Awards, 18 Trance Awards, as well as a Grammy Award for Best Soundtrack in a Motion Picture (The Dark Knight). Not only that, but he was also nominated the top DJ by DJ Magazine for two consecutive years in 2005 and 2006.

Outside of music, he also hosts the radio show Vonyc Sessions with Paul. 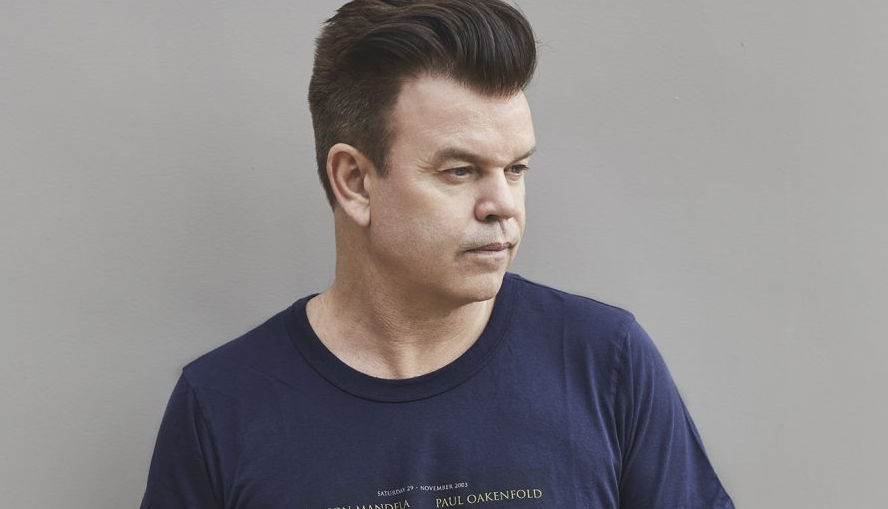 Paul Oakenfold is a two-time World Music Awards and three-time Grammy Award nominee. Throughout his career, he has provided remixes for more than 100 artists including Britney Spears, Madonna, Michael Jackson, The Rolling Stone, U2, and The Stone Roses.

His debut album Bunkka was released in June 2002. A mix of trip hop and trance, it consisted of twelve tracks including “Ready Steady Go”, “Zoo York”, “Southern Sun”, Hypnotised”, “Starry Eyed Surprise”, and “The Harder They Come.” Not only did it top the Top Dance/Electronic Albums chart, but it also found its way onto the Billboard 200. His best-selling album to date, it has sold over 1 million copies worldwide.

Since then, he has released three additional albums—A Lively Mind, Trance Mission, and Shine On, the latter of which came out in 2022. Some of his most popular tracks include” The World Can Wait”, Hypnotic”, “I’m In Love”, and “I’m Into It.”

In 2021, he also appeared in the documentary film Who Killed the KFL?. And later this fall, he will be performing as the opening act for the New Order and Pet Shop Boys Unity Tour.

Thomas Bangalter is a French DJ, singer, and record producer who is also one half of the former electronic music duo Daft Punk. Together with Guy-Manuel de Homem-Christo, he has released a number of albums including Homework, Discovery, Random Access Memories, and Human After All, all of which were commercial hits. They’ve also received a number of accolades including a Grammy Award, two Billboard Music Awards, a BMI R&B/Hip-Hop Award, and six International Dance Music Awards.

In addition to producing music, he also works as a cinematographer and film director. He also owns a record label called Roule; some of their artists include Alan Braxe, DJ Falon, Together, Roy Davis Jr., Alan Braxe, and Romanthony. They also have a side label called Scratche, which has produced only one record to date. 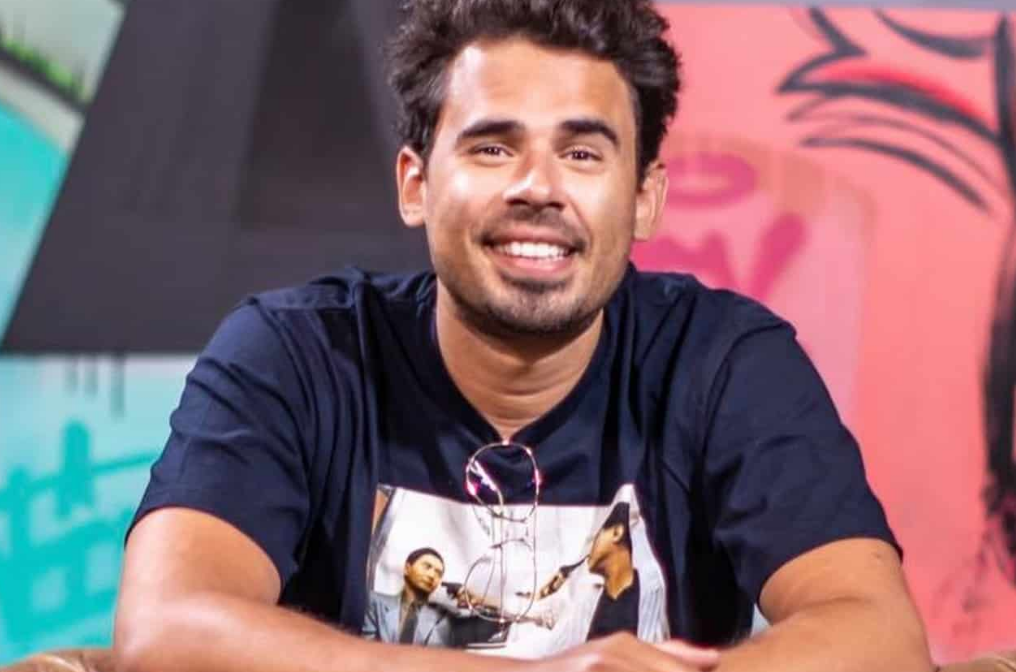 Afrojack is a Dutch music producer and DJ. Born and raised in South Holland, he developed an interest in music at a young age. By the time he was eleven, he was producing his own tracks at home.

In 2007, he released his first recording “In Your Face”, under the name ‘Afrojack’. He then went on to release “Take Over Control (ft. Eva Simons)”, which charted in numerous countries including Australia, Canada, Brazil, Belgium, Russia, Hungary, Germany, and Poland, among others.

His debut album, Forget the World, eventually came out in May 2014. Preceded by three singles, it consisted of twelve tracks including “Mexico”, “Three Strikes”, “Keep Our Love Alive”, “Too Wild”, “Ten Feet Tall”, and “Illuminate.” In the United States, it entered the Billboard 200 at number 32 with 8,000 first-week sales. It also charted at number two on the Dance/Electronic Albums chart.

For his work on Madonna’s Revolver (David Guetta’s One Love Club Remix), he won a Grammy Award for Best Remixed Recording in 2011. Since then, he has received three additional Grammy nominations and has won an MTV Europe Music Award.

In September 2022, he also announced that he will be embarking on a “Jack to the Future” Tour, which will see him performing across the United States in fifteen cities.

Andrew Taggart is one half of the popular DJ and production duo The Chainsmokers. After releasing various remixes, they achieved a breakthrough with the song “#Selfie”, which reached the top 20 in numerous countries.

The following year, they released their debut EP, Bouquet, which included the songs “Good Intentions (ft. BullySongs)”, “Until You Were Gone”, “New York City”, “Roses”, and “Waterbed (ft. Waterbed)”. In the United States, it peaked at number four on the Billboard Heatseekers Albums chart; it also charted on the Billboard 200 and at number two on the Top Dance/Electronic Albums chart.

Since then, the duo has dropped four studio albums—Sick Boy, World War Joy, Memories…Do Not Open, and So Far So Good. Some of the most successful singles include “Roses (ft. Roses)”, “Until You Were Gone (With Tritonal ft. Emily Warren)”, Don’t Let Me Down (ft. Daya)”, “Closer (ft. Halsey)”, “Inside Out (ft. Charlee)” and “All We Know (ft. Phoebe Ryan)”.

They’ve also embarked on a number of tours, including the World War Joy Tour, which they did with Lennon Stella and 5 Seconds of Summer. And this year, they will be going on a So Far So Good Tour to promote their fourth studio album. 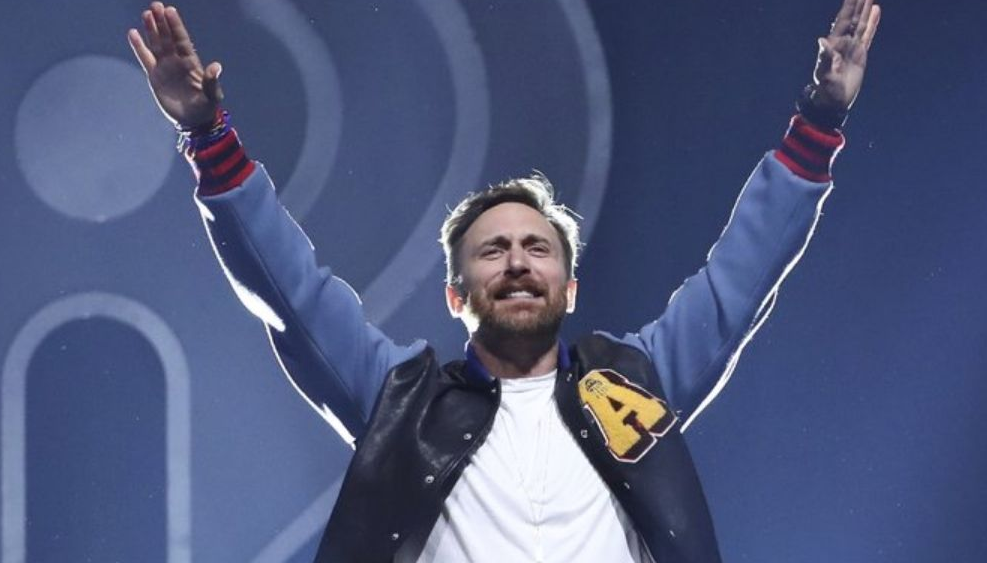 David Guetta is a French DJ with more than 65 million singles sales to his name. Born and raised in France, he dropped his debut album, Just a Little More Love in 2002. Preceded by two singles, it came with 13 tracks, all of which were produced by Joachim Garraud and Guetta himself. Some highlights include “Just a Little More Love”, “Give Me Something (Deep In My Heart)”, “Love Don’t Let Me Go”, “Atomic Food”, and “You Are the Music (ft. Chris Willis).”

It was then followed by Guetta Blaster in 2004 and Pop Life in 2007. And in 2009, his popularity soared further with the release of his album, One Love, which gave rise to the hit songs “Gettin’ Over You”, “When Love Takes Over”, “Memories”, and “Sexy Bitch.” The success continued with his subsequent albums, Nothing but the Beat and 7, the former of which contained the hit singles “Without You”, “Turn Me On”, “Where Them Girls At”, and “Little Bad Girl.”

For his work, Guetta has won numerous awards including a Billboard Music Award, an American Music Award, and two Grammy Awards. He has also been voted the number one DJ for three years in DJ Magazine.

Steve Aoki is an American music programmer, record producer, and DJ. Throughout his career, he has worked with numerous artists including Linkin Park, Laidback Luke, Backstreet Boys, Afrojack, Fall Out Boy, and Rise Against. He has also landed many accolades including a DJ Award for Best Set of the Season, a Billboard Award for Best Mix Album of the Year, and an MTV Latin America Chiuku Award.

He has also released a number of studio albums including Wonderland, which earned him a Grammy Award nomination for Best Dance/Electronica Album. Some of his other albums include Neon Future I-IV, Steve Aoki Presents Kolony, and HiroQuest: Genesis, the latter of which came out in 2022.

In addition to music production, he has appeared in a number of TV shows including Arrow, Punk’d, I’ll Sleep When I’m Dead, Robot Chicken, Hell’s Kitchen, Bill Nye Saves the World, and The Sidemern Show. In 2022, he also appeared as himself in the feature film, Senior Year.

In 2019, he also published a memoir titled, Blue: The Color of Noise. In addition to that, he’s the founder of the Steve Aoki Charitable Fund, which supports a number of causes including animal rights, developmental disabilities, and disaster relief. 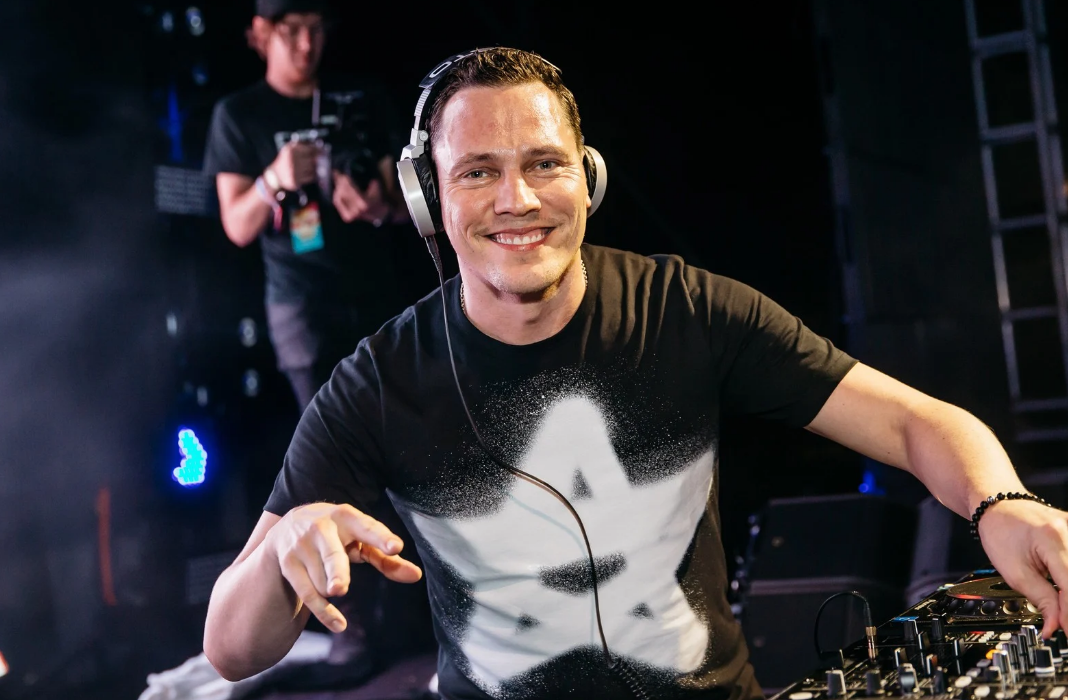 Dj Test is a Dutch music producer and DJ. He began his career in the early 90s producing gabber and hardcore tracks under the aliases DJ Limited and Da Joker. He later signed to Basic Beat in 1994.

By 1997, he had founded his own recording label and had released the In Search of Sunrise and Magik CD series, which proved to be a hut hit. He also met fellow producer Dennis Reijers, whom he’s worked with regularly ever since.

His first solo studio album, In My Memory, was released in April 2001. It featured the vocals of Kirsty Hawkshaw, Jan Johnston, Nicola Hithcock, and included nine tracks—“In My Memory”, “Obsession”, “Lethal Industry”, “Battleship Grey”, “Suburban Train”, and “Flight 643”, among others.

He then released his second album Just Be in 2004, which was met with mixed reviews. However, it still peaked at number three on the Top Dance/Electronic Albums chart. It also charted in Belgium, Denmark, Germany, Hungary, and the UK.

That same year, he became the first DJ to perform live at the Olympics during the 2004 Summer Olympics Opening Ceremony, which took place in Athens.

For his remixed version of  John Legend’s “All of Me”, he received a Grammy Award in 2015.

Calvin Harris is a Scottish singer, songwriter, and DJ. His debut album, I Created Disco, was released on June 15, 2007. Preceded by two singles, it contained fourteen tracks including “Merrymaking at My Place”, “Vault Character”, “Electro Man”, “Acceptable In the 80s”, “This Is the Industry”, and “Neon Rocks.” While reviews were mixed, it peaked at the top of the UK Dance Albums Chart. It also charted in the United States, Australia, Europe, France, and Ireland.

Since then, he has released five other albums—Ready For the Weekend, Motion, 18 Months, Funk Wav Bounces Vol. 1&2, the latter of which came out in 2022. Not only that, but he has also embarked on numerous concert tours, the most recent of which took place in 2013 (with Test).

In 2010, he also launched his own music label, Fly Eye Records. Not only that, but he’s also the co-owner of the music streaming platform Tidal, which specializes in high definition music videos.