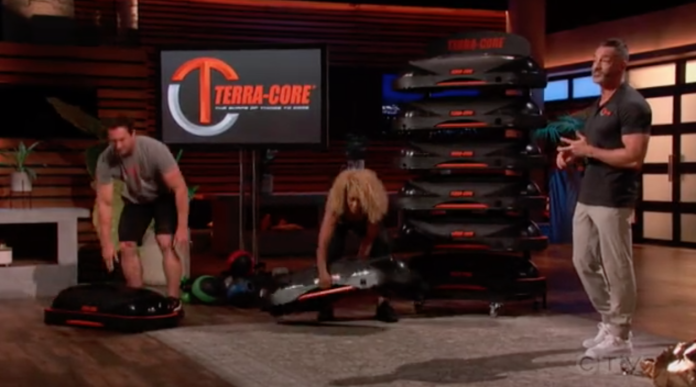 It can be expensive to exercise at home as fitness equipment are not cheap. Greg Nigro developed the all-in-one fitness utility item Terra Core. Terra Core allows the user to perform many different activities and fitness exercises. Terra Core is a versatile balance trainer that can be used for various functions. It is also accompanied by a fitness app that provides many fitness routines using the balance trainer in addition to custom routines uploaded by Terra Core users. 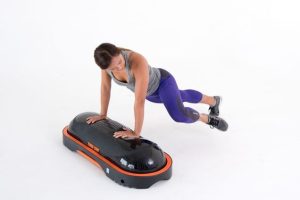 Greg Nigro worked for over 20 years in the fitness industry: he was an equipment salesman, trainer, and consultant at Gold’s Gym. He started Terra Core in 2015 with a Kickstarter campaign. The campaign raised $95,678 in 30 days with an original goal of $60,000. The company successfully delivered the product to its backers on time and started selling Terra Core on its website. People loved the product and were sharing it with others on social media. Terra Core gained a small following and was able to improve its product.

With hundreds of workouts and positive feedback, Terra Core proved a success. Greg wanted to capitalize on the product and develop his company. As a result, he went on Shark Tank to find a tank interested in his business that would make his company take over the fitness market.

Greg Nigro appeared on season 11 of Shark Tank seeking $300,000 for 15% of his company. He introduced himself as The Sultan of Sweat before quickly taking off his costume and pitching his company. Greg demonstrated the fitness exercises on the Terra Core and claimed it was patented, comfortable, and portable. He showed the sharks a variety of exercises that can be done using the Terra Core, which included Bench press, crunches, and leg lifts. Greg also demonstrated the other side of the Terra Core to the sharks which allowed for many other fitness workouts. 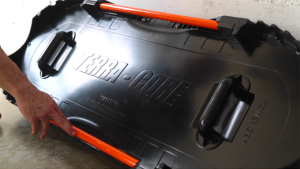 All of the sharks came up to try the product. They found it comfortable and thought it was very cool. Greg told the sharks his background: he had spent 20 years in the fitness industry. He started selling the product in 2017, a year after his Kickstarter campaign. Since they had started, the company had made lifetime sales of $2.1 million.

38% of the company’s sales are to Gyms and other commercial buyers, 38% are DTC (direct to consumer), and the rest are international sales. The original product’s price point was $279, but Greg decided to lower it to $199. The Terra Core is produced in China with a production cost of $79. However, Greg believes he can cut the cost down to $45. He claimed the company would make $850,000 in 2019, breaking even for the year. The company projected $1.4 million for the following year, 2020, which would generate $200,000 as profit. Greg stated Terra Core has a design patent issued and a utility patent pending. 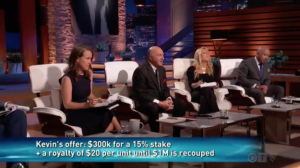 Anne Wojcicki was concerned that the product could just be a fad. She wanted to know if there was anything that accompanied it to keep people interested. Greg told the sharks about the application provided with the product. He said the app is constantly updated with new workouts created by fitness professionals. He claimed the company plans to incorporate custom workouts designed by users. They also have plans to add premium content that could be accessed using a subscription module.

Lori Greiner was interested; she said she had a company very similar to Terra Core which proved to be successful. The other sharks argued it was a fad, but Lori was convinced it wasn’t. She offered Greg $300,000 for 22.5% of the company.

Annie Wojcicki, a guest shark for that episode, also made Greg an offer. She offered him $300,000 for 17% and a royalty of $10 per unit in perpetuity.

Lori wanted an answer now since she believed her offer was satisfactory to both parties. Greg agreed and took Lori’s offer.

Greg left the shark tank with a deal from Lori. He was excited to work with her and had many plans to expand and grow the company in the upcoming years.

Terra Core Now in 2022 – The After Shark Tank Update 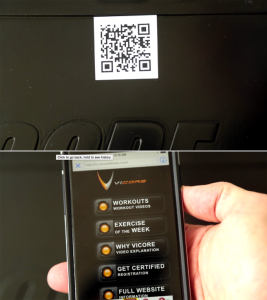 After his appearance on Shark Tank, Greg Nigro started working on improving the company. Unfortunately, the deal with Lori never closed, and Greg had to find other investors. Terra Core’s sales rapidly increased after the episode aired, which gave the company the financial boost it needed to develop.

Fortunately for Greg, Covid-19 meant a lot of people were forced to stay at home. The lockdown increased the need for exercise and fitness tools, which was a great business opportunity for Terra Core. The company saw a huge Direct to Consumer sales increase because of the lockdown, and many people started using Terra Core on a daily basis.

Greg dropped the product’s price to $199 and improved the application. The company’s social media grew more than tenfold since its appearance on Shark Tank, with over 80k followers in 2022. Terra core was also mentioned in several large news websites such as Men’s Health Magazine, The Wall Street Journal, and more.

Terra Core seems to be doing very well for itself in 2022. The company reported $500,000 annual revenue in 2021 and $1.4 million in 2022. Terra core continues to grow and expand as the company tries to become a major company in the fitness market. To find out more information and updates about Terra Core, visit their website here.