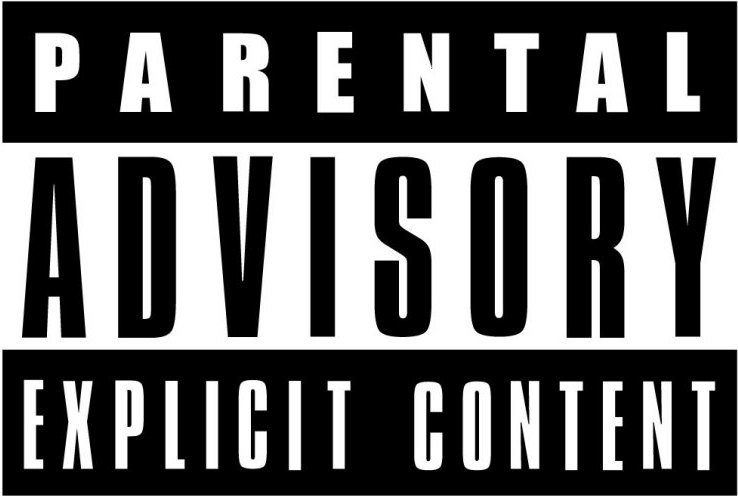 Speed wasn’t always a deciding factor in what makes a rapper good. But Chopper, a rapping style characterized by its fast pace, changed that. It appeared in the 90s in the Midwest, and slowly gained popularity, reaching California and other regions of the US.

Without further ado, here are the fastest rappers of all time. 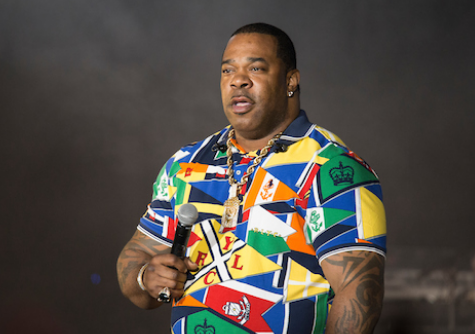 Busta Rhymes initially gained fame as a member of the hip hop group Leaders of the New School. After the group broke up, he released his first solo album, The Coming, which proved to be a huge hit. Not only did it reach the top ten on the Billboard 200, but it also earned him a Grammy Award nomination.

Since then, he has released nine additional albums, including Extinction Level Event 2: The Wrath of God, which came out in 2020. His first album since 2012, it featured more than 20 tracks including “The Purge”, “Strap Yourself Down”, “True Indeed”, “Boomp!”, and “Oh No”. Not only that but it also featured a number of collaborations including those with Chris Rock, Rick Ross, Anderson Park, and Q-Tip. Met with favorable reviews upon its release, it ended up selling 38,000 units within the first week.

Like many rappers, he has also made a number of television appearances over the years. Some of his credits include The Masked Singer, Fresh Off the Boat, The Boondocks, Big City Greens, and Master of None. He also owns the production company The Conglomerate (formerly known as Flipmode Squad).

Dizzy Rascal is a British rapper and MC who’s known for incorporating elements of baseline, R&B, UK garage, and British hip hop in his work. As a teen, he was taught to “rap fast” over bass and drum tracks with 170-180 bmp.

Based in London, he released his debut album Boy in da Corner in 2003. A commercial success, it went on to win a Mercury Prize for Best Album in 2004 and has since been considered a grime classic. The following year, he released his second album Showtime, which consisted of 15 tracks including “Stand Up Tall”, “Hype Talk”, “Respect Me”, and “Imagine.” Not only did it peak at number 8 on the UK Music Chart, but it also received critical acclaim from critics.

Since then, the rapper has dropped five additional albums including Maths + English, Tongue n’ Cheek, The Fifth, Raskit, and E3 AF. He also collaborated with fellow rapper Skepta on the track “Money Right”, which went on to earn a D&AD Award and a Webby Award for Best Music Video.

In total, he has achieved five number-one singles in the UK—“Shout”, “Dirtee Disco”, “Bonkers”, “Dance wiv Me”, and “Holiday”. 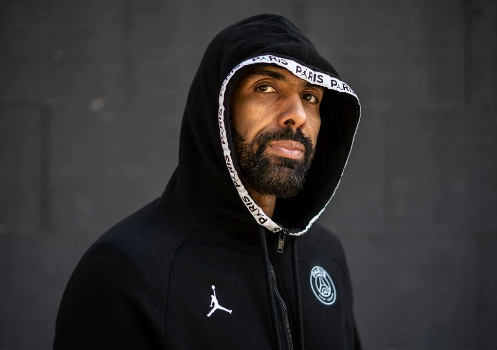 El Chojin is a Spanish rapper who holds the Guinness World Record for the most syllables rapped in a minute. Not only does he avoid coarse language in his music, but he also frequently raps about anti-racism, non-violence, and other similar themes. For example, his track “Lola”, which promotes condom use, was used in a contraceptive awareness campaign.

Prior to embarking on a solo career, he was a member of the WFN Crew and Group 995, with whom he released a few albums.

He eventually released his first solo project, 100% = 10.000 (Mi estilo), in 1997. Since then, he has dropped more than a dozen different titles including Recalculando ruto, which came out in 2017. A Spanish-language album, it consisted of 15 tracks including “Soy y No Soy”, “Mi Estilo de Vida”, “Solo Hace Fanta Un…”, “No Podemos”, and “Pro las Segundas Oportunidades (feat. Tosko).

Not only that but he has also collaborated with numerous artists over the years including Duo Tie, Meko, DJ Pack, Black Bee, El Meswy, Duo Kid, Morodo, and Each.

As of 2022, no one has beaten his record of 852 syllables in 42 seconds. While Korean rapper Outsider surpassed his record by two syllables, it wasn’t accepted as it wasn’t in English.

Eminem is considered one of the greatest rappers of all time. In fact, he’s often credited with having popularized hip-hop in Middle America.

His debut album, Infinite, came out in 1996 and was released on vinyl and cassette, both of which he sold from the trunk of his car. However, it wasn’t until 1999 that he turned into a high-profile celebrity with the release of his second studio album, The Slim Shady LP, which also served as his major label debut. Released through Interscope Records, it consisted of 20 tracks including “Rock Bottom”, “’97 Bonnie & Clyde”, “My Name Is”, and Guilty Conscience (featuring Dr. Dre). A commercial success, it ended up reaching the top of the US R&B Albums Chart.

Since then, he has released nine additional albums, the most recent of which was dropped in 2020. Not only that but he has worked on three collaborative albums over the years—Devils Night (with D12), D12 World (with D12), and Hell: The Sequel (with Bad Meets Evil). In 2014, he also co-headlined The Monster Tour with Rihanna. 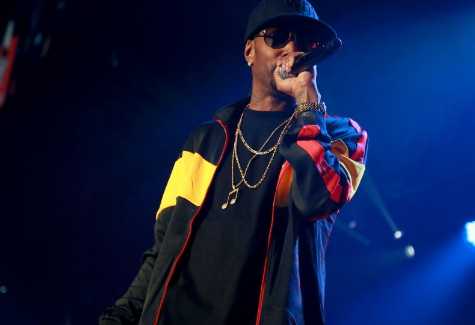 Krayzie Bone is a rapper, singer, and producer. He began his career as a member of the hip-hop group Bone Thugs-n-Harmony during the early 90s. From there, he released his solo album Thug Mentality 1999 in 1999. A double disc set, it featured guest appearances from various artists including Mariah Carey, Big Pun, The Marley Brothers, Snoop Dogg, and Gangsta Boo, among others.

It was soon followed by The got da Line in 2001. Since then, he has released several other albums including Chasing the Devil: Temptation, Gemini: Good vs. Evil, Eternal Legend, and Leaves of Legends. More recently, he dropped his ninth solo album Krayzie Melodies: Melodies, Vol. 1, which featured 18 new songs, in April 2022.

Some of his biggest hits include “Ridin” (Chamillionaire featuring Krayzie Bone), “Thug Mentality”, and “Breakdown” (Mariah Carey ft. Krayzie Bone and Wish Bone), all of which charted in the U.S. The collaboration with Chamillionaire, “Ridin”, also earned him a Grammy Award for Best Rap Performance by a Duo in 2007.

In terms of his fastest lyrics, they’re from his 2012 track “Heated Heavy”, where he raps 169 words per minute.

NoClue was given the title of “Fastest Rap MC” by Guinness World Records in 2005, after rapping 723 syllables in 51 seconds on his song “New West”, which beat the previous record set by Rebel XD. The attempt was recorded in front of a licensed speech therapist at Seattle’s B&G Studios.

A Seattle native, he released his first solo album, The Beginning, in 2010. Since then, he has dropped three additional mixtapes—NoClue, Just Landed, and 4Warning. In 2014, he was also featured on the Discovery Channel program Daily Planet, where he was included in their “Top 10 Fastest Things on the Planet” compilation. Prior to that, he teamed up with the world’s fastest reader, fastest speaker, and fastest tester to launch Optus’ debut of 4G Networks.

Not only is he one of the fastest rappers in the world, but he also has a prolific career in video production. He is currently the CEO of Cinema 28 and Long Live LLC, a company that produces model portfolios, music videos, and other media. 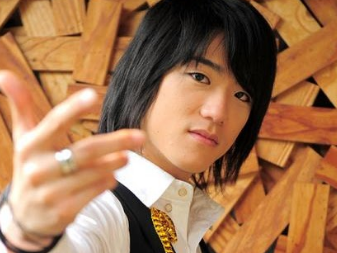 Outsider is a South Korean rapper who’s currently signed with ASSA. He began his career as an underground rapper in the mid-2000s and achieved some success with his album Come Outside. He later released a single titled “Motivation”, which was featured on the variety show The Truth Game. His fast rapping skills subsequently impressed MC Sniper, who signed to him to his label.

His first full-length album, Soliloquist, which peaked at number 25 on the music charts, was released in the fall of 2007. He later followed up with an EP titled Vol. 2.5 The Outsider in 2010, which was accompanied by a music video for the song, “Acquaintance.”

Since then, he has released two more albums—Hero and Pride & Prejudice, both of which were met with praise. Not only that but he has released two extended plays titled The Outsider and Rebirth Outsider. In 2016, a reissue of his 2015 album Pride and Prejudice was also re-released under the name Become Stronger.

R.A. the Rugged Man is an American rapper who’s known for his lyrical skills. After signing with Jive Records at the age of 18, he recorded his debut album, Night of the Bloody Apes. However, it was never released.

In the end, it wasn’t until 2004 that he dropped his first album Die, Rugged Man Die. Released through Nature Sounds, it featured 15 tracks including “Midnight Thud”, “Pick My Gun Up (Skit)”, “A Star Is Born”, “Lessons”, and “Casanova (Fly Guy)”. Not only that but it also featured collaborations with Masta Killa, Killah Priest, Human Beatbox Bub, and Timbo King.

Since then, he has released two additional studio albums, Legends Never Die and All My Heroes Are Dead, the latter of which came out in 2020. He has also worked with artists Jedi Mind Tricks, Block McCloud, The Four Owls, Snack the Ripper, Psalm One, Marcella Puppini, Chill Rob G, and Kool Savas, and has done work on a number of films including Three Thug Mice, Damnation, Bad Biology, and Skid Row.

His fastest rapping was in his 2020 track “Gotta Be Dope”, where he recorded more than 11 syllables per second. 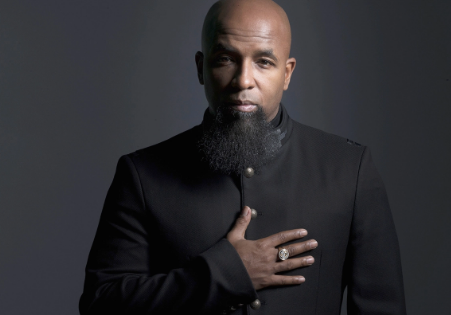 Tech N9ne has sold more than two million albums worldwide. Named after the TEC-9 semi-automatic handgun (the nickname was given to him by Black Walt due to his fast chopper style), he began his career as a member of the group Black Mafia in the early 90s. After the group disbanded, he signed with JCOR Records, through which he released the album Anghellic in 2001.

Since then, he has followed up with numerous projects including Absolute Power, All 6’s and 7’s, Special Effects, Something Else, Enterfear, Something Else, The Storm, and Killer. That’s not all, he’s also worked on a number of collaborations including Misery Loves Company, Welcome to STrangeland, Dominion, Strange Reign, and Sociology 101.

Some of his best-performing songs include “Caribou Lou”, “Worldwide Choppers”, “Fragile (feat. Kendrick Lamar, Kendall Morgan, and Mayday)”, and “Hood Go Crazy (ft. B.o.B. and 2 Chains)”, many of which have received platinum certification from the RIAA. Not only that but he has featured many mainstream artists in his projects including Ice Cube, Snoop Dog, T.I., Eminem, E-40, and Three 6 Mafia.

Twista is an American rapper who is known for his chopper style of rapping. In 1992, he was given the title of “Fastest English-Speaking Rapper in the World” by Guinness World Records, after spitting out 598 syllables in 55 seconds.

Several years later, he was featured on Do or Die’s hit song “Po Pump”. Shortly afterward, he signed with Atlantic Records and Big Beat, where he released the album Adrenaline Rush. He also formed the hip-hop group Speedknot Mobstaz, with whom he released four albums.

Fast forward to 2004 and he dropped his fourth studio album Kamikaze, which reached the top of the U.S. Billboard 200. Since then, he has followed up with several additional projects including Category F5, The Day, Adrenaline Rush 2007, Crook County, Dark Horse, and more recently, Summer 96. In 2019, he also joined the rap competition series Rhythm and Flow, which was released on Netflix, as one of the judges.