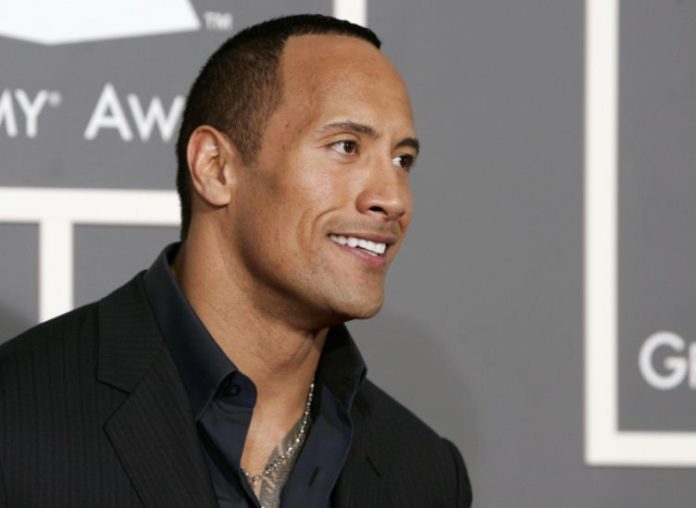 We all know that the stars of Hollywood are just rolling in cash. From watching television shows that give you grand tours of their mansions to magazines that break down just how much their outfits really cost. They star in award-winning movies and charm us during interviews, but how much money are these celebrities really generating at the end of each year?

The Top 10 Highest-Paid Hollywood Actors In 2022

Without further ado, let’s take a look at some of these actors.

Will Smith rose to fame after starring in the NBC sitcom The Fresh Prince of Bel-Air. For his portrayal of himself, he received two Golden Globe Award nominations. He later starred in the Men In Black film series, which earned him further fame.

Some of his other credits include Bad Boys, I, Robot, I Am Legend, Suicide Squad, and Seven Pounds. In 2019, he also portrayed the Genie in the live-action adaptation of Aladdin. And more recently, he starred in the films Dads, Gemini Man, Bad Boys For Life, and Spies In Disguise. He also played the role of tennis coach Richard Williams in the biographical sports film King Richard, which earned him an Academy Award for Best Actor; he was the fifth black actor to achieve such a feat.

That’s not all, he’s also been working as an executive producer on Bel-Air, a reimagined version of the original sitcom starring Adrian Holmes, Jabari Banks, Coco Jones, Cassandra Freeman, and Olly Sholotan. He will also be starring in the historical action filler Emancipation, which is set to be released in December 2022.

Paul Rudd has starred in numerous films throughout his career including The 40-Year-Old Virgin, Romeo + Juliet, Halloween: The Curse of Michael Myers, Anchorman: The Legend of Ron Burgundy, This is 40, and Knocked Up. He also lent his voice to the animated films Sausage Party, Nerdland, The Little Prince, and Monsters vs. Aliens. For his contributions, he was inducted into the Hollywood Wall of Fame in 2015.

Since 2015, he has also been playing Ant-Man in the Marvel film series. The latest film, Ant-Man and the Wasp: Quantumania is currently slated for a 2023 release.

More recently, he played a dual role in the comedy series Living With Yourself, for which he received a Golden Globe nomination for Best Actor. He also joined the main cast of the mini-series The Shrink Next Door.

He was also named the “Sexiest Man Alive” by People Magazine in 2021.

Some of his other film credits include Fantastic Four and its sequel, Fantastic Four: Rise of the Silver, Snowpiercer, Scott Pilgrim vs. the World, Knives Out and TMNT.

In addition to that, he has starred in the television series Gfted, Defending Jacob, and Before We Go, the latter of which he also produced. He also made his Broadway debut in the revival of Lobby Hero, in 2018, for which he received a Drama League Award nomination.

And in 2022, he lent his voice to the titular character in Disney’s Lightyear. He also joined the cast of the Netflix action thriller The Gray Man, which was adapted from a novel of the same name.

In terms of upcoming projects, he will be starring in the films Ghosted and Red One.

Adam Sandler aka “The King of Comedy”, started out as a cast member on Saturday Night Live in the early 90s. It wasn’t until later on that he began to star in various films. Some of his earliest credits include Happy Gilmore, The Wedding Singer, Billy Madison, Big Daddy, and The Waterboy.

The later starred in the films Just Go With It, Punch-Drunk Love, I Now Pronounce You Chuck and Larry, Reign Over Me, Grown Ups, Grown Ups 2, Murder Mystery, Uncut Gems, Blended, and Hubie Halloween. He also voiced Dracula in the Hotel Transylvania franchise and lent his voice to Eleanore, Whitney, and Davey in the animated musical Eight Crazy Nights. More recently, he starred in the critically acclaimed sports film Hustle, which he also produced.

In 2021, he made the headlines after signing a three-movie deal with Netflix, which is worth an alleged $350 million. That same year, he was named the fashion icon of the year by Vogue magazine.

Bradley Cooper began his acting career with a guest role in the popular series Sex and the City. He later made his big screen debut in the comedy film Wet Hot American Summer. From there, he starred in the action thriller Alias, which gained him some recognition.

He also played the role of a struggling writer in the 2011 film Limitless, which earned him praise from critics. Since then, he has also starred in American Hustle, Silver Linings Playbook, and American Sniper.

And in 2014, he played a lead role in the Broadway play The Elephant Man, which earned him a Tony Award nomination for Best Actor. He also began voicing Rocket, a member of the Guardians of the Galaxy, in the Marvel films.

In total, he has received eleven Academy Award nominations, two of which he won. He has also been nominated for six Golden Globes and a Tony Award. Not only that, but he is also one of the most influential people in the world, according to Time Magazine.

Jackie Chan is a Hong Kong actor, stuntman, and martial artist. Known for his comic timing, he has starred in over 150 films throughout his career. By the mid-90s, he was already one of the most popular action movie stars in Europe and Asia, with nearly 40 movies to his name. In Hong Kong alone, he had earned approximately $146 million between 1973 and 2010. More recently, he starred in the adventure comedy film Kung Fu Yoga, which become the highest-grossing film in China.

Some of his Hollywood blockbusters include Kung Fu Panda, Rush Hour, The Karate Kid, Shanghai Noon, The Forbidden Kingdom, Shanghai Knights, and The Foreigner.

As of 2021, his movies have grossed more than $2.1 billion in China and over $1.84 billion in the U.S. and Canada. Not only did he receive a star on the Hong Kong Avenue of Stars, but he also received one on the Hollywood Walk of Fame.

Akshay Kumar is an Indian-born Canadian actor and film producer. Throughout his career, he has appeared in more than 100 films and has received numerous accolades including two Filmfare Awards and two National Film Awards.

He began his career in the early 90s with the film Saugandh. He later achieved widespread fame after starring in the action thriller Khiladi. From there, he starred in a string of action films including Jaanwar, Suhaag, and Mohra. He also appeared in the romance film Yeh Dillagi, which received critical acclaim. And earlier this year, he starred in the historical movie Samrat Prithviraj, which also starred Sanjay Dust, Manushi Chhilar, and Son Sold.

Some of his more recent film credits include Baby, Special 26, Airlift, and Rustom. He also produced several movies including Pad Man, Kesari, and Toilet: Ek Prem Katha. In 2014, he started his own reality series Dare 2 Dance.

He also made an appearance in the Discovery series Man vs. Wild in 2020. The episode would go on to become the second highest-rated show on the network.

Robert Downey Jr. is perhaps best known for playing Tony Stark within the Marvel Cinematic Universe. He made his debut in the 2008 film Iron Man, which spawned two sequels—Iron Man 2 and Iron Man 3. He later reprised the role in The Avengers, Avengers: Age of Ultron, Captain America: Civil War, Avengers: Infinity War, and Avengers: Endgame.

Some of his other noteworthy film credits include Sherlock Holmes, Sherlock Holmes: A Game of Shadows, The Soloist and Dolittle, the former of which earned him a Golden Globe Award. He also starred in the 2018 action comedy Tropic Thunder, for which he received a BAFTA and Academy Award nomination for Best Supporting Actor.

More recently, he starred in the documentary film Sr., which he also produced. He also worked on Oppenheimer, a biographical drama film based on the life of J. Robert Oppenheimer, which is scheduled to be released on July 21, 2023.

That’s not all, he’s also worked on a couple of television shows over the past few years. In 2020, he worked on the period drama series Perry Mason starring Matthew Rhys, Chris Chalk, Juliet Rylance, and Shea Whigham, and in 2021, he was an executive producer for Sweet Tooth.

Chris Hemsworth rose to prominence in the soap opera Home and Away before launching a film career in the late 2000s. In 2009, he played a small role in J. J. Abrams’ Star Trek. That same year, he appeared in the thriller film A Perfect Getaway, which grossed $22 million at the box office.

In 2011, he was cast as Thor in the Marvel Cinematic Universe. He made his first appearance in Thor, which proved to be a commercial success, having grossed $449 million worldwide. He later reprised the role for the 2012 film The Avengers alongside Robert Downey Jr., Chris Evans, Mark Ruffalo, Jeremy Renner, and Natasha Romanova.

Since then, he has also starred Thor: The Dark World, Thor: Love and Thunder, Avengers: Infinity War, Avengers: Endgame, The Avengers, and Avengers: Age of Ultron. For his portrayal of Thor, he has won numerous awards including a Teen Choice Award, two People’s Choice Awards, and an MTV Movie Award.

In terms of upcoming projects, he will be appearing in the film Extraction 2, which he also produced, sometime in 2023. That’s not all, he’s also filming a post-apocalyptic film titled Furiosa, which will also star Anya Taylor-Joy and Tom Burke.

Dwayne Johnson aka “The Rock” is an actor, businessman, and producer. A former professional wrestler, he made his film debut in the 2001 film The Mummy Returns. He later landed a lead role in the 2002 film The Scorpion King, which earned him further fame.

From there, he starred in the family films Race to Witch Mountain, Tooth Fairy, The Game Plan. He also appeared in the films G.I. Joe: Retaliation, Journey 2: The Mysterious Island, San Andreas, and Hercules. And in 2016, he lent his voice to Maui, one of the lead characters in the Disney animated film Moana. He’s also voiced various characters in the animated movie DC League of Super Pets.

On television, he starred in the comedy-drama series Ballers from 2015 to 2019. He also starred in the NBC sitcom Young Rock, which he produces and is also based on his life. So far, there’s been two seasons, with a third set to premiere in November 2020.  From 2019 to 2020, he also hosted the sports competition reality series The Titan Games.

Aside from acting, he also owns a production company called Seven Bucks Production. That’s not all, he also co-owns the XFL, one of the professional teams in the American Football League.