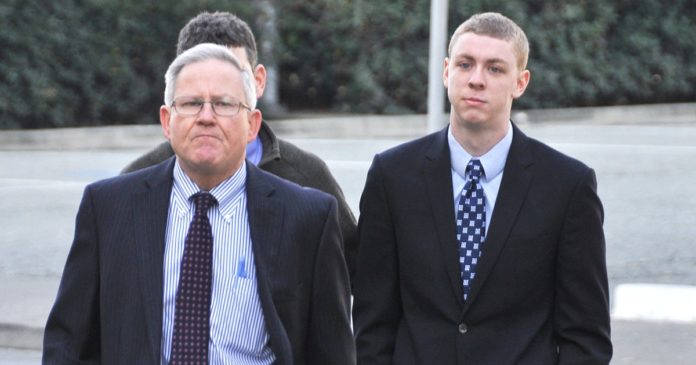 Back in 2016, Brock Turner filled national headlines with a high-profile rape case. Turner, a swimmer at Stanford University, engaged in sexual contact with a drunk and unconscious college-aged girl. He received a lot of attention for his behavior during the ensuing criminal trial, and for the sentencing that he received, which some believed to be overly lenient. His official trial began in March of 2016, and the case sparked a national conversation about rape culture, male privilege, and criminal proceedings in the United States. W

hat happened to Brock Turner following the trial? Is Brock Turner in jail? In this article, I’m going to be answering that question, among a few others. Without further delay, let’s see if we can’t learn some more about this guy. 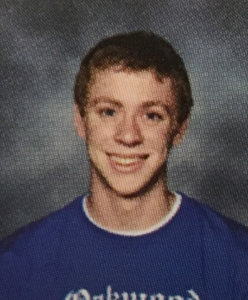 Brock Turner was born in 1995 in Dayton, Ohio. He graduated from high school in 2014, where he swam competitively. Brock didn’t just swim, either. He was a really, really good swimmer. When he graduated from Oakwood High School, he was a three-time All-American. Turner was able to get into Stanford University (one of the top universities in the country, if not the world) on a swimming scholarship. Prior to his arrest for rape, Brock had gotten into a couple of instances of legal trouble. During his time in Stanford and in high school, he was known to illegally abuse substances like alcohol and drugs. In 2014, he was arrested for possessing alcohol while being under the legal age. At the time, these may have just seemed like stupid mistakes made by a dumb teenager. However, Turner would eventually show a proclivity for an even more heinous type of crime.

On January 18th, 2015, two Swedish graduate students were cycling around Stanford’s campus late at night when they saw Brock Turner in a dark area behind a dumpster. Brock was on top of a woman who appeared to be unconscious. The men, knowing that something was awry, confronted Turner. When Turner attempted to flee, the men chased him down and detained him until campus police were able to arrive. When they came on the scene, the police determined that the woman in question was completely unconscious. She didn’t show signs of conscious response until past 4 am, which was three hours AFTER the cyclists confronted Brock. The woman’s hair was full of pine needles, and blood covered her hands and elbows. Brock was questioned and arrested, and it was found that he had a blood alcohol content of 0.171%. Experts estimated that the woman’s blood alcohol content would have sat at approximately 0.22%. Needless to say, things did not look good at all for Brock Turner. 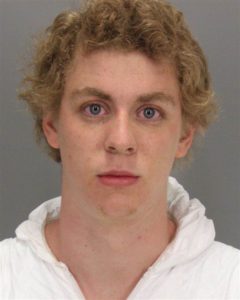 When the woman finally came to the following morning, she testified that she had very little recollection of the night before. She didn’t remember being alone with anyone, and she didn’t remember consenting to any sexual activity. A medical examination showed that the woman had sustained signs of physical trauma (bruising and scrapes) as well as signs of sexual trauma, from being penetrated. The night before, both Brock Turner and the woman (who was known as Jane Doe during the proceedings) attended a party held by the Kappa Alpha fraternity on campus. Brock told police prior to his arrest that he had hit it off with the girl at the party, and that she enthusiastically accepted his advanced at the party and after they had left the party. He went on say that Jane Doe gave verbal consent prior to becoming unconscious. Jane Doe and her prosecutors would go on to discredit this series of events in the ensuing trial.

Brock Turner During the Stanford Trial

Shortly after the incident, in order to avoid disciplinary action, Brock withdrew his enrollment from Stanford. Just a couple of days after his initial arrest, Stanford made the decision to ban Brock from ever stepping foot on campus again. (This is one of the harshest penalties that the university is able to impose on someone.) On January 28th, he was officially indicted on five charges. These charges included rape of an intoxicated person, rape of an unconscious person, along with the intent to rape and inserting a foreign object into the woman. Turner pleaded not guilty to all five of the charges. A few months later, in October, the first two charges of rape were dropped. Although his actions can certainly be considered sexual assault, it wasn’t technically rape, since DNA evidence showed that there was no genital-to-genital contact. 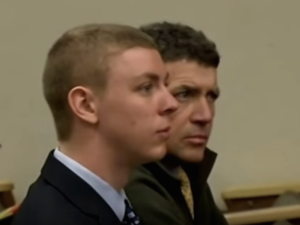 His trial didn’t officially begin until March of 2016, and that’s when the media frenzy really began. The trial itself lasted two weeks, and on March 30th he was officially convicted of the three remaining felony charges of sexual assault. The recommended sentencing for these charges typically sits at about 14 years in prison, but probation officials suggested that Turner just face a moderate amount of time in county jail. Prosecutors were seeking closer to six years in prison, believing that the callous act of sexual assault deserved a very serious punishment. During sentencing deliberations, statements from the victim, Brock, and Brock’s family attracted a lot of media attention. Brock’s statement was 11 pages long, and it reiterated his allegation that the contact he had with Jane Doe was completely consensual. According to Turner, they danced, flirted, and kissed at the party before engaging in sex acts with her on the ground on the Stanford campus.

One of the most controversial statements issued during this trial came from Brock Turner’s father, who believed that his son shouldn’t have twenty years of his life wasted due to a twenty-minute mistake. As one can imagine, this comment was seen as seriously insensitive and out of line. The most influential statement, probably, came from Jane Doe herself. Jane’s statement was just under 8,000 words long, and it eloquently discussed her experience following the assault. In a very graceful way, it also talked about the male privilege and the class privilege that she felt was clearly evident in the trial. She noted her disgust that Brock could potentially get a light sentence due to his family’s affluence, and due to his success as a competitive swimmer. In the end, Brock Turner was sentenced to six months of confinement in county jail, followed by three years of probation. Outside of that, Turner was expected to register as a sex offender and attend a rehabilitation program for sex offenders.

Brock Turner was indicted on five charges: two for felony sexual assault, two for rape, and one for attempted rape. Despite that, he was only sentenced to six months in prison (prosecutors recommended six years), which many people believed was way too lenient. To make matters worse, he was released early, after only three months.

In 2019, he completed his three-year probation, though he will remain on the Tier III sex offenders list for life (he will have to re-register his status every 90 days).

The former swimmer, who had previously attended college on a swimming scholarship, has also been banned from Stanford. Not only that, but he has also been barred from participating in any competitive swimming events. Given that, it’s probably fair to say that he won’t be representing the U.S. in the Olympics anytime soon.

In 2019, it was reported that he was working for Tark Inc., a local cooling technology company where he makes $12 an hour. He had previously worked in shipping and receiving and had recently been transferred to quality control. He currently drives a 2008 Chrysler and lives in his parents’ home in Bellbrook, Ohio.

According to an anonymous co-worker, Brock had been with the company for over two years at the time so he likely joined back in 2017, just a year after he was released from the San Jose jail. The same source also said that he’s a ‘reserved character’ who just ‘keeps his head down and does his job.’

Since then, Chanel Miller, whom he had sexually assaulted back in 2015, has written and published a memoir titled, Know My Name: A Memoir, in which she describes her story. In 2019, the book won the National Book Critics Circle Award for autobiographies. It was also named one of the top ten titles of the year by The Washington Post.