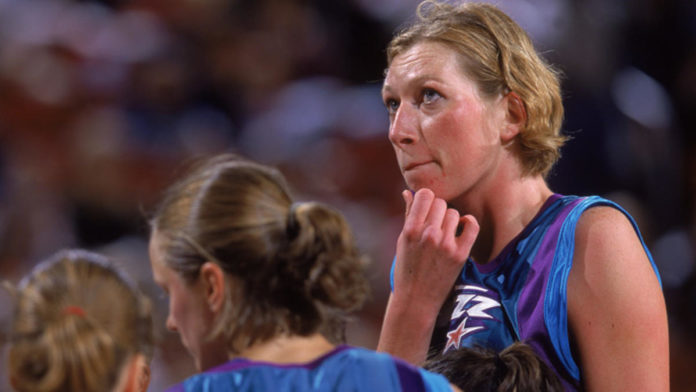 Height is just one of those characteristics that is capable of separating us all. There are a lot of people out there who are self-conscious about their height, believing that they’re either too tall or too short.

In this article, we’ll be talking about some of the tallest women in the entire world. These women are obviously going to be ranked in ascending order based on their heights. Without further ado, let’s get right into this list. 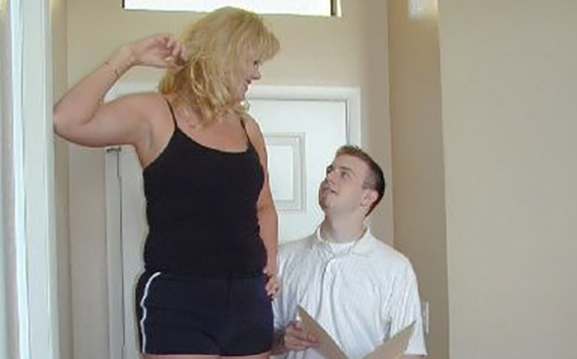 Heather Greene lives in Las Vegas and measures 6 ft 6.6 in (7 ft with heels). Like most of the women on this list, she’s been tall most of her life. By the time she was fifteen, she was already over 6 feet tall!

Throughout the years, she’s been featured as a model on a number of websites including Cassidy Heights, The Amazons Arena, and Tallkat. She also posts pictures of herself on Heatherhaven.com.

Her hobbies include traveling, painting, water sports, and skiing.

Rita Miniva Besa was born in Zambia but lives with her family in the United States, where she plays basketball. Given her height, she definitely has an advantage out on the court. For reference, the average height of a WNBA basketball player is 6 feet. 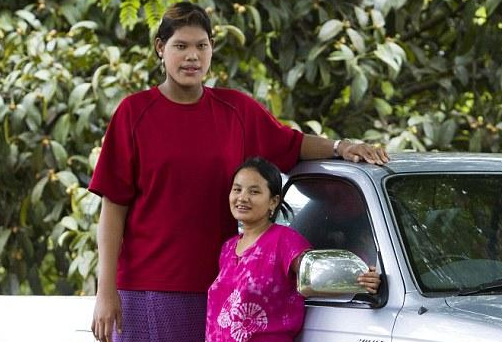 Malee Duangdee was the tallest woman in Asia. Born and raised in Thailand, she was diagnosed with a pituitary gland tumor at the age of nine, which caused her to grow at an extraordinary rate. She lived in the Bo Rai district with her family and worked at a rubber plantation.

Unfortunately, her family was unable to afford the treatment necessary to remove the tumor so she eventually lost her sight. However, that didn’t stop her from living life to the fullest. In 2013, she had a chance to meet Pornchai Saosri, who claimed to be 8 ft 10 in tall, though it’s not verified by Guinness World Records.

In 2016, she passed away from a heart attack following a long history of high blood pressure and heart disease. Prior to her death, she was 6 ft 10 in tall.

Gitika Srivastava measures 6 ft 11 in and used to play for the Indian National Women Basketball Team. Born in Jamshedpur, she attended Loyola High School and later studied computer science at Harvard University. She eventually received an MBA from the Massachusetts Institute of Technology.

It’s said that her father was also a former basketball player so she may have very well inherited the tall gene.

A businesswoman, she founded the Navya Network, a clinical informatics company that helps cancer patients make important decisions after a close family member was diagnosed with cancer in 2007.

In 2021, she and a few other entrepreneurs sent a plane loaded with oxygen concentrators and supplies to India amidst the COVID-19 pandemic. They also wired $600,000 for other medical resources. 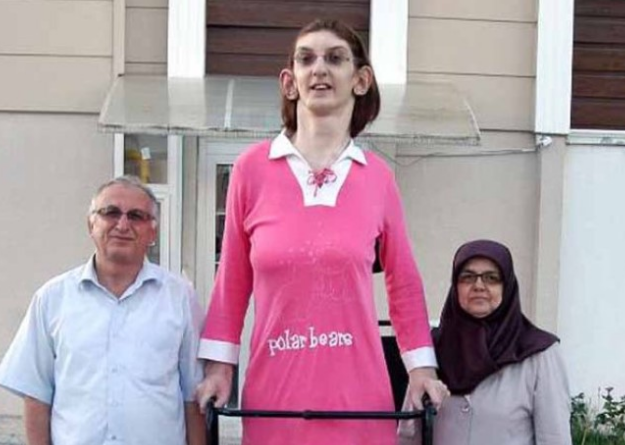 Rumeysa Gelgi is a 24-year-old woman from Turkey. She’s also the tallest living woman in the world, a title she’s held since October 2021. Previously, she was named the tallest living female teenager by Guinness World Records at the age of 18.

As it is, her phenomenal height is due to a condition called Weaver syndrome, which causes accelerated growth, among other symptoms. For that reason, she usually moves around in a wheelchair. However, she is able to use a walker for short periods of time.

According to a recent interview, she’s keen on using her platform to raise awareness of Weaver syndrome and other rare medical conditions. As of 2022, she lives with her family in the Karabuk province of Turkey.

For most of her career, she played for the Latvian team, TTT Riga, and was a member of the Daugava Voluntary Sports Society. With TTT, she won the European Champion’s cup 15 times and the Soviet Union Championship 15 times. She also won two Olympic Gold medals while playing for them in 1976 and 1980.

In 2007, she received the Lifetime Contribution to Sport Award. That same year, she was inducted into the FIBA Hall of Fame. 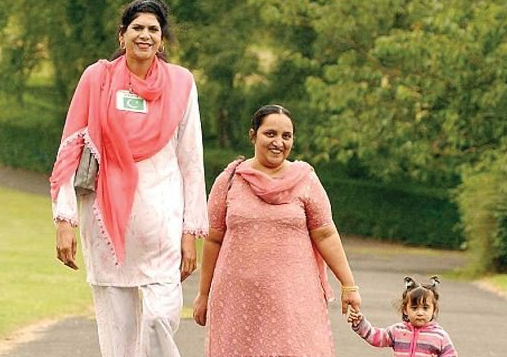 Zainab Bibi is the tallest woman to have been born in Pakistan. Due to her staggering height, her family moved to Britain, where she petitioned for asylum. They were later given a flat in the Greater Manchester area.

In 2011, she came into the limelight after she was arrested on suspicion of killing her husband and trying to cook the pieces. Allegedly, her 22-year-old nephew had helped her carve the body into small pieces so that they’d be easier to dispose of.

Neighbors called the police after detecting a foul odor in the neighborhood. She later admitted to the murder and even said that she doesn’t regret her actions. As for why she killed her husband, she said she did it because he had ‘wanted a physical relationship with their daughter’.

Margo Dydek was a Polish professional basketball player who stood 7 ft 2 in tall. She played center position for Utah, San Antonio, Los Angeles, and Connecticut in the WNBA and was a coach for the Northside Wizards.

Unlike the other females on this list, she was not diagnosed with gigantism. Rather, it was due to genetics; her father was 6 ft 7 in tall and her mother was 6 ft 3 in tall. She also had two sisters, who measured 6 ft 7 in and 6 ft 6 in tall.

In 2011, she collapsed at home after suffering a heart attack while pregnant with her third child. She was taken by ambulance to Brisbane hospital, where doctors placed her in a medically induced coma. Unfortunately, she never regained consciousness and passed away several days later. 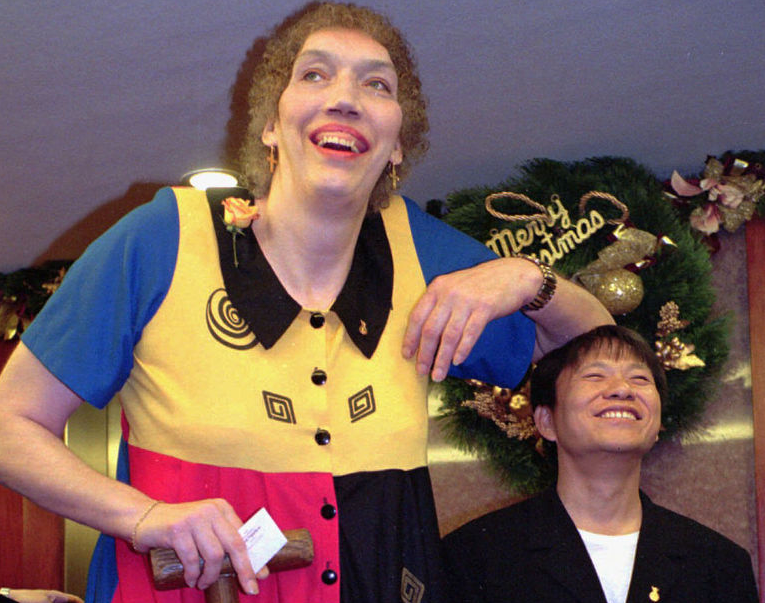 Sandy Allen was born on June 18, 1955, in Chicago, Illinois. Growing up, she lived in Shelbyville, Indiana, where she was raised by her grandmother. As a young teen, she stood over 7 feet tall. She was later diagnosed with a tumor in her pituitary gland, which caused her growth hormone levels to go up uncontrollably—up to 1,000 times the rate of a normal individual.

At the age of 22, she underwent surgery to remove the tumor; it was successful and stopped her from growing taller. She went on to appear in several TV programs including the movie Side Show and the documentary, Being Different.

In her later years, she used a wheelchair as her back and legs could no longer support her height while standing. She passed away on August 13, 2008, after suffering a recurring blood infection. She was also said to have type 2 diabetes, kidney failure, and breathing problems.

Yao Defen was the tallest woman in the world. Born on July 15, 1972, she was the daughter of two farmers, who lived in the Anhui province of Shucheng County.

As a baby, she was normal-sized. However, she began to grow at an extraordinary rate as a child. By the time she was eleven, she was over six feet tall. She was later diagnosed with gigantism, which was caused by a large tumor in her pituitary gland; this lead to an overproduction of growth hormone, which resulted in excessive growth.

Due to financial trouble, however, she didn’t have the tumor removed until 2002. A British TV program had helped raise the money after filming a documentary special on her. After surgery, her growth hormone levels went back to normal and by the time she returned home, she was able to walk unassisted by others with crutches.

She later passed away in 2012 at the age of 40 from an unspecified condition. At the time of her death, she measured 7 ft 8 in tall.