‘Seinfeld Star’ Estelle Harris Passes Away at the Age of 93 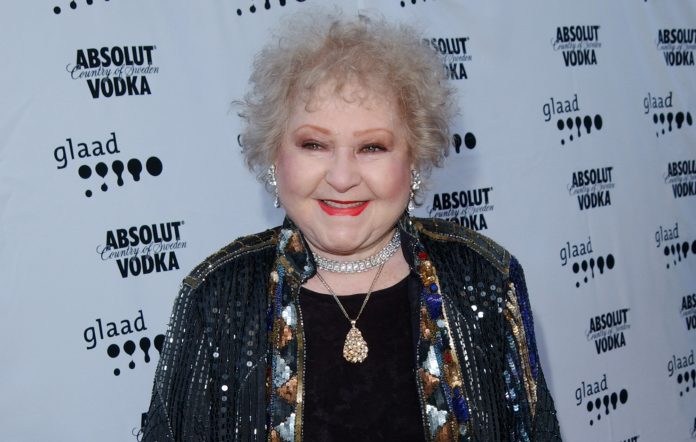 Estelle Harris, who’s best known for playing Estelle Costanza on the NBC sitcom Seinfield, passed away from natural causes on Saturday, April 2nd in Palm Desert, California, just three weeks prior to her 94th birthday. The news was confirmed by her son, Glenn Harris, who held her as she drew her last breath.

Since then, many celebrities have paid tribute to the actress on social media including Jason Alexander, who played her son on the hit NBC show. He remembered the late actress by saying, “One of my favorite people have passed – my tv mama, Estella Harris. […] I adore you, Estelle. Love to your family. Serenity now and always” with the hashtag #RIPEstelleHarris. The tweet has since been liked 159.3K times and shared 11.2K times.

The actress had previously battled cancer nine years ago, but the doctors had been able to “[get] it all out.” She is survived by her three children: Taryn, Glenn, Eric, three grandsons, and one great-grandson.  Her husband of 68 years, Sy Plans, had passed away a year prior on January 11, 2021. Plans for her memorial have not been disclosed to the public.

Who Was Estelle Harris?

Born on April 22, 1928, in Manhattan, the actress had moved to Pennsylvania with her family when she was seven years old to live near her uncle, whom she eventually worked for at his candy store. In 1977, she began her acting career in the film Looking Up, which centered around three generations of a Jewish family. It wasn’t until the early 90s, however, that she rose to fame by playing the role of George Costanza’s (Jason Alexander)’s mother in the sitcom, Seinfield.

Throughout the next decade, she appeared in numerous television series including The Mask, The Pinnochio Shop, Good Advice, Living Single, Addams Family Reunion, and Star Trek: Voyager. Some of her other TV credits include Weakest Link, Sabrina, the Teenage Witch, Phil of the Future, ER, iCarly, Curb Your Enthusiasm, and The Exes. Her most recent television role had been in the TV film The Slice playing the role of Mama D’Angelo.

In addition to that, she’d appeared in many films including Out to Sea, The Odd Couple II, Lost & Found, Good Advice, Playing Mona Lisa, What’s Cooking, The Grand, Movin’ In and My Giant. Her final acting role was that of Sylvia Silver in the comedy Promoted.

She’s lent her voice to various characters as well including Mama Gunda in Tarzan II, Mama Lipsky from Kim Possible, Audrey in Home on the Range, and Mrs. Tammy Turtle in Mickey Mouse Works. She’s also known for voicing Mrs. Potato Head from theToy Story series, a role which she has played several times over the years. It also happened to be her final (voice-acting) role on film.