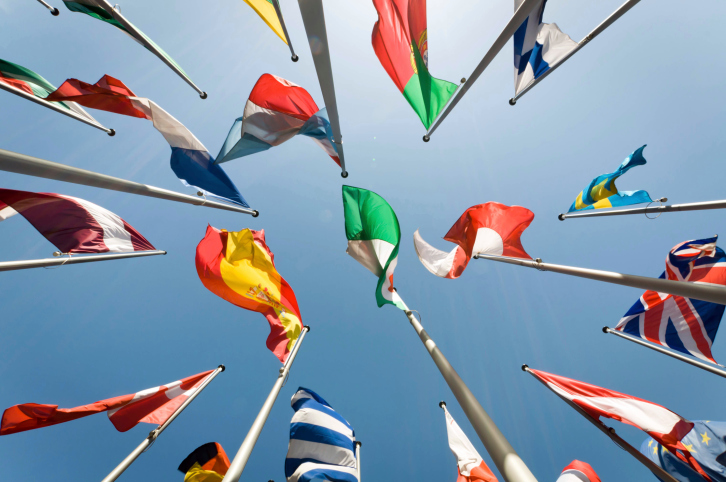 Often when people think of Europe, they think of the pinnacle of society; Beautiful cities, peaceful borders, and prosperity. However like in all places of the world, Europe also knows struggle and poverty. Here, we list the ten poorest countries in Europe by way of Gross National Income per capita. Figures are calculated by data procured by the World Bank. 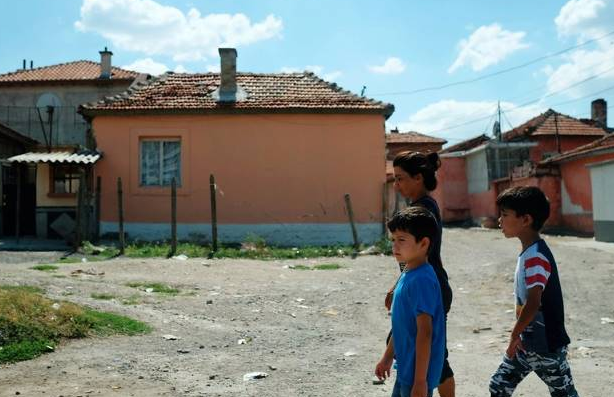 Bulgaria is number ten on our list with a per capita GDP of $11,350. In the 90s, the country lost its soviet primary market when it tried to transform itself into a free-market democratic economy. In the end, however, it only further worsened their economy.

The 2008 global financial crisis didn’t help either. According to Eurostat, more than 22 percent of the population is at risk of poverty and more than 530,000 are already living below the poverty line (less than €185 per month). The good news is that their unemployment rate did drop from 4.9 percent to 4.7 percent in 2022.

Serbia is currently in ninth place with a per capita GDP of $7,250. While the country enjoyed good economic growth at the beginning of the 2000s, things began to decline in 2009 due to the global financial crisis. For one thing, it had increased the country’s external debt to 64 percent of its GDP.

Not only that, but Serbia is also prone to natural disasters such as earthquakes and floods, both of which can significantly impact their economic progress. The proliferation of organized crime syndicates also contributes to the problem.

According to recent surveys, approximately one-fourth of the population (just under 1.8 million individuals) is at risk of poverty. 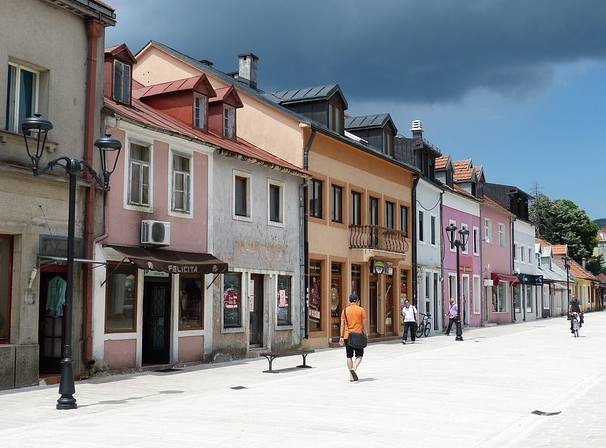 Montenegro has a small economy—one that relies heavily on capital inflows from abroad. They also have minimal exports, which have contributed to a structural trade deficit. What’s more, is that a significant portion of the population is comprised of refugees and internally displaced individuals. As a result, the poverty rate is six times higher than the national average.

As of 2022, they had a per capita GDP of $7,684, which puts them in eighth place on our list. The country’s poverty rate has also increased from 11.3 percent in 2010 to 16.2 percent in 2021. And according to surveys, between 9 and 33 percent of the population live in economically vulnerable situations.

Belarus is a landlocked country in Eastern Europe and like many of its neighbors, it had faced deep economic trouble following the collapse of the Soviet Union in 1991 (prior to that, it had one of the highest living standards). The two-year recession between 2015 and 2016 also took a toll on the Belarusian system, which was already unstable.

While a lot of process has been made over the past decade and a half, more than 41 percent of the population still lives below the national poverty line; this is mainly due to falling labor incomes. Not to mention that more than 196,000 people are currently unemployed. 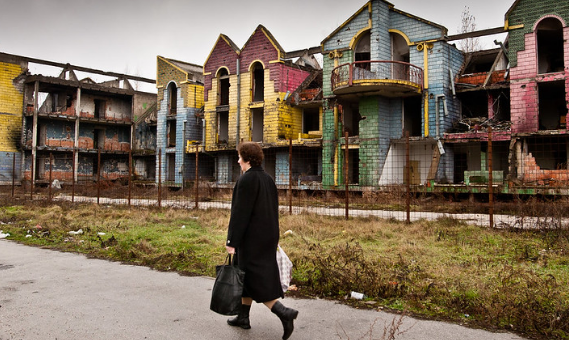 Bosnia and Herzegovina is a country on the Balkan Peninsula that borders the Adriatic sea.  While it was previously classified as a middle-income country, the legacy of war had taken a toll on its economy. Not only do they have a high poverty rate (approximately 18.6 percent or 640,000 people), but the quality of social protection, public healthcare, and education is also low.

Unemployment rates are also high (approximately 16 percent in 2021), especially among youth between the ages of 15 and 24; this is driven by economic stagnation, nepotism, and widespread corruption. With that said, numbers have trended downward in recent years.

North Macedonia was Yugoslavia’s poorest republic prior to independence (they only contributed five percent of the federal output of goods). Since then, the country has undergone dramatic economic change with trade accounting for approximately 90 percent of its GDP. Still, it has a high unemployment rate of 16.5 percent.

Not only that but it’s estimated that 30 percent of the population live below the poverty line, something that has resulted from the country’s ethnic and political tensions. Material deprivation, low incomes, and unemployment also play a role. 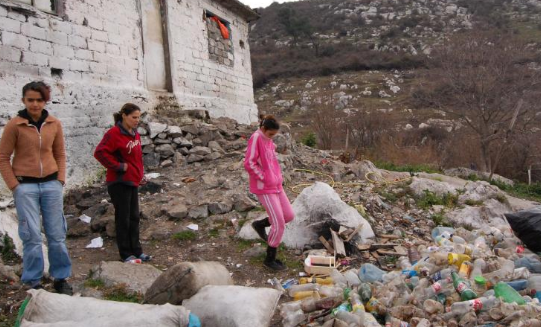 Albania is a small, mountainous country that’s situated in the Balkan peninsula. While poverty has declined significantly over the past couple of decades, it’s still a considerable problem as one in ten lives below the poverty line. Not only that but over half of the population is at risk of social exclusion. Unemployment rates are also high. If anything, the Covid-19 pandemic has only worsened the situation.

Fortunately, the country is rich in natural resources such as iron, oil, coal, natural gas, and limestone and that has helped the economy slowly recover. With that said, its GDP per capita is still lower than many countries in the EU.

Kosovo is number third on our list with a per capita GDP of $5,020. Also known as the Republic of Kosovo, the country has a very high unemployment rate—one that has exceeded 30 percent as of 2020. What’s more, is that one-third of the population (approximately 550,000 individuals) lives below the poverty line; this is mainly driven by low wages and high unemployment. Political instability, sanctions, and wars have also contributed to the problem.

Having said that, the country’s economy has grown steadily since the declaration of independence in 2008. It also has very low government debt, which may help with economic growth in the coming years. 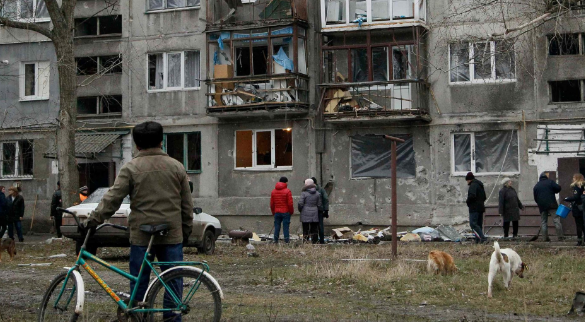 Ukraine has a GDP per capita of $3,726, which makes it the second poorest country in Europe. While it previously had one of the largest economies, it had slipped into recession following the collapse of the Soviet Union.

The recent war with Russia hasn’t helped either. Not only has it resulted in thousands of innocent deaths, but it has also caused the destruction of infrastructure (losses have already exceeded $100 billion), as well as huge displacement inside the country. It has also resulted in a sharp rise in inflation, which has affected energy, food, and major commodity prices.

In total, the ongoing conflict has caused the country’s economy to shrink by 45 percent, according to Worldbank. Prior to the war, Ukraine’s economy had been growing steadily at a quarter-on-quarter rate of 7 percent.

The Republic of Moldova is sandwiched between Ukraine and Ukraine; they are also the poorest country in Europe, having suffered an economic collapse following their independence in 1991. This is mainly due to trade restrictions, government corruption, limited agricultural investments due to small farm size and low food yields (its economy heavily relies on the agriculture sector), and a weak social system.

According to a recent report, approximately 10 percent of the country’s population lives in absolute national poverty while 28 percent live below the national poverty line. The unemployment rate has also gone up in recent years—from 2.6 percent in December 2021 to 3.01 percent in 2022. What’s more, is that 30 percent are not enrolled in any formal training.

The Gazette Review is your daily news source covering everything from world news to personal finance. We provide the most recent, unbiased accounts of the news that matters to you. Contact us: [email protected]eview.com