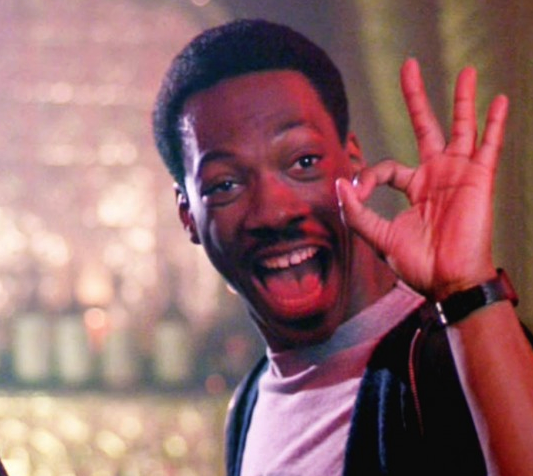 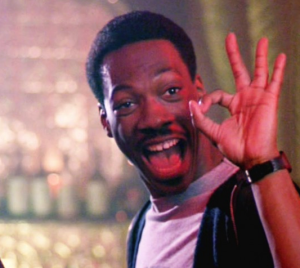 It is difficult to dispute Eddie Murphy’s place in the history of comedy. The former SNL star is consistently rated among the greatest standup artists to have ever lived, and, according to boxofficemojo.com, ranks fourth among the highest grossing film actors of all time. The donkey from Shrek, the dragon from Mulan, Beverly Hills Cop, and countless other roles have cemented his place in our hearts. The world’s love affair with Mr. Murphy seemed like it would never end, even surviving the numerous controversies involved with the sometimes racy actor. Yet, in the last few years, Murphy has mostly vanished from the screen and you might be wondering what happened.

By age 15, Murphy was performing standup comedy publicly, and the young artist was well on his way to becoming a star. When he was only 19, Murphy was given a cast member spot on Saturday Night Live. He thrived at SNL, quickly becoming a fan favorite with his recurring skits like Buckwheat, Gumby, James Brown, Little Richard Simmons, and Mr. Robinson. In 2015, Rolling Stone ranked Murphy the second greatest SNL cast member of all time behind only legend John Belushi. This is especially impressive considering that Murphy was only on the show from 1980 to 1984. This brief period of time as an SNL rock star would be pivotal in allowing Murphy to launch his film career. 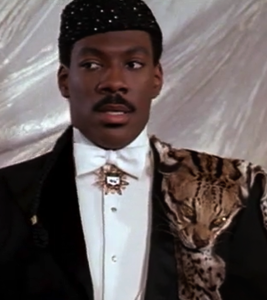 Murphy’s first big hit was 48 Hrs., in which he starred with Nick Nolte. The movie is often credited with creating the “buddy cop” subgenre of action comedy movies. The film was a major success. In it, Murphy played a convicted criminal that cop Nolte joins forces with in order to catch a notorious cop-killer. Murphy would later return to the genre for Beverly Hills Cop, but this time Murphy himself would portray an officer of the law, streetwise Axel Foley. The film has since become an 80’s classic, and it made Murphy internationally famous, launching two sequels, and winning many awards. It was the highest grossing film of 1984 in America. Slightly less successful, but still significant was Murphy’s 1983 movie Trading Places. Starring alongside his fellow SNL cast member Dan Aykroyd, Murphy played a homeless man who trades places with an upper-crust stock broker as part of a cruel social experiment. Trading Places was the fourth highest earning film that year, still an admirable achievement for the young Murphy. He would go on to make a number of other successful comedy films in the 80’s including Beverly Hills Cop II, Coming to America, Another 48 Hrs, and the Golden Child.

Murphy’s success was stymied in the early nineties, until the launch of a new family-friendly franchise, the Nutty Professor. A remake of a classic 1963 film, Murphy played professor Sherman Klump, a fun but dumpy scientist who dreams of changing his life. After developing a formula which temporarily transforms him into the hot, stylish Buddy Love, Klump lives a double-life. He then dates the girl of his dreams while trying both to keep his secret identity under wraps and to keep his new hyper-aggressive personality from ruining other parts of his life. The movie was a box office smash, drawing over a quarter of a million dollars at the box office and Murphy’s performance (as seven different characters) was praised. Murphy had similar success with another family film remake, Dr. Dolittle, in which Murphy played a veterinarian who can communicate with animals. Murphy also voiced a tiny dragon named Mushu in Disney’s smash hit Mulan, and, in 2001, he soared to new heights as the lovable donkey character, Donkey, in Shrek, the animated classic about a lonely ogre. 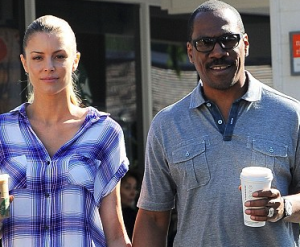 While Murphy got a lot of mileage out of Sherman Klump, Dr. Dolittle, and Donkey, appearing in at least one sequel as each character, his reign as comedy king was coming to an end. A series of failures dotted the beginning of the new millennium for Mr. Murphy. Most important was a 2002 science fiction comedy, the Adventures of Pluto Nash. A big budget project of over $100 million dollars, and much more than that after advertising costs, Pluto Nash holds a record as one of the most expensive flops of all time, failing to recoup even $5 million at American box offices. The movie was criticized for its surprisingly bad special effects, its acting, poorly written dialogue, and unfunny jokes. Several other flops followed including Norbit, in which Murphy plays both members of an abusive, dishonest couple for comedic effect; Meet Dave, in which he played a human-shaped spaceship; and Imagine That, in which a magical blanket saves Murphy’s securities firm from evil Native American magic. All of those movies are absolutely real. 2011’s ensemble action comedy, Tower Heist, was a little more successful however, but his association with its controversial director Brett Ratner would still cost Murphy the chance to host the Oscars.

Murphy has also had a history of legal troubles. In 1997 Murphy was caught by the police with a transvestite prostitute in his car. She would later turn up dead, due to officially unrelated causes. These troubles also included an alleged plagiarism scandal, and two divorces. He is also the alleged father of one of the Spice Girls’ children, Mel B’s daughter Angel. Murphy has only made a handful of films in the last ten years, although he is apparently in talks to produce and star in a fourth Beverly Hills Cop film, set in Detroit. Time will tell whether his career can experience another revival. Perhaps his time in the sun has simply come to an end.

Eddie Murphy recently worked on the film Coming 2 America as a writer and producer. He also starred in it alongside Arsenio Hall, Jermaine Fowler, Leslie Jones, and Tracy Morgan. Not only did he reprise his role as King Akeem Joffer, but he also played Randy Watson, the lead singer of Sexual Chocolate, Saul, the Jewish barbershop customer, and Mr. Clarence, the local barber.

Prior to that, he worked on the 2019 biographical comedy film Dolemite Is My Name, where he played the role of Rudy Ray Moore. Other cast members include Da’Vine Joy Randolph, Keegan-Michael Key, Mike Epps, and Craig Robinson.

That same year, he appeared in the talk-show web series Comedians In Cars Getting Coffee, which is hosted by Jerry Seinfeld.

To promote Dolemite Is My Name, he also guest-hosted an episode of Saturday Night Live, where he reprised his popular characters including Velvet Jones, Mr. Robinson, Buckwheat, and Gumby. His first time hosting since 1984, it earned overwhelming acclaim from both critics and audiences, making it the most-watched episode since 2008, when actress Tina Fey was on the show. It also earned him a Primetime Emmy Award for Outstanding Guest Actor in a Comedy Series in 2020.

In terms of upcoming projects, he will be appearing in the comedy film you People alongside Julia Louis-Dreyfus, Molly Gordon, Mike Epps, and Lauren London, which is set to be released in 2023 on Netflix.

Not only that, but he will also be starring in the action comedy film Beverly Hills Cop: Axel Foley, directed by Mark Molloy. In it, he will play the titular role of Axel Foley, a street-smart police detective who travels frequently to Beverly Hills to investigate crimes. So far, a release date has not been announced.

It has also been announced that he will be playing the role of George Clinton in an untitled biopic film with Catherine Davis and John Davis producing through Davis Entertainment.

For more updates, you can follow the stand-up comedian and actor on social media. He has an Instagram account (@eddie_murphy_official1) with over 29K followers as well as an official Facebook page that’s updated every now and then.